You know me, I love Tyranid Fortifications and I obviously have strong views on them particularly those that claim they're not something Tyranids would do - they absorb and mutate other life forms, steal their tactics and evolve to overcome them if you don't think they'd produce fortifications alongside the rest of their bio-constructs then you're not looking at the same faction I am. And to top it all considering GW have no love for creating nid fortifcations then it falls to the hobbyist to make their own and they can be as easy or complex to build as you like, thanks to their organic shapes. Now my old mate Otty has empited his bitz box here on his Bastion, with enough spares that it propably costs more than a standard Imperial variety. Enjoy the pics and his decriptions


Here are some photos of my tyranid bastion. The first is black undercoat, then onto block colours. 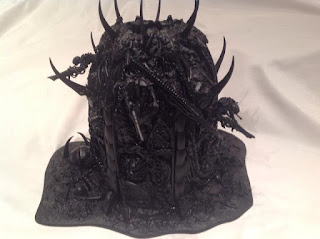 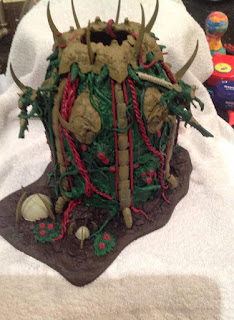 the third and fourth washed 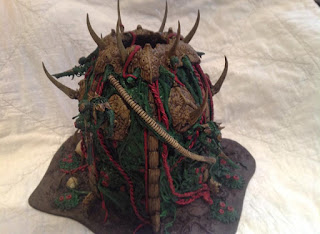 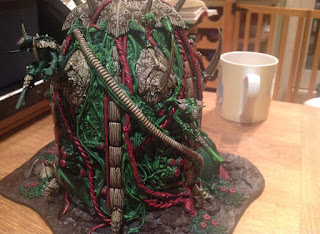 then the last 3 are the layers and highlights. 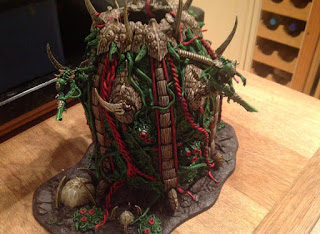 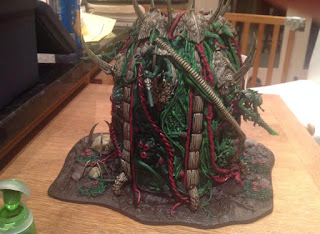 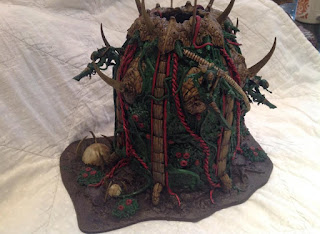 This is the finished article. The hole at the top, isn't quite as large as I would have liked, it did start off larger, taking the inspiration from tyranid box art ,which appear to show bastions or towers in the background. I extensively modified the original, adding more scything talons and numerous tyranid components. Changed the automated weapons for gene stealers holding death spitters. 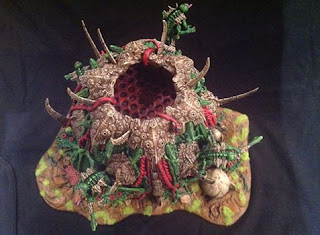 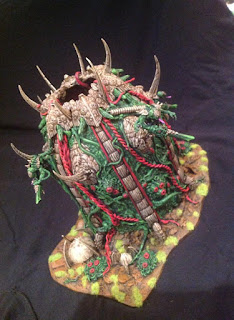 I love the way those Devourers poke out perfectly from those gaps in the Carnifex carapces that are there to accomodate it's vent stacks - inspired. 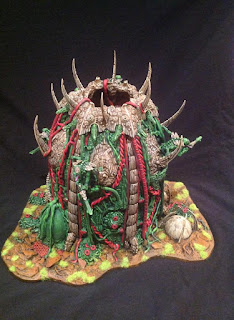 Well what do you think? There's got to be a point soon where we look at another Apocalypse game I hoped I'd be able to field more of my army now but Otty keeps banging stuff out of such an awesome level I'll struggle to fit in my stuff ;) Anyway, he's given me some more pics to share with you  so look out for those and I hope this has inspred you to build your own nid structure.
Posted by 40kaddict at 12:13