Included with the Tyranid Bastion pics were these other nid fortifications. I've never been a fan of the Venom Cannon design but I do think this use of them looks particularly beastly effective:


The plan is to complete a set of tyranid fortifications,starting with the bastion,which is now complete. This shows my quad gun, it's made from spare Hive Tyrant legs,and original screamer killer body and 4 venom cannons. it unfortunately no longer fits on top of the bastion. 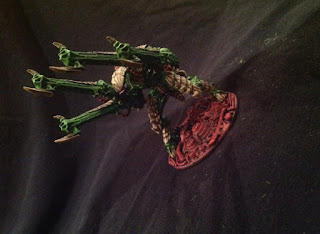 This pic is some of the tyranid defence lines. Progress is slow, but when finished it will correspond to the correct length of an imperial defence line. It is made out of old gaunts spare tyranid warrior heads and every spare chitinous armour plate I could find. 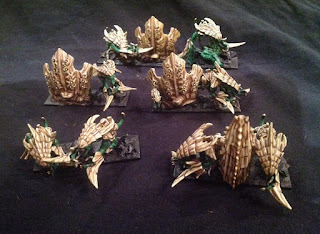 I made and painted this version of "old one eye", it's sole purpose to make my army a legal blog wars army, by having a named warlord. 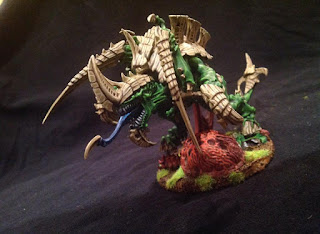 The important aspect of this is that Otty will be attending his first Blog Wars. It'll be great for us all to be there and no doubt he'll do well in the painting competition 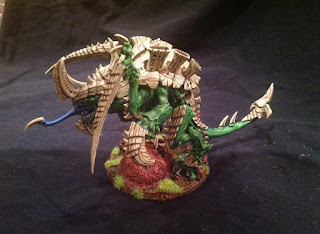 If I can't get the Dark Angels to a standard I'm happy with I may go with Old One Eye as my Special Character too. We'll have to see.
Posted by 40kaddict at 12:27