Another dryfit, but finally you can see how this guy is coming together and I think this pose somehow manages to dispense with that gangly look the Cerastus can suffer from. 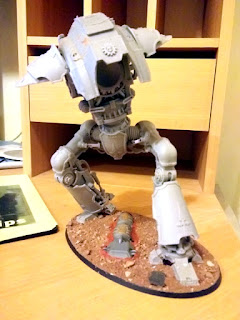 In fact I think it's extremely reminiscent of the the Riptide pose, what do you think? 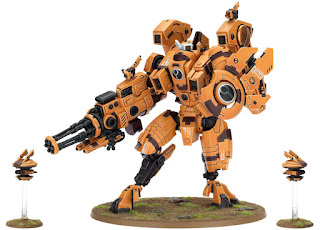 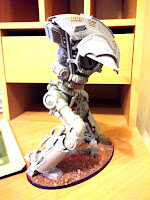 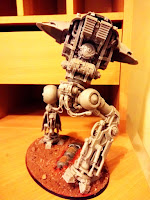 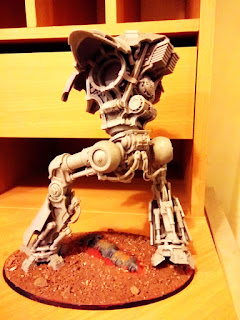 Around about this time I suddenly discovered I had misplaced yet another piece of the kit, in particular one of the shoulder mounting armatures. This particular piece was far from replacable, I mean even when I lost the waist socket I waited a good month hoping I would find the piece [which I did] despite it being replacable with a 25mm base. However, with this project gathering momentum, because I knew the shed was due and that was going to become my main focus I wanted to move this on, despite the potential hiaitus offering me opportunity to find the missing piece. So I set about a simple cast of the missing piece. First up I got some of that Oyumaru - Japanese plastic putty you put in boiling water to make malleable. I did just that and cast it round the other arms existing armature. I actually had to snap it to remove the shoulder piece. 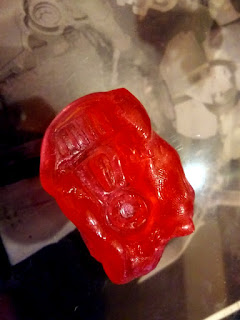 Now the Milliput cast isn't great, but it will be covered by the shoulder pauldrons, and I've swapped the shoulders around so this will now be the back armature, which is tilted to the ground anyway so will be less noticable altogether. 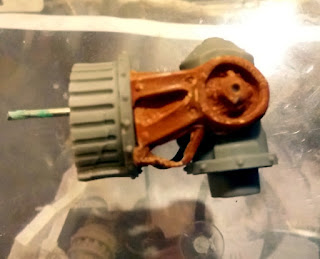 Sure, it's not as good as this, but it'll do and as the whole thing is pinned at the shoulder the Milliput just has to stay in place. 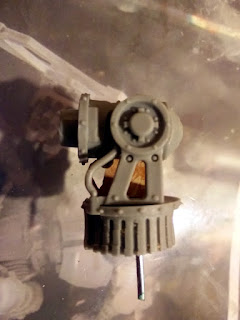 So, now I can start painting this thing...