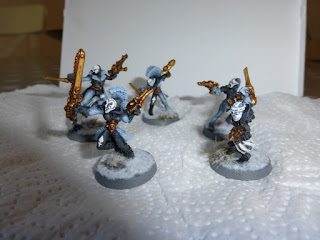 As I sit here awaiting the delivery of my 40k man-cave and bemoaning a lost ['errant'] piece of an Imperial Knight I thought I'd share some of PeteB's Harlquins. I'm not sure how many time's Pete's put faith in these clowns but it's nice to see the old skool metal ones which I had myself way back when. 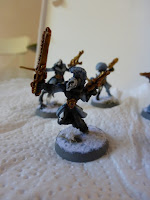 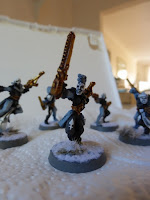 It's interesting how the choice to continue a theme from the rest of the Craftworld actually makes them all look like they've been plucked from a B&W movie. Anyway, he's got just a little to say about them... 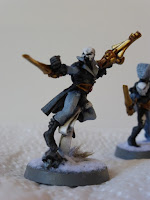 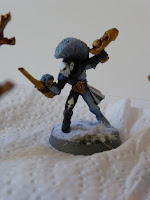 Not sure about the name for the masque, but due to the cold conditions I thought the Masque of the Shrivelled Weenie? 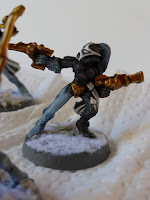 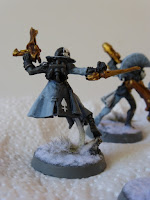 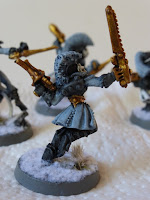 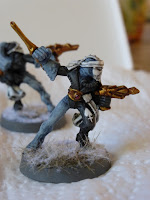 I've also included a pic of Fuegan, who I will be using as a fire dragon exarch, mainly as he has to be the most over compensating elf I have ever seen!! 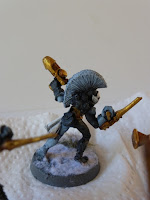 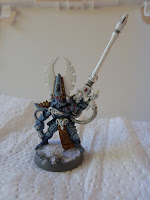