Make your own Vortex template

I've not really had a need for a Vortex template before, but then the Ravenwing Dark Talon's Rift Cannon was upgraded to give the potential to create one so I suddenly had the urge to get one. Of course they're quite difficult to get hold of and on ebay they're going for about £15! So I wondered about alternative options. I still recall Ron From the Warp's awesome 'Wiffle ball' tutorial but funnily enough it was Rob's tutorial from warhammer 39999 that I remember most. But Wiffle balls don't seem to be easily available in the UK so I got to thinking about other 3" diameter objects 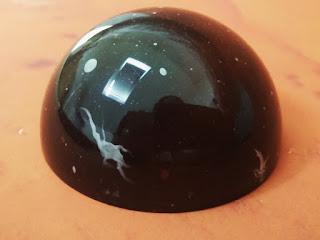 And I already had them! A while back I helped my son make a Neon atom for his physics class and the centre-piece containing the electrons, protons, neutrons [delete as appropriate science folk, I think the electrons are aound the outside?] was a clear plastic Christmas bauble. now I only needed one but my local art/craft store had a pack of 10 and they're just 4mm wider than a standard small blast so I thought I'd have a crack at making my own, so first up I cut off the hanging tab. 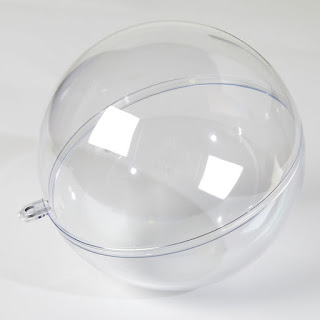 Now the difference with these is you can spray them on the inside to retain a super high gloss finish. So I covered my hands in a plastic bag and sprayed above the bauble with white, trying to ensure spots of paints dropped onto the bauble y'know for that spacy look. 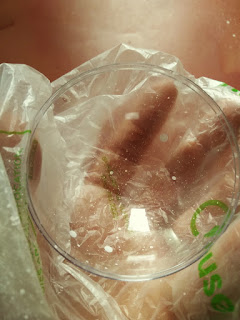 And it came out alright, but while I was taking the pictures I missed the opportunity to drag some of the bigger spots with a cocktail stick for some weird warp lightning. 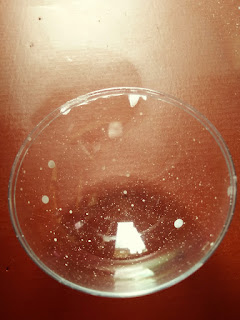 And therefore I sprayed some on some cardboard and tried to paint it on, with limited success and actually picked up some of the Red Oxide undercoat when the solvents managed to melt the primer on the spray box I was using. Still it was a first draft so I didn't mind so much. 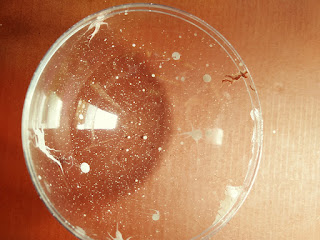 I then did the same with the Red Oxide primer to add some nice colour tints to it, like gaseous nebulas and then it was a coat of black spray primer. 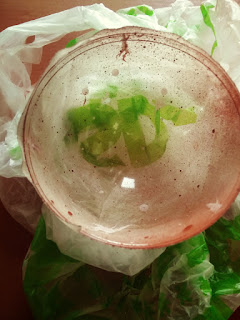 And I ended up with this! OK, it's not perfect but Ron took 12 attempts to get happy with his and Rob did three. As I only had the one coloured spray can and paused to take pictures inbetween I was a bit limited but for practically zero cost I'm chuffed with the results especially the high gloss finish, which is the advantage of spraying inside the bauble. Of course you can paint the outside too if you want a matt finish but that'll require a varnish to protect your handiwork. 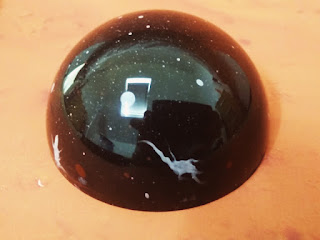 I did actually put an LED candle inside to see if it would add an unearthly glow in the warp but it was a bit pants, and even worse in the dark as it shone through all the black spray like it wasn't even there! 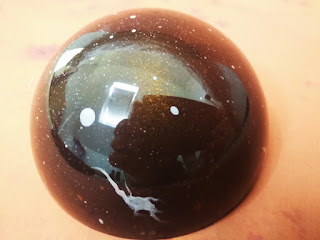 Anyway, for a 5-10 minute job I'm pretty pleased with the results, so thought I'd share an alternative way to make the Vortex templates
Posted by 40kaddict at 13:16