Next up smurfs, it's the boys in blue the Ultramarines. I see a lot of dislike on the net for them which is a shame, my epic force was predominantly Ultrmarines they're relatively easy to paint it's a shame they've become whipping boys for elitist chapter whores. Saying that I didn't take an awful lot of pics but here's a nice command squad. 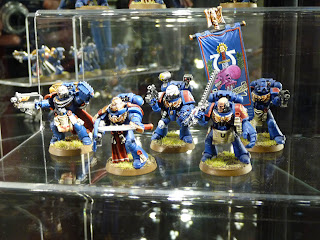 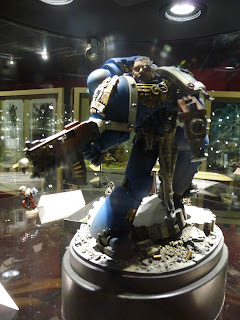 By the looks of these I think they are the actual Ultramarines from the new 6th Edition rule book, a much darker and toned down blue. Some of those pictures really show the grimdark reality of the 41st Millennium and the new tone of these Ultramarines illustrates this, a perfect transition from the prighter command squad above. 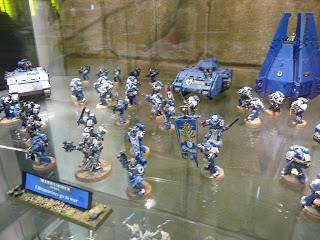