An answer to my secret shame

A while back I opened up, quite literally, the secret shame of my figure case. Since then I've managed to transition a lot of figures to my aluminium case and all the termagants and big guys fit neatly into that box in a variety of takeaway boxes and bubble wrap. However the CORE drill case is still a bit messy.

My dear wife had mentioned some craft storage boxes at Home Bargain. I wasn't too keen as I didn't think individual spaces for figures would result in a compact storage solution but the Hormagaunts and Stealers were getting out of hand and my mate Ben had evangelised their use and as I stumbled upon a whole sheet of laminate floor underlay foam that is perfectly suited to making the plastic boxes more figure friendly I broke the bank and invested £1.79 in the medium sized box for 18 figures. 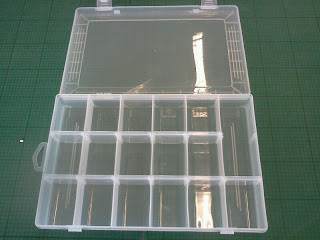 Currently I'm looking at a list with around a dozen Hormagaunts and a dozen stealers so this would handle three quarters of them and hopefully make it easier to deploy and pack away. Here's the underlay foam, its about 3mm thick and I put double sided tape down 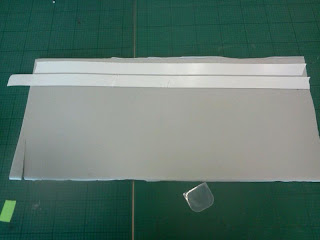 Having measure the internal space at a convenient 10cm I cut the foam to fit, peeled off the backing tape and pressed the sponge into place. 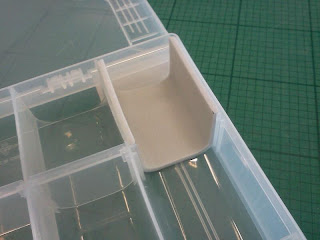 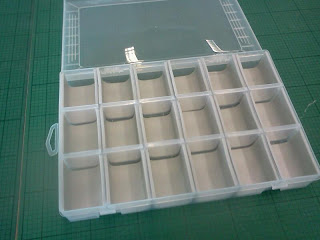 I looked at individual squares to top the cubbies off but it looked untidy, I'm sure one sheet would be neatest but maybe not the most secure so I went with three strips. Additionally you can make out some of the dividers have sponge too, they now all have it so there are no hard surface 'impacts'. Originally they were all cut to fit perfectly with the dividers but a simple rectangle serves the same purpose. 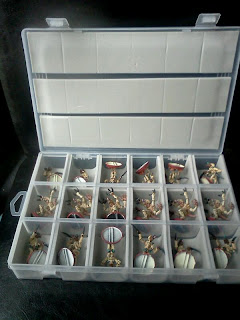 The stealers are just a fraction too big, often their claws pressing into the foam but these ones are fine. Newer stealers won't fit at all. The Hormagaunts are very specific in that only ones with limited claw and arm spread fit. The advantage being that these poses that are more 'compact' are perhaps more stable and less prone to wobbly model syndrome which is a bonus. 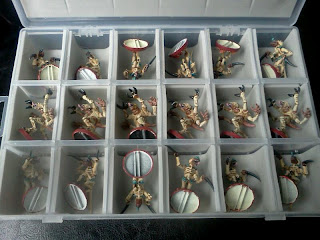 Thrilled with my success I actually went back for the larger 24 cubby case, each space bigger than the medium box and the whole thing costing around £2.50. All my stealers could fit into the box and amazingly the broodlord too! I'll share that one too when it's done, need more double sided tape.

So this is quite a viable option compared with a proper case until you hit the real problem being the 3mm underlay costing £22. Apologies, there may be alternatives, you may be lucky like me to have some stored somewhere or a friend who's just finished laminating their floor or you could buddy up with your gaming crew to share the cost. Alternatively you could look at this sort of foam which you can buy cheaper but also comes in loads of packaging too.