Much has been mentioned recently over the removal of Horus Heresy - Betrayal at Calth and Burning of Prospero. These were games in their own right but in all honesty folk were getting them for the models. Obviously they were ideal for Heresy era fans, those wishing to play Horus Heresy could fill out an army cheaply without resorting to older Mk armour from Forgeworld. Or, you might just want to play 40k with some cool retro looking Astartes, not to mention the original way to access Custodes.

That said, with the advent of Primaris Marines the need for these models in their own boxed games was probably quite expensive in production when you'd already started offer smaller tactical squad boxes of the same figures. Folk could still buy the earlier Marks albeit at not quite as good value and there was now no need to add in all the game components. It was a commercially sensible decision, the games aren't 'organised play' like Killt Team or Shadespire so no reason to keep them around. 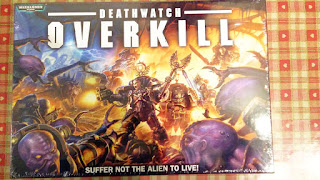 Which brings us to Deathwatch Overkill, which seems to have also been axed, and yet I'm not sur eanyone noticed. I'll admit my journalistic investigation has not stretched to asking GW directly if it's gone but it is no longer on their website, no longer on 3rd party retailers and one GW store manager described his sole remaing copy as 'contraband' and supposed to be returned to HQ. 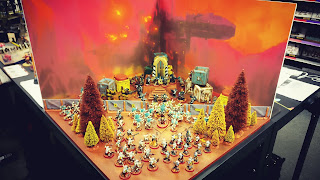 Now in principle the same valid commercial reasons for axing the Heresy games ring true here, the main difference being that we have multi-pose, Acolytes, Neophytes and now even Aberrants. What is sad is that the universal advice to those wishing to start Genestealer Cults - buy 2 boxes of Deathwatch Overkill is no longer appropriate. Definitely the most cost-effective way to fill out your army [not to mention Kill-Team Cassius, but that again has been carved off].

It's also sad about the game. I can't comment on the Heresy game but I like Deathwatch Overkill, I played it last night and I still really like it. Although I haven't played Shadespire yet I have a sneekinn suspicion the 'deck building' nature might be very similar to the Broodmind Deck mechanic in Overkill. 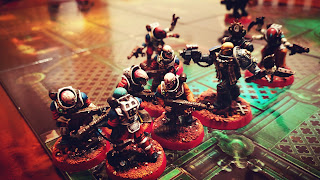 I'm not saying this is a mistake by GW or we should demand it's return, it may well come back in the future, like Space Hulk [also no longer available, again]. What I am saying is this was the best of the three games that came out before these boxed games got their act together. It's arguably the most valuable [we'll ignore renegades ;) ] and it therfore deserves far more of a lament than the Heresy games. 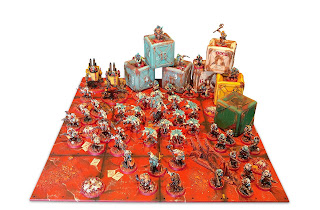