Armies on Parade board 2016

I have in my 18 draft blog posts one article about Armies on Parade that has been completed for nearly a year and I still can't decide if I want to post it. But I have decided that I may feel differently about the situation after tomorrow, so instead I thought I'd share my test layout for my board. 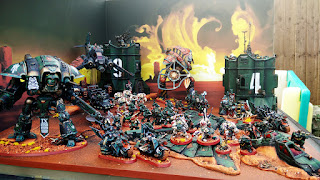 As you can see it's pretty much all my completed Dark Angels and their Knightly allies, I even included the crashed Aquila Lander. 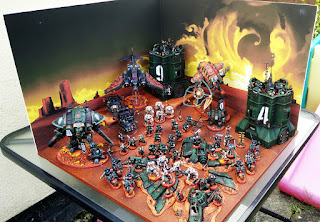 The two bastions are a bit OTT, it perhaps might look better as a scene with just the one and the two knights in each corner but I can't bring myself to drop them now. 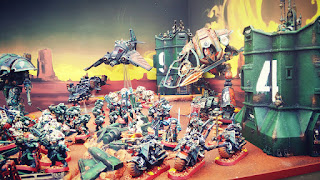 I'll be popping along tonight to set up as tomorrow I can only go later on in the day, presumably when all the voting has taken place. 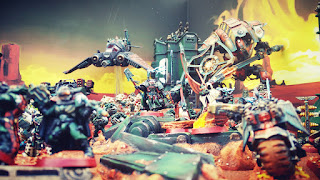 I did see a post on GW Bolton's Facebook page that showed their winners trophies, AND entrant pin-badges! Which I think is a really nice touch for those that are taking part. Fingers crossed they're happening everywhere. 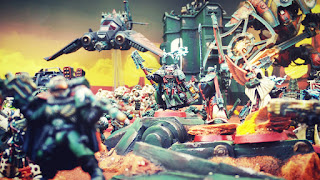 Part of me is really excited, I hope it can be a good day and exorcise the event for me and it to be an enjoyable experience. Any aspiration other than that is just the elusive bronze medal but I know I've done a grand job this time.

Everything on the board is new to AoP, the only hangover from previous years is the backdrop, the board itself is one of my Realm of Battle tiles [though I doubt folk would notice the difference]. 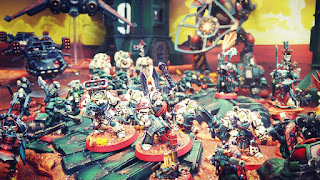 I even included the old skool assault marines I rebased for Battle Brothers, why not? 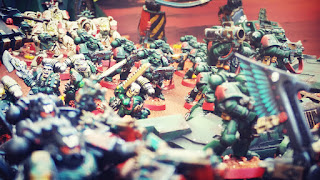 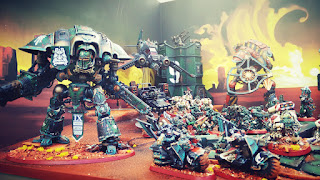 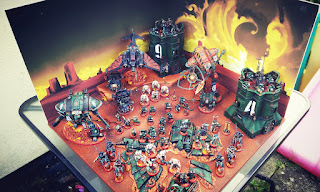 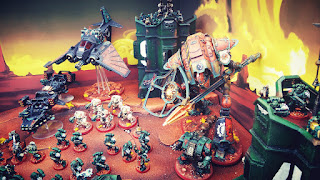 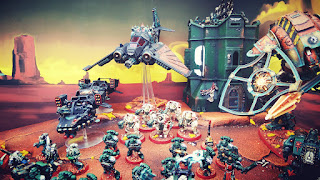 Round about here I remembered to add the Techmarine! 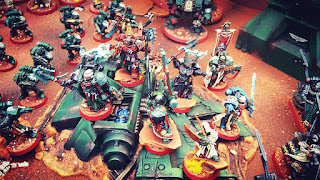 So there we go, if you're parading tomorrow I hope you have a good one, all the best.
Posted by 40kaddict at 12:31