One of the things I've been contemplating for a while is improving my TO DONE! pictures. For the most part I've been quite happy with my recent pictures, with the Camera 360 shots adding some effects that have made the pictures my best yet. The main issue revolves around my background picture. The Ferron Proxima backdrop has always been a favourite of mine as it puts the model in context - Red Planet BASE! needs a red planet to make sense, it also really stands out in blog feeds ;) What it doesn't do is help with colour accuracy and it also fails to meet the GW 'suggested criteria' of a plain white background for submitting photographs. For those in the hobby being featured in White Dwarf is a huge achievement and I'd hope to do that eventually, so decided a light box might help that happen. On top of that I'll be less reliant on daylight [again, discouraged by GW] to get my pictures and they'll be more consistent. I'll still throw in the Ferron Proxima background but I'll be doing these as well 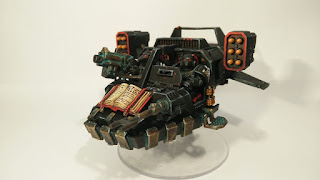 These were my first test pictures on my home made light box, I'll go into the full details and show you a picture later but what I wanted was to spend as little money as possible [cos that will help 'sell' your pics to GW] - to prove you don't have to spend over the odds for decent results. 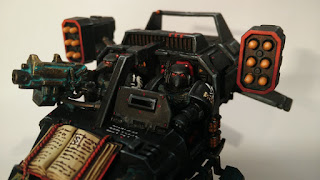 The light box was made from a transparent storage box, it still needs a proper clean [there's a dead spider in one corner] I then bought two of these clip lights. They have them in the UK at Home & Bargain for £1.99 each. They're rated to 60W bulb and I happened to have two knocking around. I am probably going to swap them out for energy saving bulbs though as incandescent bulbs get very hot. That'll be another £3 but other than that I think that's all you need. 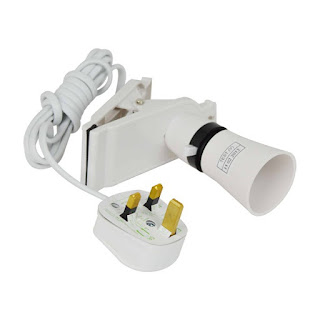 Now I positioned the clips on the side of the box with the bulbs running along the outside with the light shining through the transparent box. 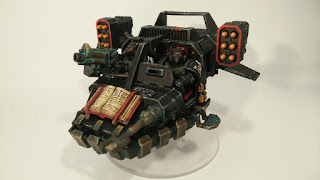 As you can see the results are OK, the plain white A3 sheet used as a background is a bit grey so I decided to move the clips. 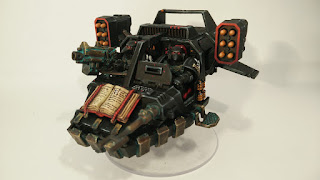 Instead of on the outside shining through the plastic I moved the clip lights round to the front of the box, you can see how much difference that made to background. The only problem with this is the lights kind of get in the way and getting quite hot means you have to be careful as you take the pictures, so you don't get scorched on them by accident. 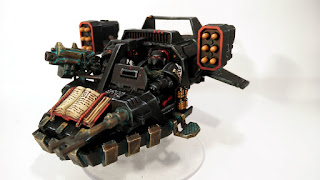 But for a first attempt and for £4 I think that's pretty good. If I can get some higher lumen energy saving bulbs I might even get cleaner shots. 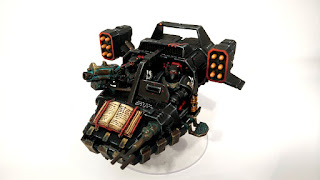 Here I decided to turn off the clip lights and actually it was pretty good without. 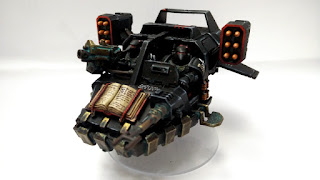 One light on the right hand side did this 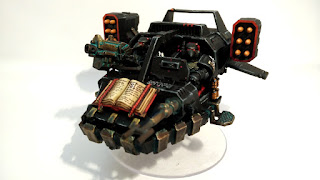 And then both managed to fill in some of the shadows and the background is almost pure white. I'm really impressed with the results. Just look at the close up on this, the detail is crisp and sharp and makes the colours really rich. I'm not entirely sure if they want a pure white background for cutting out easily but if that's the deal I can do a clipping path anyway in a snap. I'm pretty sure I discovered even .jpegs can retain embedded clipping paths [which I find rather peculiar, but handy]. 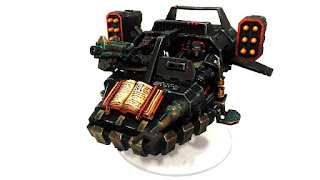 I need to make a proper white backdrop, get some large white paper, vinyl, or even cloth so it can be draped smoothly. I may consider adding in some more reflective material on the lights but for a five minute 'kitbash' and £4 worth of light fittings what more can you ask for?

Here's a view of the set up when I was taking pics of the Imperial Knight, it struggled to be effective on such a large model, if I'm honest. 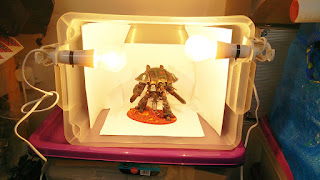 This was probably the best picture, which I could probably fudge with a bit of Photoshop to be more colour accurate, maybe even add in that Ion Shield glow. 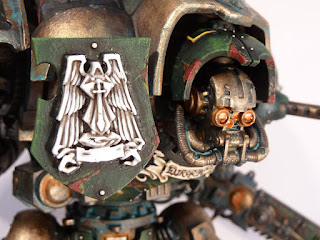 But I definitely need to work out a better backdrop, even a white pillow case will be better than three A3 sheets of paper! Can't stand those seems and creases, grr! 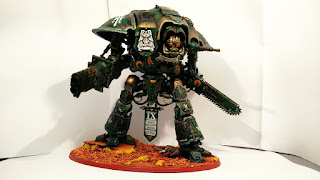 So there you go, simple and effective, you could obviously download one of those textured backdrops too but obviously I'm getting that effect already with my Ferron Proxima sheet but anyone else - knock yourself out :) Let me know if you have a crack at it.
Posted by 40kaddict at 12:10