Flufftastic - The fall of the House of Corvus

Ferron Proxima has always had a strong presence by the cult Mechanicus. Since it's earliest discovery the lure of a red planet so far away but yet so similar to the Ad Mech homeworld has become almost a pilgrimage to those who worship the machine spirit. And thus Ferron Proxima brought forth it's own Titan Legion. With so many Tech-Adepts, coupled with the naturally rich mineral deposits the Legio Titanicus was forged from the very bedrock of this red planet. 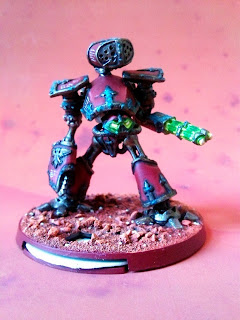 Of course the rich and powerful families building dynasties on this world of resources could see the influence and power that was being manufactured in the forges of the Ad Mech compounds. They could see that as their God Machines were being built it would be there that the true control of Ferron Proxima would reside, not to mention the sheer profits available in transporting the goods and machines produced within those compounds. And so alliances were made and First Born son's were offered up as squires to pilot the lesser Titan Engines of the Imperial Knights - stepping stones to greater things.

What the ruling houses were not prepared for though was the fierce competition from the extant Knightly houses. Although none were originally in existence on Ferron Proxima the wealth of resources the planet had to offer had drawn the attention of various branches of the Mechanicum, one of those being a small but ambitious branch of the House Raven order of knights – House Corvus. House Corvus had fought under the House Raven banner for millennia and having heard of Ferron Proxima had sought out the red planet in hopes to forge their own future. With ruthless efficiency and their many contacts within the mechanicum they managed to monopolise access to the best Knight support. Their plan of control went further in a series of tournaments that slowly whittled away the new-found Ferron orders, proving their own supremacy. 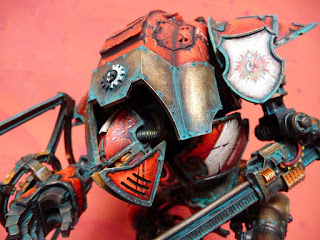 Part of these tournaments involved archaic wagers that would further cement Corvus upon the planet and ‘breed-out’ the competition. Those Knights that were beaten in combat were forever denied the ability to man their own Knight. Such a blow was seen as a terrible loss for the ruling houses and they sought to retain face in any way possible. Desperate to hold some ties with the Mechanicum at whatever the cost, because the prime goal for them was trade and access to resources, they insisted that the House Corvus victor would also take a wife from among the daughters of the ruling family.

The ruling families were convinced this would be a win-win for them. Should they be the victor they would have the spoils, should they lose they would be forever bonded through family ties and still have the profit from off-world shipping. It would not be the first born sons that would expand their empires but their daughters, but the son's had had their chance and failure was not good for business so their loss would lead to being disowned by the families. What they didn’t realise was that for House Corvus money was no object, still with the backing of House Raven they could do what they wanted. But bringing glory to the family name of Corvus and becoming the preeminent Knightly order was the ultimate goal. An accord was reached - although the prospect of marriage was not a concern of House Corvus, having no Knightly orders of another name on Ferron Proxima was. Once they had reached dominance on Ferron Proxima Corvus would be able to achieve it’s true ambition, to openly separate from House Raven and forge their own future. 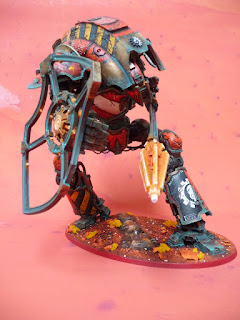 This level of ambition did not go unnoticed though. During the Horus Heresy Ferron Proxima was beset by unexpected warp storms, under this tempestuous isolation House Corvus was targeted by those wishing to manipulate them for the benefit of the traitors. It fell to the masters of deception and infiltration – the Alpha Legion to bring about this scheme. The XX Legion had already secured a secret foothold on the planet, setting designs in place to help destabilise a known Dark Angel recruitment world. By offering support and advice to House Corvus they sought to turn the house to the side of the Warmaster, easily done due to their competitive nature and desire to rise out from under the shadow of Raven. Securing a Knightly house was no insignificant prize for the Alpha Legion, but with them on side they hoped to then gain the Titan Legions and subsequently the planet. Denying the Dark Angels their recruitment world was just the icing on the cake. Even if the plan failed it would draw the attention of the Dark Angels and keep them occupied instead of rallying to the defence of Terra. 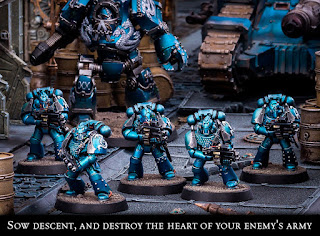 With the support of the Alpha Legion coupled with House Corvus’s own ambition the first part of the deception succeeded – House Corvus was able to subdue all the other Knightly houses. The rout was not overnight though, the Alpha Legion was cautious and overall patient, to ensure the ploy did not fall back on them, that Corvus believed their actions were right and just and not realise how they had turned traitor. What they did not count on was this turning did not go completely unnoticed and by outside forces the Alpha Legion could never have factored into their plans.

Euronymous the 'Fallen Knight' had observed the Knight battles taking place in the Desert Gardens of the Weeping Fears. He had gone into seclusion within the gardens, following the fall of Caliban when the Shard upon which he’d survived had materialised from the warp on Ferron Proxima. So it was that he returned to the Shard and sought out an ancient relic Knight within. 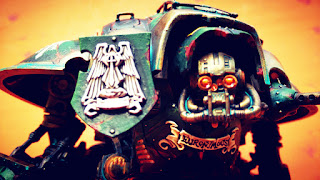 Girding himself to do battle against House Corvus, he went on the hunt as he had when on Caliban against the many beasts of the forest. He took the fight to them, forcing the best and brightest to bow down before him, because despite their turning, honour and the rules of the Knightly order were too strong. The Alpha Legion could promise them glory, dominion and all kinds of ambition but they could never shake the code of the tourney.

It would come to pass that, by this time, Ferron Proxima resumed contact with the Dark Angels. House Corvus were fortunate that contact was at first made by the newly formed successor chapter the Angels of Absolution. Another chapter, or the former legion itself may well have looked on the House’s betrayal with sterner eyes but the Angels had already absolved their own guilt of the sins of the Fallen and together with Euronymous’s testimony would task the house with bringing about their own absolution. Although no ties of fealty to the Dark Angels were asked of House Corvus they were compelled to reaffirm their ties with House Raven and all attempts to build their own empire was quashed. 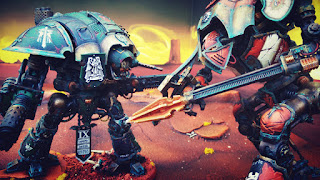 Euronymous himself refused to rejoin the ranks of the Dark Angels, he could not bring himself to assuage his guilt even with the urging of Actonis, the new Chapter Master of the Angels of Absolution. He had been there on Caliban, he had seen his brothers turn on each other and then seen those traitors flee the Shard upon it’s arrival on Ferron Proxima. His actions against House Corvus had proven to Actonis his loyalty to the legion and so if he would not rejoin their ranks he was tasked to stand guard and ensure that Corvus would fall and Raven be reborn. Should ever he sense the taint of rebellion once again amongst their numbers he must mount his own battle-worn knight and remind them of their oaths, to which he remains sworn to do to this day. 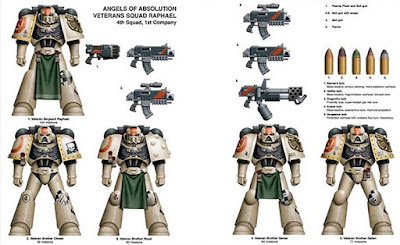 [Rememberancer's note: original idea for the fall of the House of Corvus]
Posted by 40kaddict at 12:08