For the life of me I can't remember anything about this game and I can;t find my notes either. We'd travelled don on the Friday and arrived to play on the Spyral Prime table, Otty and I using nids, Ben, Scott and Liam with the holy/'unholy' alliance of Tau, Eldar and Orks!

We were using the City Fight Maelstrom cards I'd got from a couple of White Dwarfs long time back - glad they finally got some use. We also had some sewers we could come out with and the other guys booby trapped a number of buildings. Also, because of the table I didn't take my Skyshield but had Deathleaper instead, a bit more points but he is pants. Ultimately though we never finished the game. Warhammer World closes at 8pm so we had to pack up, which was a shame. Anyway these are just pictures to enjoy mostly, if they sparek any memories I'll drop em in but for the most part just sit back and enjoy the pretty pictures. 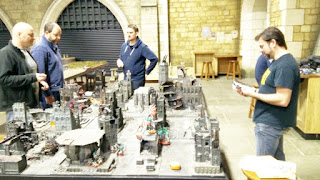 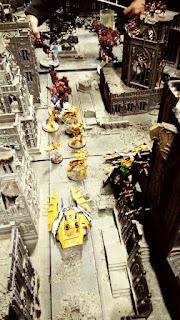 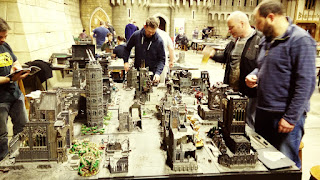 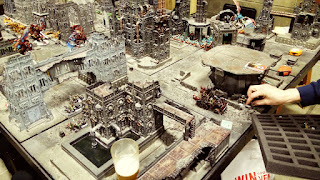 My Genestealer literally got outflanked by these Boyz and slaughtered. 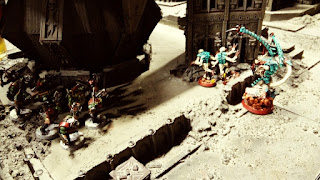 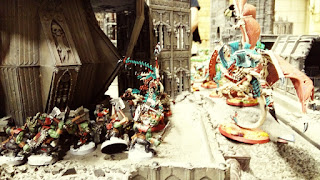 Bring on the big boys! 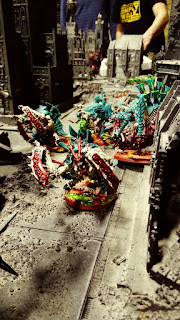 For the most part the Tau were ignored, Otty concentrating on the Eldar while I dealt with the Orks. 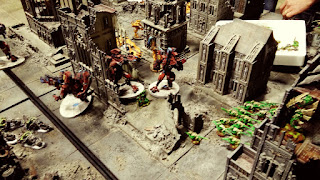 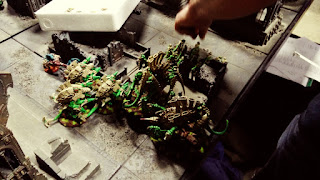 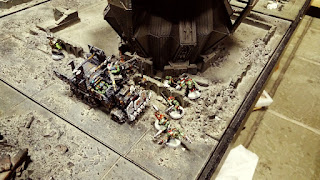 My Purestrains climbed on top of this landing pad, discovered it was booby trapped and then found out it was a dud! 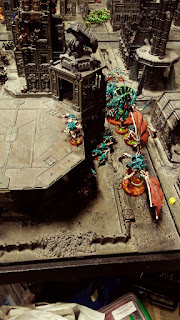 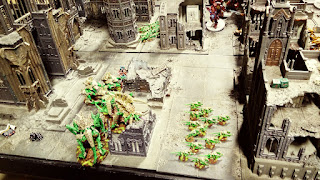 I loaned Otty the Hive Guard as I felt they'd be more effective against the Wave Serpents, which they were. Meanwhile my Purestrains got oblitereated by the Riptides. 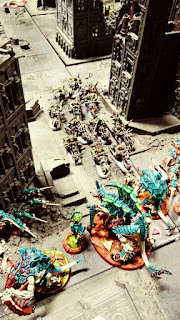 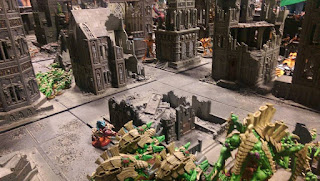 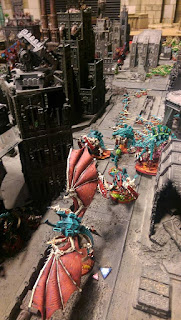 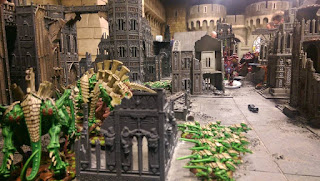 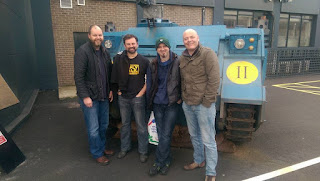 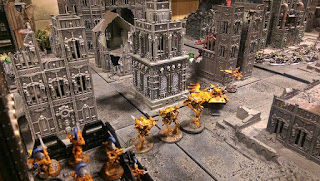 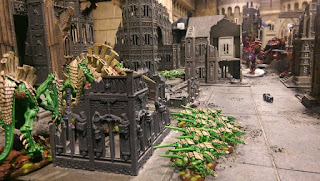 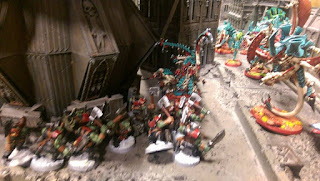 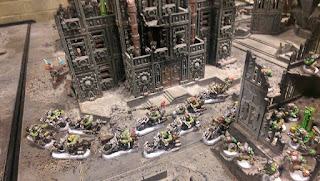 I think we got beaten in the end, I recall Otty had tried to kill off a Riptide with Devourer gaunts. He had 60 shots and managed to put a few wounds on one. It was the sensible thing to do as anything else wouldn;t have allowed them to utilise they're guns. However, that did mean the Tau held the centre objective for two turns scoring them a VP and ultimately winning the game. At the that stage though we porbably didn't know the game was going to be so short but it was good fun and some nice pictures too
Posted by 40kaddict at 12:10