The painting competitionat Throne of Skuls was particularly tough this time as cabinet size have been reduced meaning the best army nominations are only the top three. Otty, Liam and I all got honorable mentions [I only got Liam's name in the slideshow] but didn;t make the cut. In the various other categories I particularly liked the colour pallete in these Tau, the variety in the bases, weatherin gand colours. 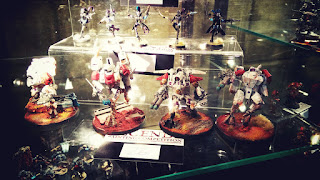 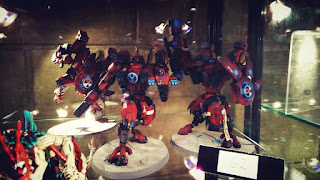 These Juggers [counts as bikes] were pretty awesome too. 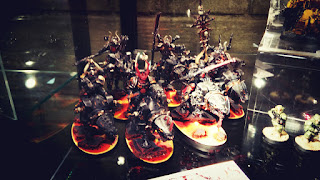 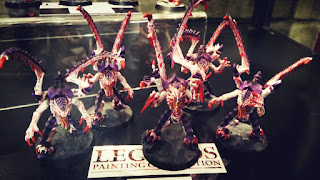 Black Templars on those proprietary Griffons, I liked these. 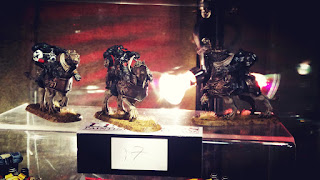 Imperial fists, they were flawless. 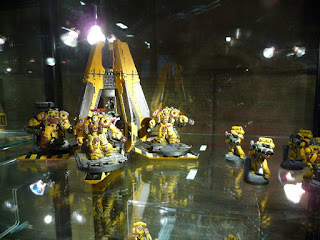 This was ultimately the overall winner and rightly so. 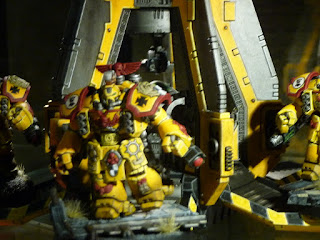 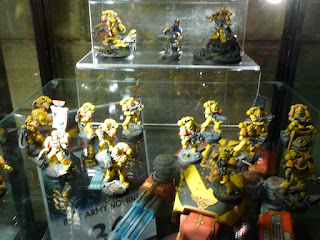 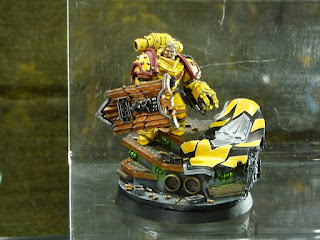 And there was a Warhound too. 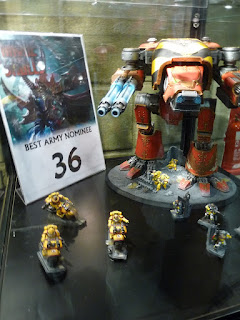 I'd seen this chaos army on Facebook leading up to the tournament. It wwas pretty imperssive too. 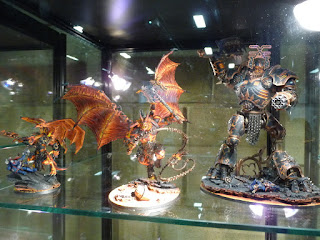 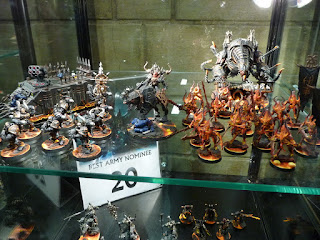 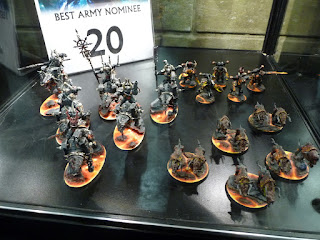 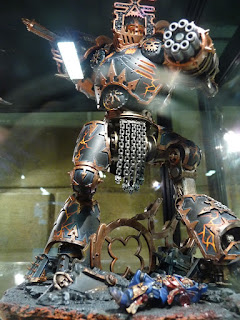 And the Bloodthirster was no slouch either. 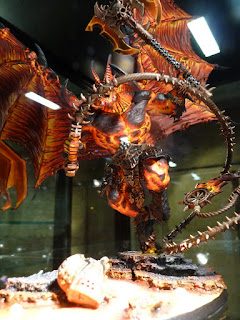 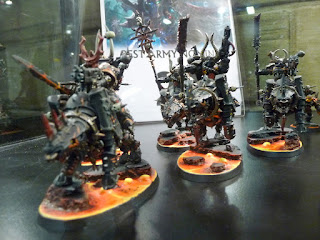 Jamie Farquhar was the third nominee with his Iron Warriors. 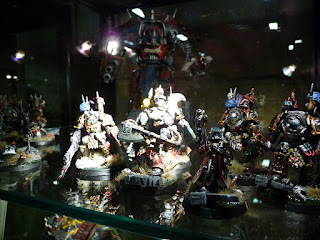 I've got the head of one of his Marines to go on a base, I couldn;t see the genestealer hea dI gave him for a trophy for his base. 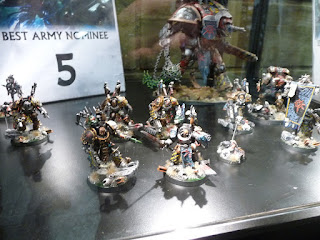 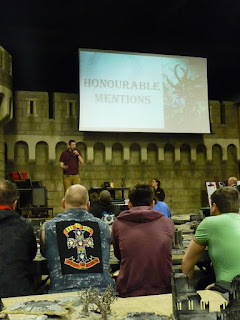 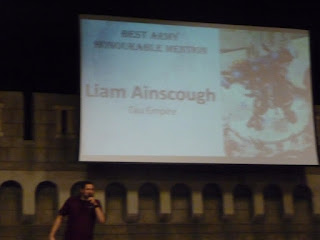 All the weekends carnage points. 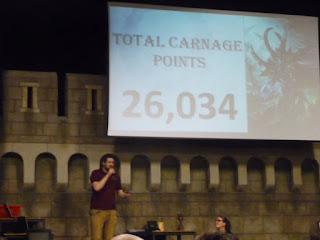 The unexpected winner, our mate Scott. 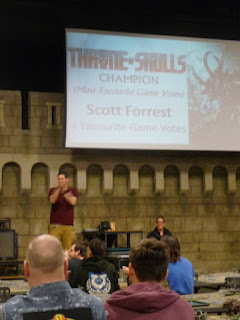 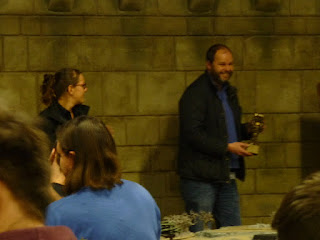 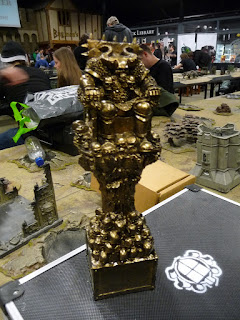 As I said, this guy played Scott in the last game, he gave Scott the best player award meaning he went from being first to second and allowing Scott to win! 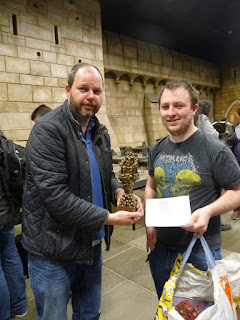 Scott with the Trophy. 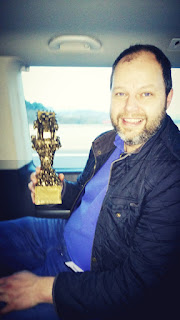 Me with the trophy. 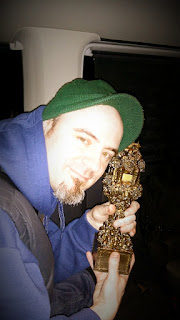