PeteB's moved on a bit from his space pixies, I don;t believe he's sold them but he's been corrupted by the chaos Gods and fallen for the Daemonkin Codex. It was in February at my 40k @ 40 bash that he and Liam spent a good deal of time debating the dirty options the Codex could throw up and it's nice to see the results and how much fun he's getting out of this wildly different army compared to the Eldar.

Typically PeteB has speed painted most of his force so far, but not sacrificing quality in the process. I'm pretty envious of how good these look in such a short time, I sometimes wish I could achieve this ratio of effort to result. 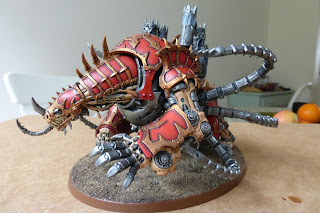 This Maulerfiend is really effective, such a great model. 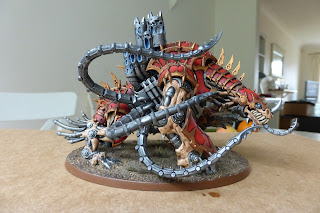 His Chaos Lord biker who zips about the battlefield taking heads. 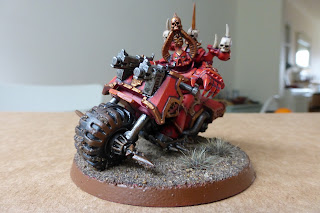 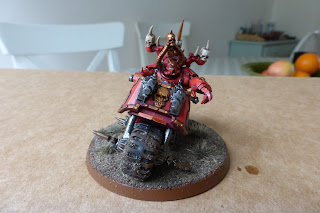 His Chaos Rhino is pretty cool too, even with all those garden railings on the top ;) He got a load of fantasy chaos hounds to use as Fleshhounds, a considerably cheaper alternative and its great to see him exploring a different faction [says the guy whose stuck with nids for so long] and enjoying the different play style too. 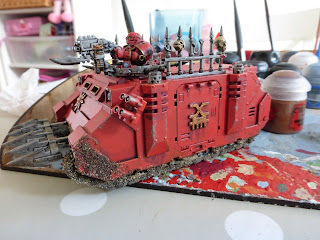 No doubt there'll be more to come as his Soul Grinder, Daemon Prince and hounds get completed. There are also some Chaos Marines and Berzerkers that are pretty much done too.
Posted by 40kaddict at 12:11