Ben suggested a little mini-tournament for last weekend, using Blog Wars rules but at a reduced points size because I'm already struggling to make 1,500pts and I was worried about game times too. Inbetween my own games I took a few pictures of the other guys games so thought I'd share these separately so you can enjoy the miniatures. Although PeteB won't be able to make BWX he brought his Eldar, mainly footdar with a Fire Prism and some War Walkers. 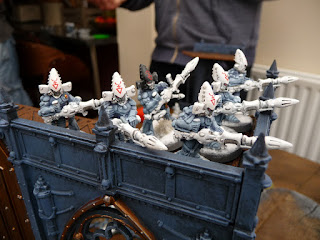 Ben went with his Ork horde with Ghaz and a bunch of bosses and nobz. 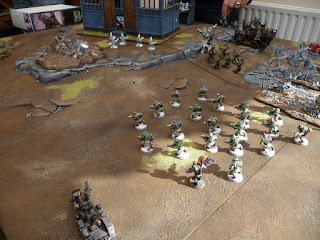 This was the kill points game, first of the day. 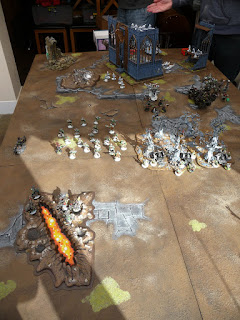 Ghazghkull did a magnificent job of sneaking up on these Dark Reapers. 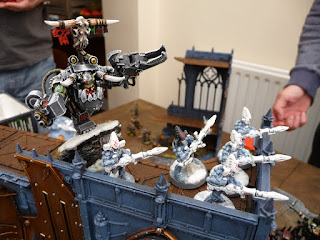 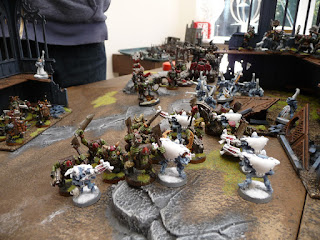 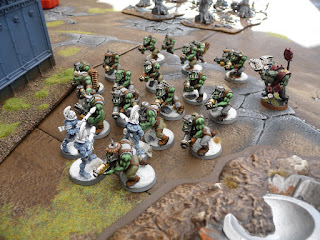 Such a great lunch, worth waiting until about 1pm for anyway ;) 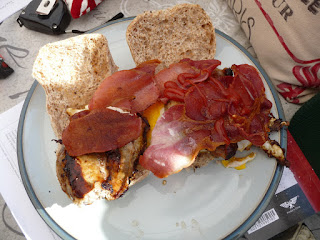 To save time moving around, Pete and Liam ended the day on my board. Sadly the footdar found it tough securing the three objectives on this board but by the howls of frustration from Liam it sounded like Karandras was up to his usual awesomeness, he certainly did my Dark Angels over! 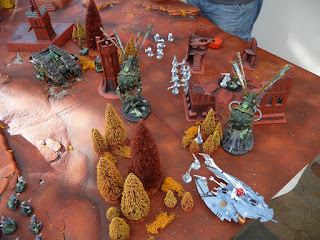 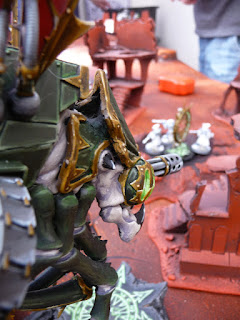 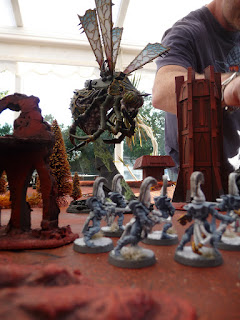 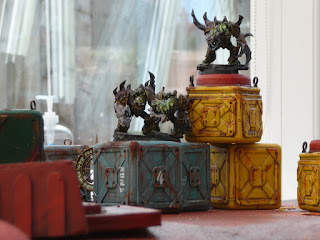 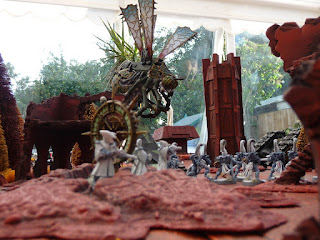 It still amazes me that that Land Raider is scratchbuilt! 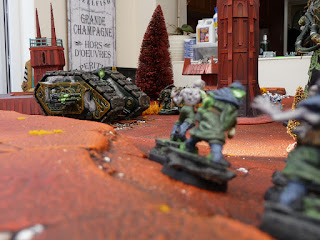 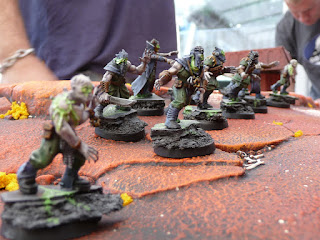 And by the end of the night their was Blood for the Blood G.O.D. [even if there was no Khorne on the battlefield!] 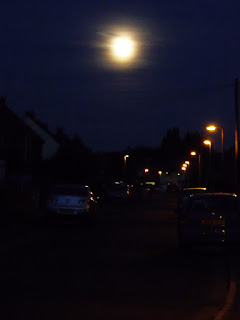