One of the very first videos we rented on our Betamax video player was Hawk the Slayer, that and Sword and the Sorceror. I'm pretty sure this was my choice, my parents weren't that fussed and I can't imagine it being my brother's choice but anything fantasy for me was a must. I still love the film today, cheesy it may be with production values some scoff at but it holds a special place in my childhood. 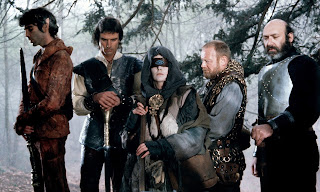 I even have a foil etched slipcase VHS copy as well as the paperback 'book of the film' that literally promised there would be a sequel, something the film only hinted at. 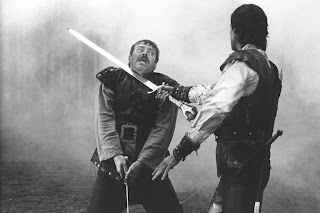 Well, after 35 years the Director has finally got backing to create that sequel - Hawk the Hunter. So far he's got backing from Rebellion, video game publisher and owner of 2000AD no less. However, they're still looking to secure the remaining 20% of produciton costs so have gone to Kickstarter to see it through. Although it's highly unlikely it'll stretch to getting Tom Hardy as the lead, which was rumoured a few years back. 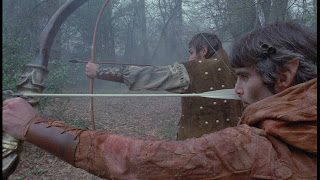 The fact is I'll be backing this myself, the first time ever I'll have backed a Kickstarter and just had to share so you can all appreciate the awesomeness of Hawk, I mena he has a MINDSWORD! 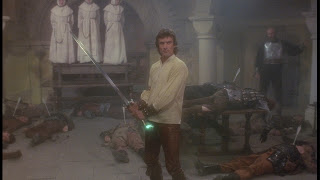 Otherwise this is the deal: