A little bit of Ferron Proxima

Slightly off topic, but when has that ever stopped me. My brother has been with his girlfriend for over a year now and one of the side effects of being with someone who runs a pet shop is the animals you begin to crave. Aside from the parrot they've got together he's also developed a love for lizards. Anyway, he'd got this little 'hide' for them and wanted it painted. Originally I was going to do it sandstone coloured but given my wealth of experience with Ferron Proxima effects I htought it simplest to just recreate a little bit of Ferron geology. 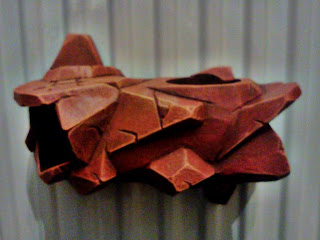 Once again it was Black Car primer then Red Oxide, followed by various dry brushing of Vermilion and my Pumpkin Orange Craft Acrylics. 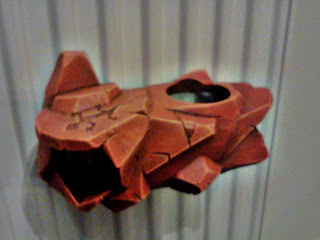 Lastly some Capuccino Craft Acrylic. Andrew was going to then coat it with marine varnish as apparently that isn't as harmful to the environment given it's in the water with the fishies and little lizards get might anxious around strong smells. 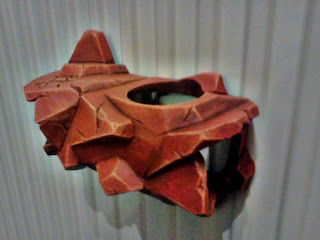 Here's a side view so you can see how I applied some zenithal highlighting, both with the Red Oxide spray and the subsequient drybrushing. 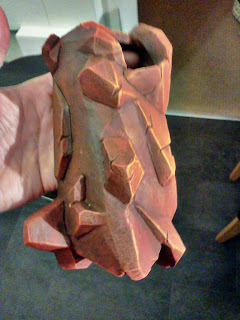 I was quite pleased in the end and surprised that my technique scaled up from 28mm models to large pieces of resin, also because it was something I was familiar with it didn't take too long either.﻿
Posted by 40kaddict at 12:12