I've been carping on about my mate Liam [y'see I've dropped the links to his scratchbuilds there, seeing as they never worked anyway!] for a couple of years now. He's a mad genius when it comes to painting and his abilities outstrip mine by a long way [although I do recall I got a higher grade than him in A-level art :P ] but it's more than that he's prolific on an industrial scale. Back in the day he had many, many armies for Epic, 40k, and Fantasy. Now he's down to just Crimson Fists, Dark Eldar, Tau, Chaos Marines, and I've seen Elves and Vampire counts too although I think that's still the tip of the ice berg.

Anyway, he's renowned for his scratchbuilt Warhound and Warlord Titans and I managed to get some pics of his Warhound build, maybe one day I can bully him into starting his own blog or joining with me on this one, what do you think? Well, here's the Warhound: 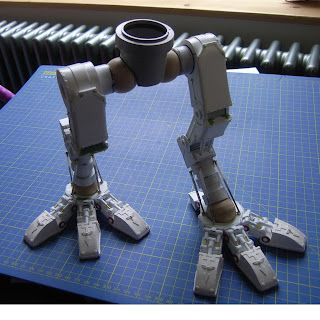 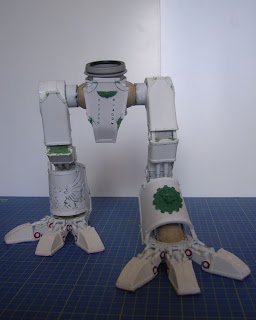 Some heavy duty carving of Plasticard for the scrollwork. 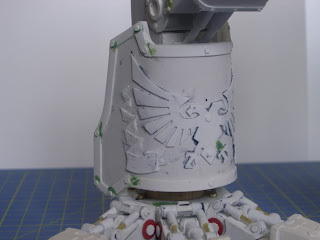 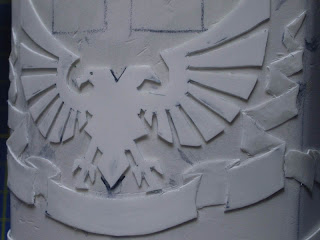 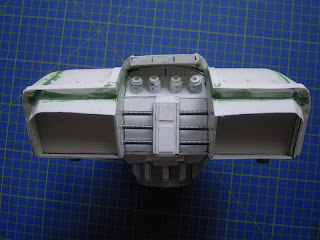 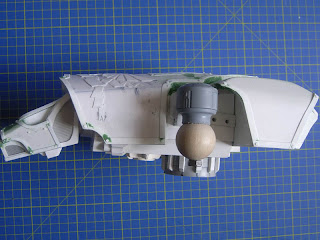 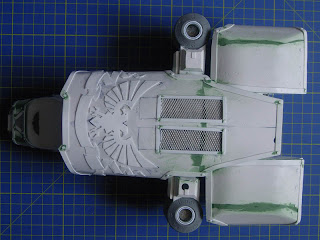 Weapons are scratchbuilt too. 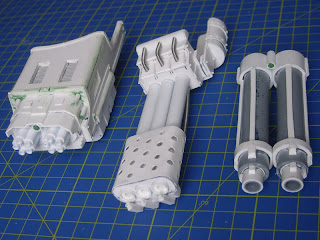 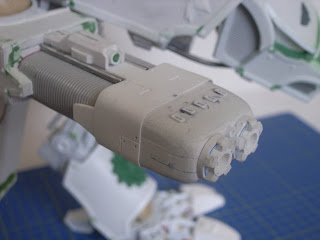 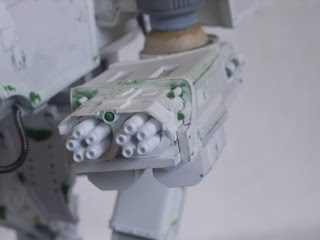 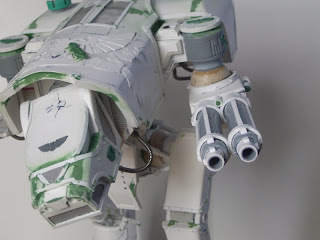 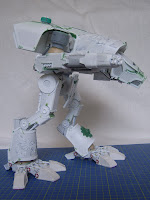 And the whole thing complete, non-metallic metals everywhere - I guess that's one way to get some practice doing it, paint 20m² of Titan! 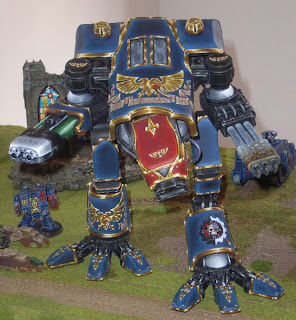 Still plenty MOAR to come from Liam, the guy is a hobby machine!