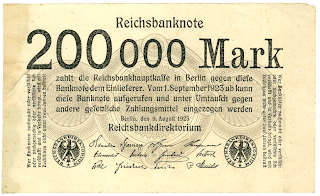 Whilst I've been away in windy Wales the blog has hit the 200,000 views mark. It's achieved the second 100,000 in considerably shorter time than the first but that's to be expected because more people are visiting than ever before. Thank you to everyone who has bothered to pop along, read a battle report, downloaded a wound marker or built an STC. Admittedly this is a one man ego-fest for my own hobby addiction but the continued support of other addicts in the community will push me to create things worth sharing.

My next milestones will be along the line of 200th follower, To Do List 2013/14 or my October 3rd Anniversary, whichever comes first. No doubt I'll see you then. Meanwhile you can still join my Facebook group here for more interaction and bypass coming to the site altogether, wait a minute, doesn't that impact my page views?

And if you don't believe it's worth joining don't take my word for it:

Neal Crankshaw29 November 2012 09:38
It is the finest facebook page in the history of facebook (not counting my own) ;)


Back to the blog, I've got a post lined up for tomorrow and quite a few in 'draft' but I've been away for a week in Pwlhelli  and a massive build up of hobby to catch up on which will eventually translate to posts. Service should continue as normal but I really want to spend time 'doing' while I have the momentum and motivation built up - who doesn't want to see my Tyranid Bastion, Inquisitorial Vault or even Dark Angles finally progress. Thanks again for all your views, comments and patronage - here's to another 200,000
Posted by 40kaddict at 14:14