Tyranid Aegis Defence Line update. Now I'm not 100% happy with the backs, they're OK and I'm hoping the painting will work better. My sculpting clearly has a bit to be desired. I wanted something a little similar to Mr_Pinks but obviously my success so far on sculpting was because I was doing something basic. This first attempt was a bit flat so for the next lot I added some rolled out tubes to be the 'ribs' on the back. 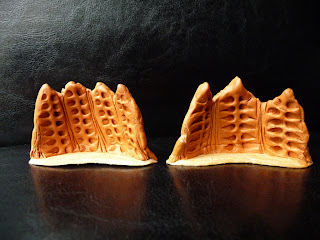 Essentially I covered the back with a flattened 1cm blob of Milliput. When I say 1cm I mean 1cm of each of the two parts, so really it's a 2cm blob. There's effectively 12 panels but you need a bit extra to bridge the gap in the doubles. Each strip of Milliput is 12-13cm so careful measuring in advance and saving bits to make the ribs is essential. Anyway as you can see the ribs on the right are much more pronounced, better but still not 100% happy though I'll live with it. 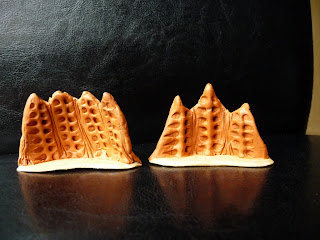 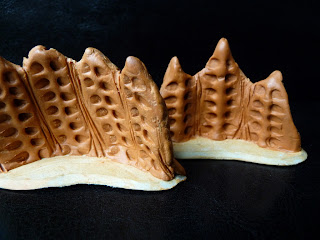 This is quite laborious actually, even more so than the fronts and getting my GW sculpting tool in place can be fiddly. I decided that I'd do them in halves. That way when I came to do the second half I wasn't holding onto the bit I'd already sculpted and was 'happy' with. 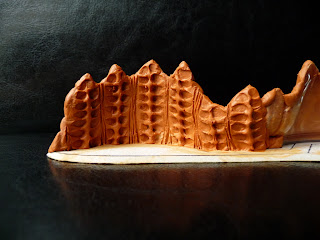 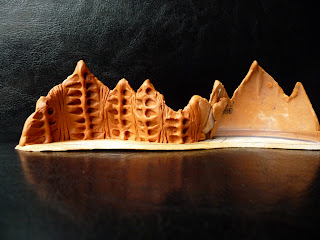 Where possible I tried to do most of the join between the two panels, just because this is a tedious job and to try and make the Milliput go further. 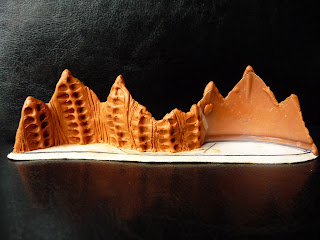 All four doubles are half done. 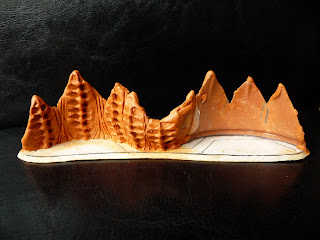 And the last single still to do, five panels in total left.