Techno-archaeologist Avro Vulcan continues to catalogue the many man-made hills that dot the Ferron Proxima badlands. It has been months since he unearthed the Standard Template Construct (STC) systems for what has been classified as the Vulcan Plateau. In this time he has discovered numerous other man-made hills buried under the distinctive steep sided flat topped hills that can be found all over Ferron Proxima. Excavating these sites has revealed one man-made hill in particular that has shown many sub-categories of construction. Vulcan has designated this hill the 'Mercury Plateau'. 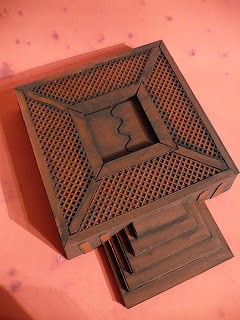 The purpose of some of these structures are still a mystery but it has been noted that some of them have a slightly different composition of rockcrete than standard Ferron Proxima fare. Whether the richer iron content is due to the value or protection of the many storage facilities built into these mounds is unknown, Vulcan has theories but so far has kept them closely guarded. What is known is that these iron-rich mounds are particularly well suited to accept the STC for Plasma Generators., was this their primary function? Indeed even the current generator model  has adapted well to the Mercury Plateau and it is believed very little retro-fitting was required to the connection manifold. 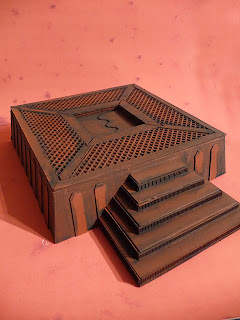 However, the details of this coupling was another secret kept by Vulcan that has attracted a great deal of interest from data-hackers who have sort to gain control of this valuable information to share outside Adeptus Mechanicus control. Once private enterprise can access this information they will utilise it to gain control of all Mercury Plateaus suitable for Plasma Generators, thus reducing their need to pay tithes to the Ad-Mech administration. 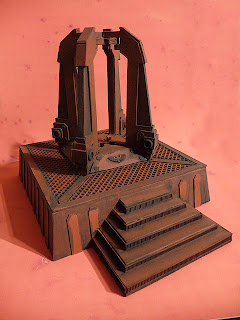