I felt a bit bad that I'd posted some sparse hobby shop pictures recently so when I nipped to GW Manc to try and resolve my intermediary brass metal issue I thought I'd try and remebdy that. First up I remebered to take shots of the WiP fantasy... sorry Sigmar galleon 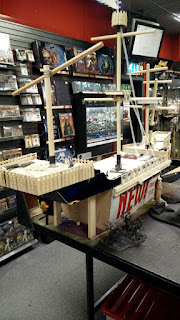 Thats a lot of clothes pegs and coffee stirrers, not to mention actual GW marketing materials. 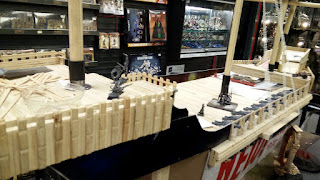 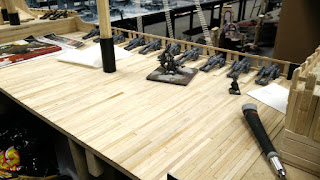 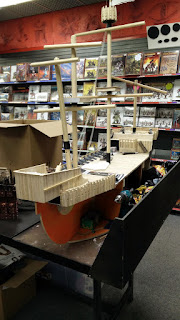 I got anothe rpic of this amazing Spawn of Cryptus. 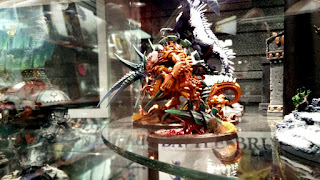 These Knights are so awesome. 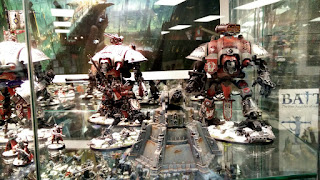 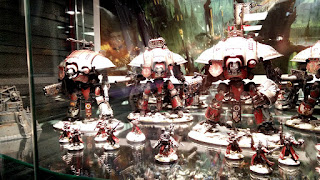 The checks were brilliant and the weathering subtle but higghly effective and well applied. 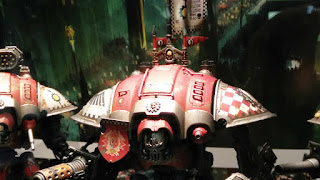 I thought the diamond formation for the banner was particularly ingenious, something I may steal myself. I was also impressed with the banner pole, very reminiscent of th eoriginal banner poles for the Epic Reaver Knights. I asked what it was made from and there was a significant list of bits so whether I can replicate it down the line we'll see...

They make a pretty impressive army. 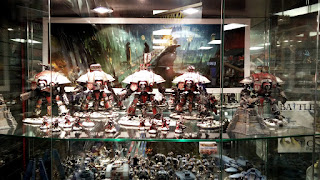 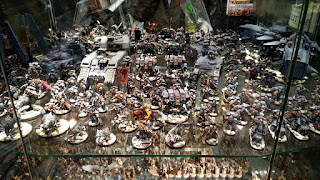 Iron Hands, sorry about the blur, the display was rotating at the time. 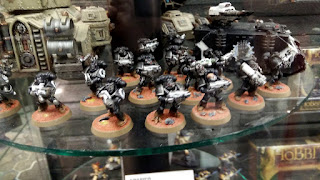 To be honest I only really took the pictures because of Red Planet BASE! 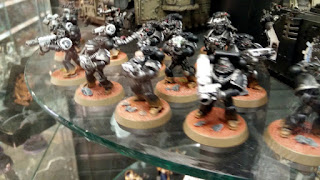 This Knight was also quite interesting. There was a subtle camo pattern built into the grey. 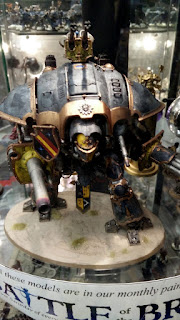 Close up I'm not sure it's the best quality in the world [no disrespect] but there is definitely a level of skill in that pattern and the spotting that's been applied. But it's also heavily influenced by the War Griffons so I really like that. 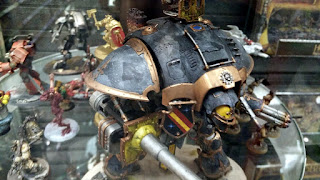 Some pretty standard Necrons, but dark Red Planet BASE! makes them look awesome. It's a different way to do it but it really works, so versatile. 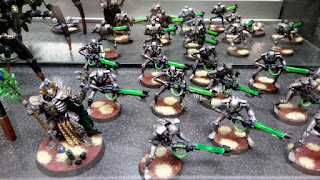 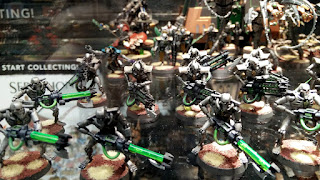 Alternatively Martian Iron Eath gives you a different take on Red Planet BASE! , so versatile. 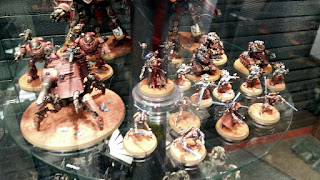 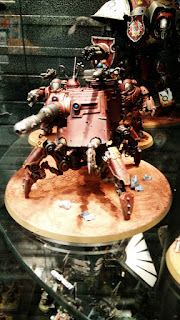 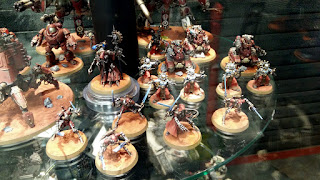 I don't know what chapter this is but it was pretty striking and consistent. 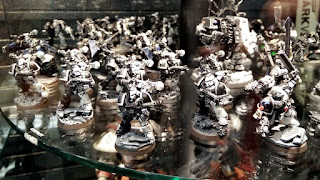 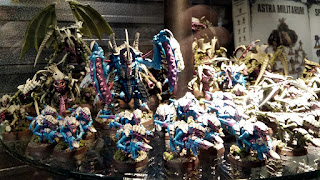 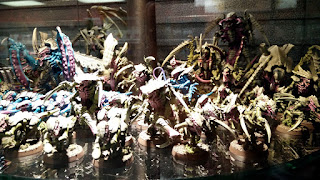