Don't worry, I haven't snuck in a totally random side project. I was looking on ebay and one of the German sellers that tends ot have a lot of Tyranid bits had these amazing Alpha Legion auctions up. I was immediately struck by the Red Planet BASE! - so simple and effective, red, wash, red and bleached static grass clumps. The Alpha Legion really works against that base. 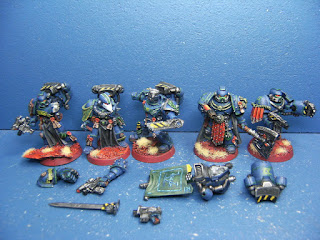 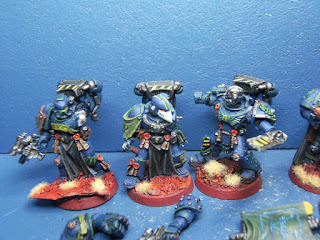 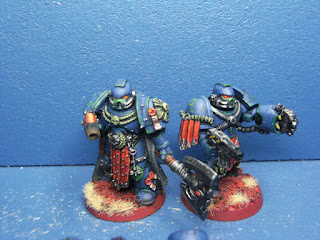 There are also some pretty cool scouts too, those head-swaps make them look really creepy and the red cloaks do a grand job of helping camouflage them. 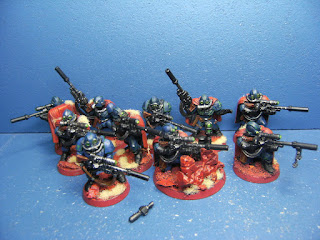 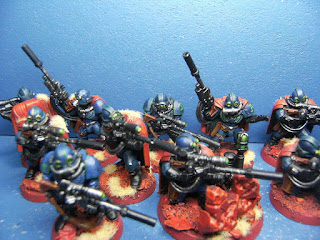 There's also two lots of Terminators, I think the pics may have go all mixed up though but they're really cool with some extensive use of third party components by the looks of it but they're not deminished in any way because of it. 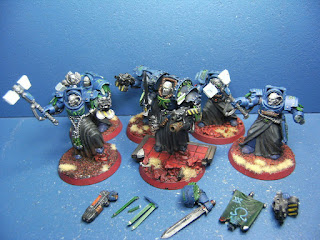 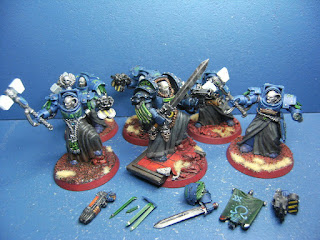 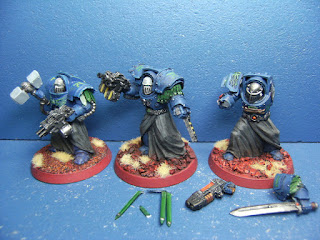 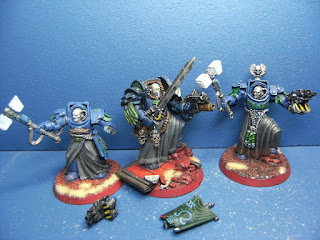 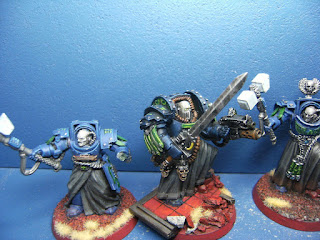 Interesting column/steps the Commander is mounted upon. 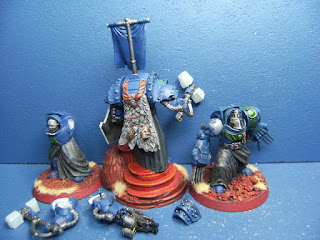 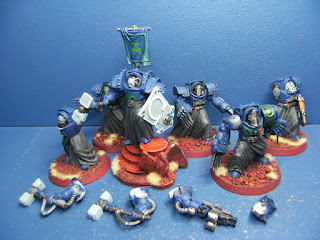 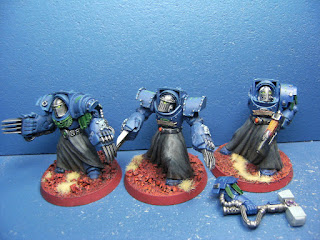 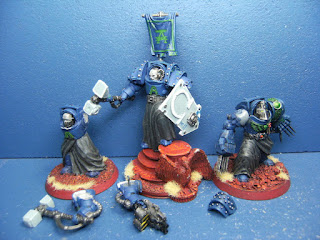 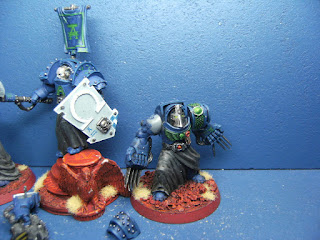 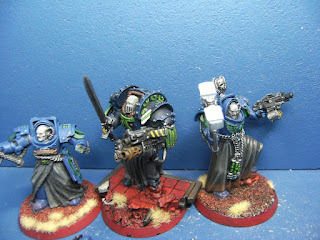 No connection with these auctions at all, just wanted to save them for posterity and share them with you guys.
Posted by 40kaddict at 12:56