Quick one [hopefully], as promised [or is that threatened?] here's the Carnifex Brood photos. 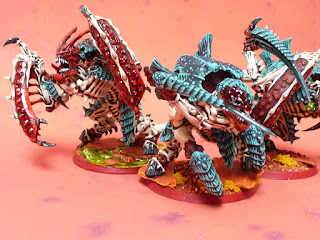 Really chuffed how conisistent the painiting has become the only real differnce is the slime base on the second Carnifex, which, with hindsight, is a little inconvenient as Carnifex 1 and 2's bases match up really well. 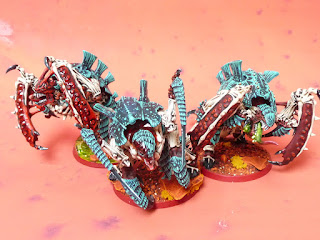 Nevermind, the Hive devours on. 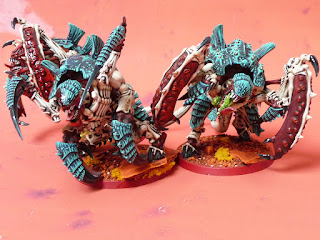 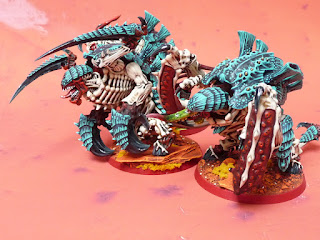 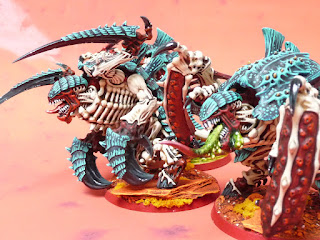 I'm really liking Carnifex now, there's something about the model that's cool I can understand why people end up with nine of these things despite the leg positioning making the posing options relatively limited. 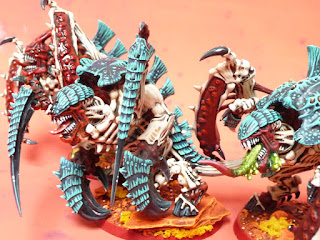 I'm pretty certain that if I wasn't careful I'd end up with quite a few more, which is daft as currently I think I'd struggle to fit more than three in a list. 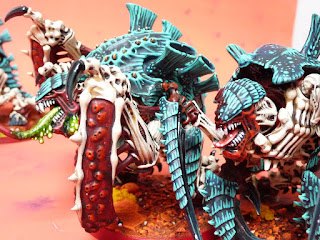 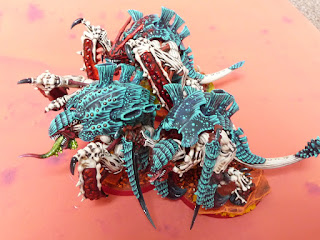 I do like the way I can bunch them all up, as if they needed to huddle together like kittens, big monstrous all consuming nightmare inducing alien killing kittens! 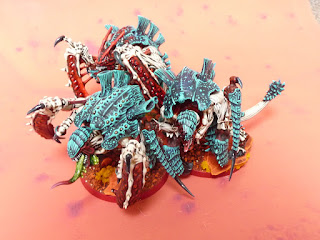 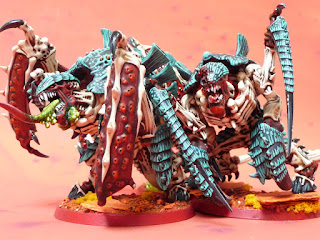