With a bit of a push to finish OOE for Armies on Parade I surprised myself how quick he came togethe. To be fair I repurposed my Tervigon Crushing Claws, he is the uber Carnifex afterall so I will have to finish of the standard Claws at some point. 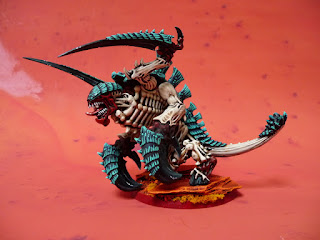 However, someone did mention on a forum they'd used Haruspex claws to represent OOE so I fancy doing that as well at some point. 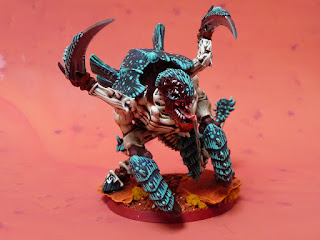 I also want to pick up another set of Fleshborer Hives so I can run three dakkafex although I do like this stripped down version so I probably need to do another set of Scything Talons as well. I do like the motion in this pose but I do feel I need one that's more upright, rearing up, which obviously goes against my only three Carnifex directive. 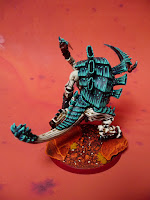 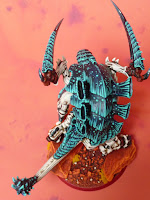 And I've three spare heads to finish off as well, two bio-plasma and one toxic tongue, no real reason for doing them, I just wanted alternative options. 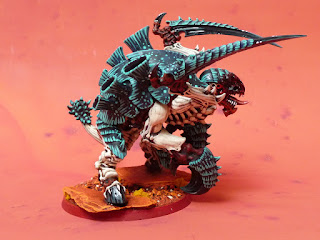 I'm at least a little happier with his skull now, the carbon skeleton is still odd butI added some more Tamiya Clear Red X-27 and I think it works better now. 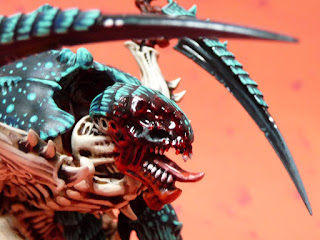 It reminds me a little of the Alien Resurrection hybrid. 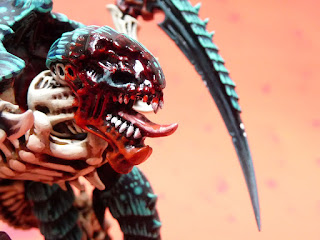 A close up ohis back and patterning. 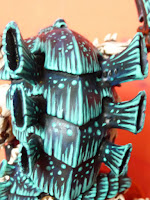 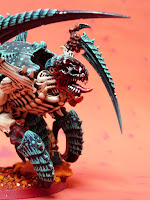 Probably the easiest MC I've painted in a long while. So glad I took some time to interupt my Imperium efforts with this. I've ended up completing something I had on the books, enjoyed the process and have returned to the Imperium with renewed vigour. Definitely something to learn from to add to my arsenal of tricks to raise motivation. I've done this before and been aware of the benefits but repetition with the same results is confirming the efficacy of this approach 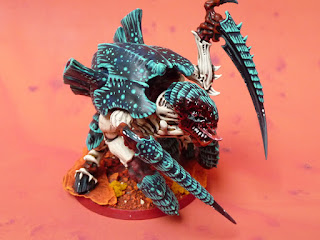 And my first Big Green Stamp of approval, yeah, don't forget folks hobby Season is for all year, not just for Christmas ;) I've another set of pictures to follow of all three Carnifex together, I hope you don't mind.