So here's what Polyvine does to Realm of Battle Boards. You can actually see in some areas it's OK 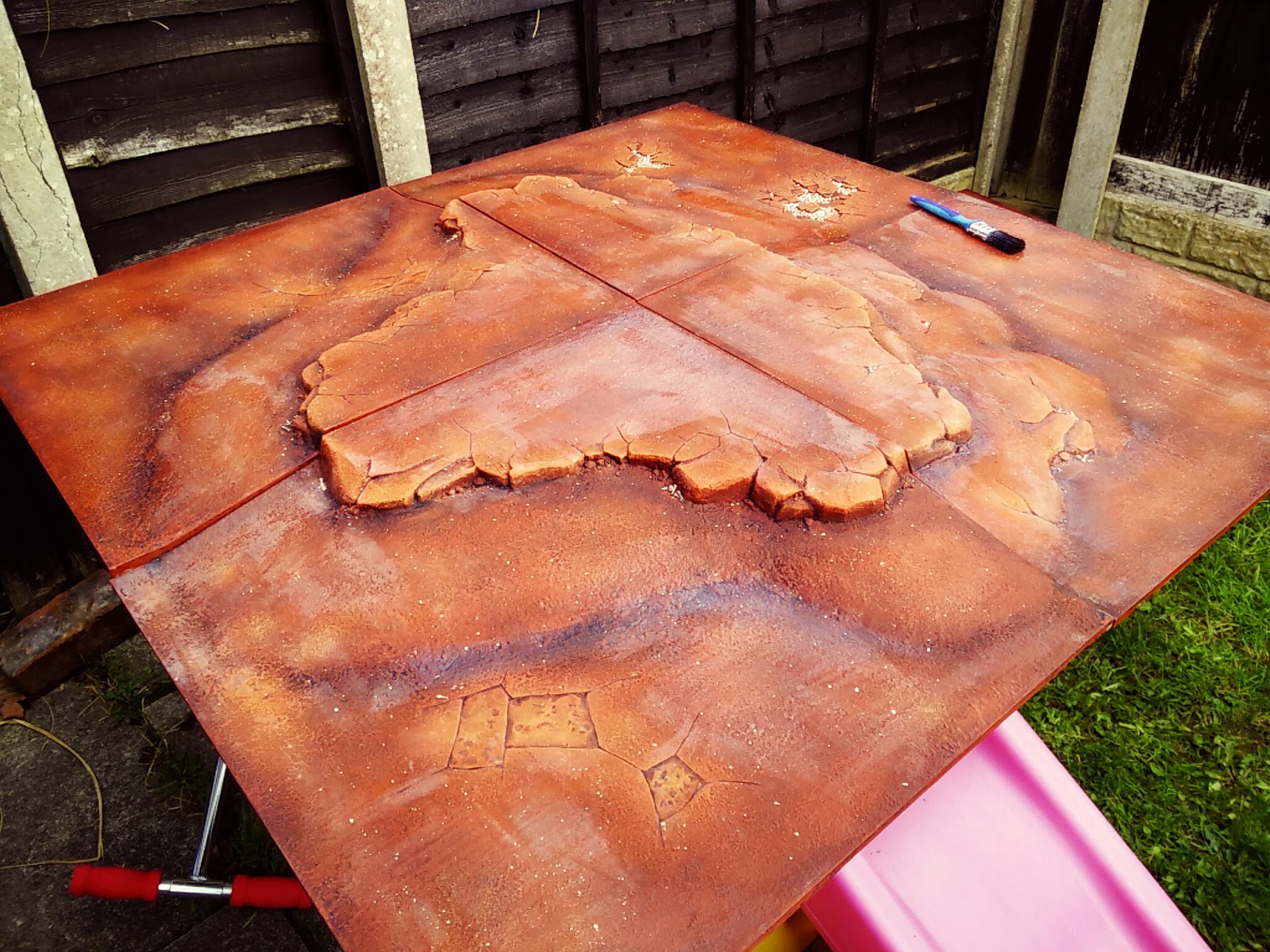 But in others it's just frosted/dusted and there's no explanation of why some areas dried 'dead flat' and some areas just flat wrong!

This tile isn't so bad but I think that may be the photography. The funny thing is I was up in the loft building drawer units and looking out on it drying from up high and little did I realise those brush marks weren't going to fade away.

The flat tiles are nearly the same, again in places they're not too bad, 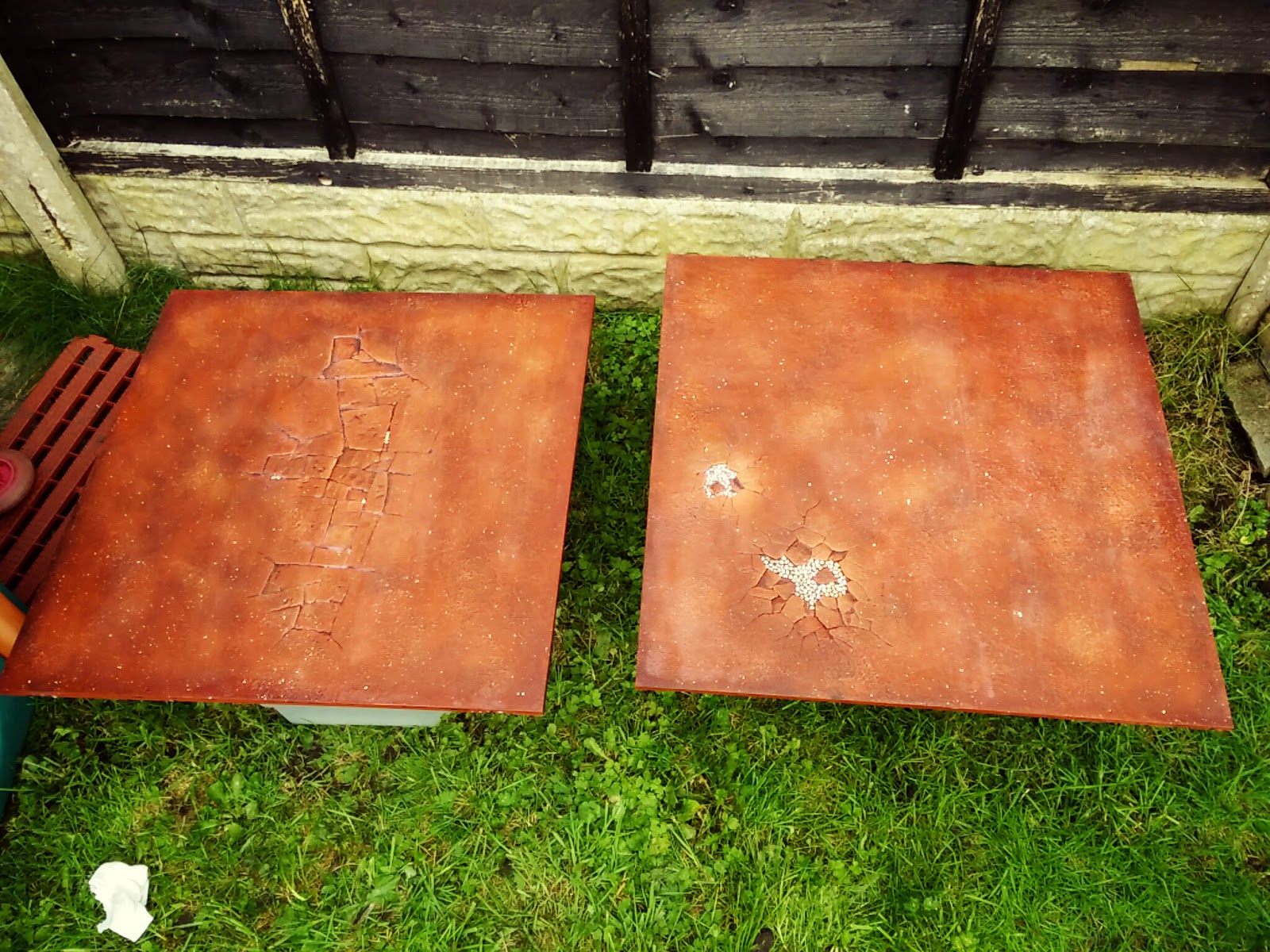 but when you get cloe up you can see it looks like it's been covered in dust. 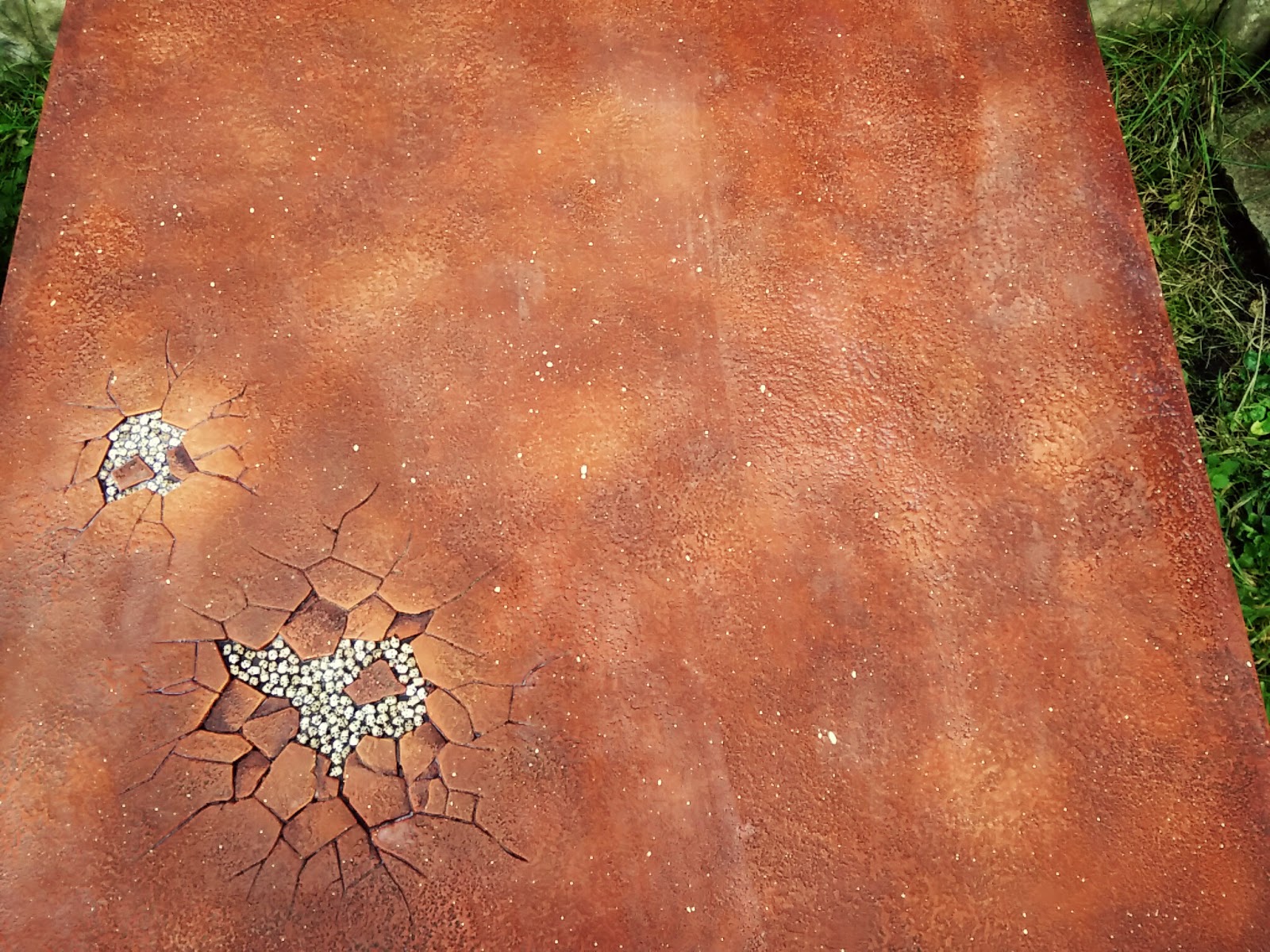 I even tried adding a second coat, hoping the application would fix the initial opacity. I added a bit of water and it went on so well but could not do anything for where the Polyvine had already gone milky. 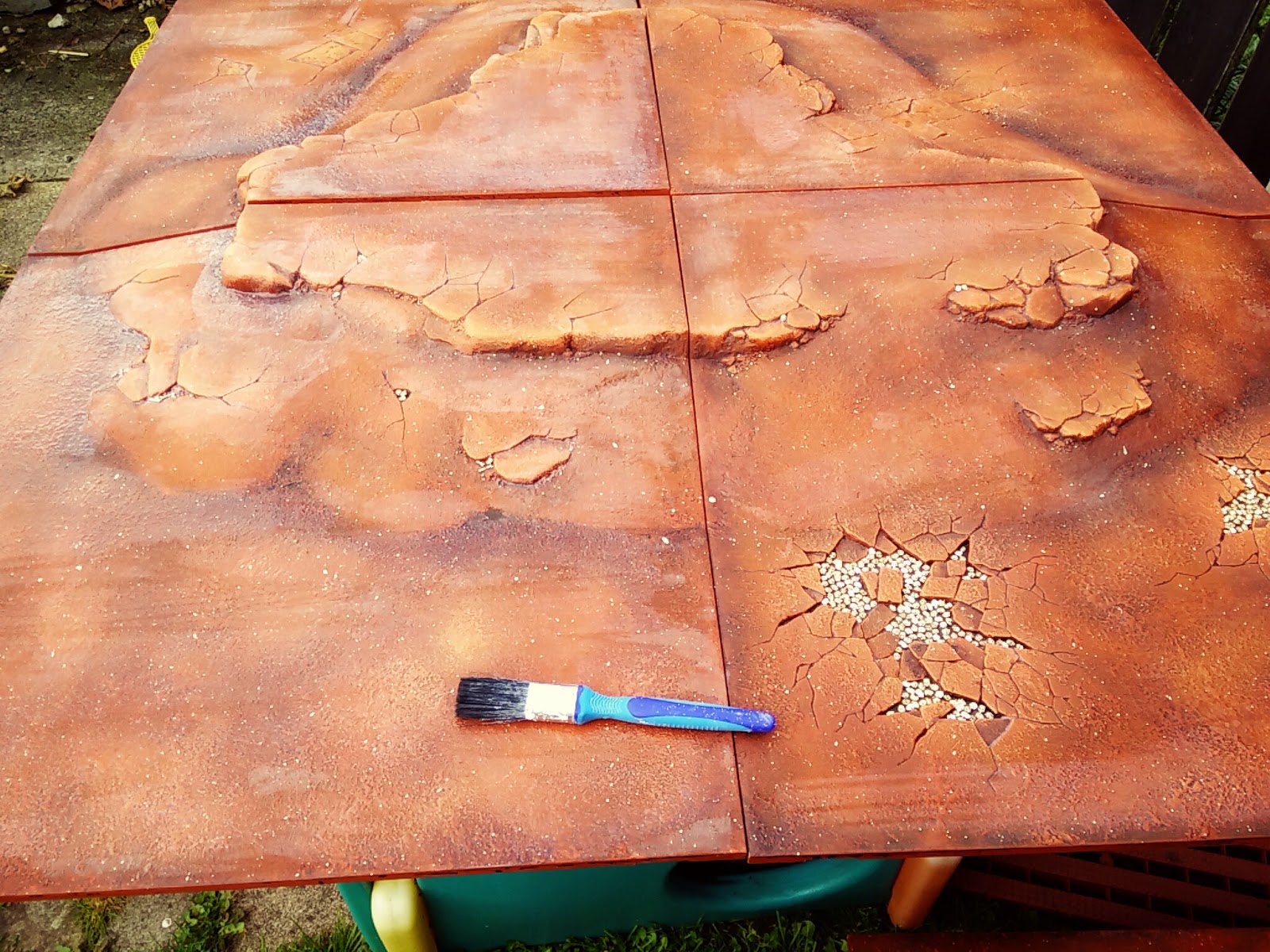 Eventually I just put them in the garage and time was no healer. 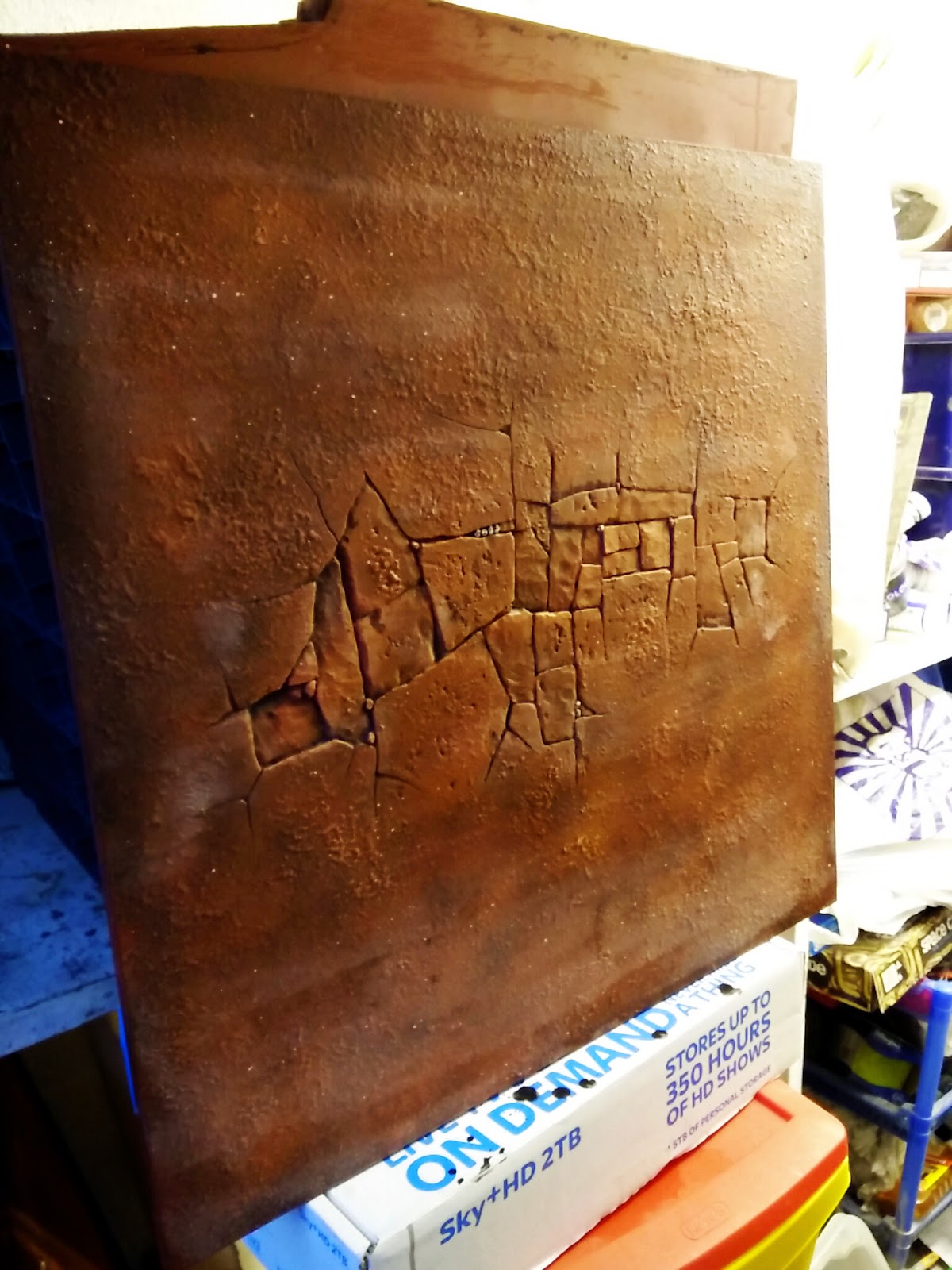 So the 40kaddict does not recommend this product for any hobby surfaces! 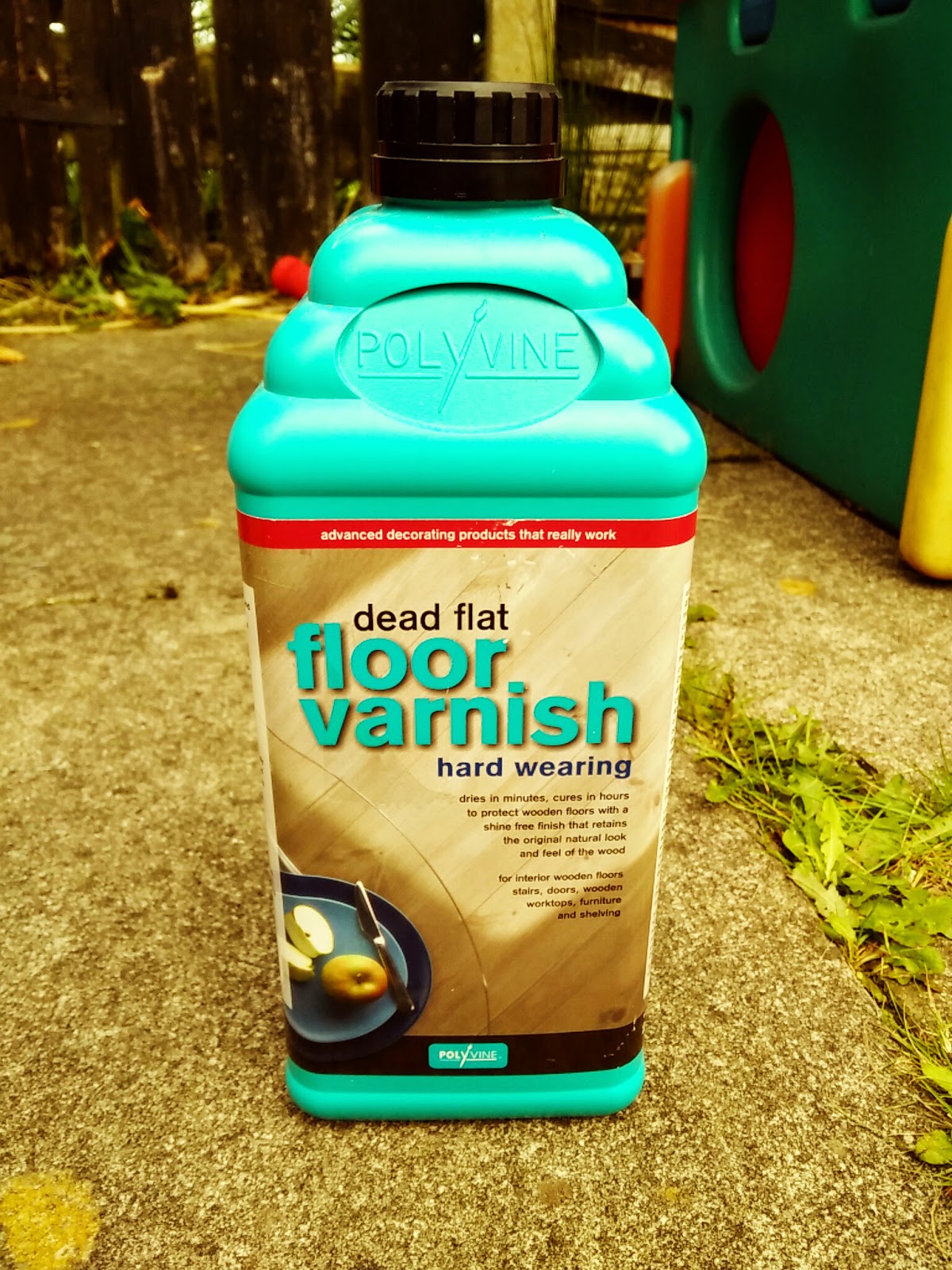