Terrain is everything - Project Ω - Realm of Battle Board - Dem Bones

PLEASE NOTE: These pictures do not represent the boards current state, it has since been ruined by Polyvine floor varnish and taken back to shadow wash stage.

Like I said I took this picture and the colours just blew me away, this had to have a post of it's own. This had to be the headline, not some subtle spots. Obviously I've painted the skulls Bonewhite and washed all the cracks with Army Painter's Devlan mud equivalent. I also washed some of the skulls. 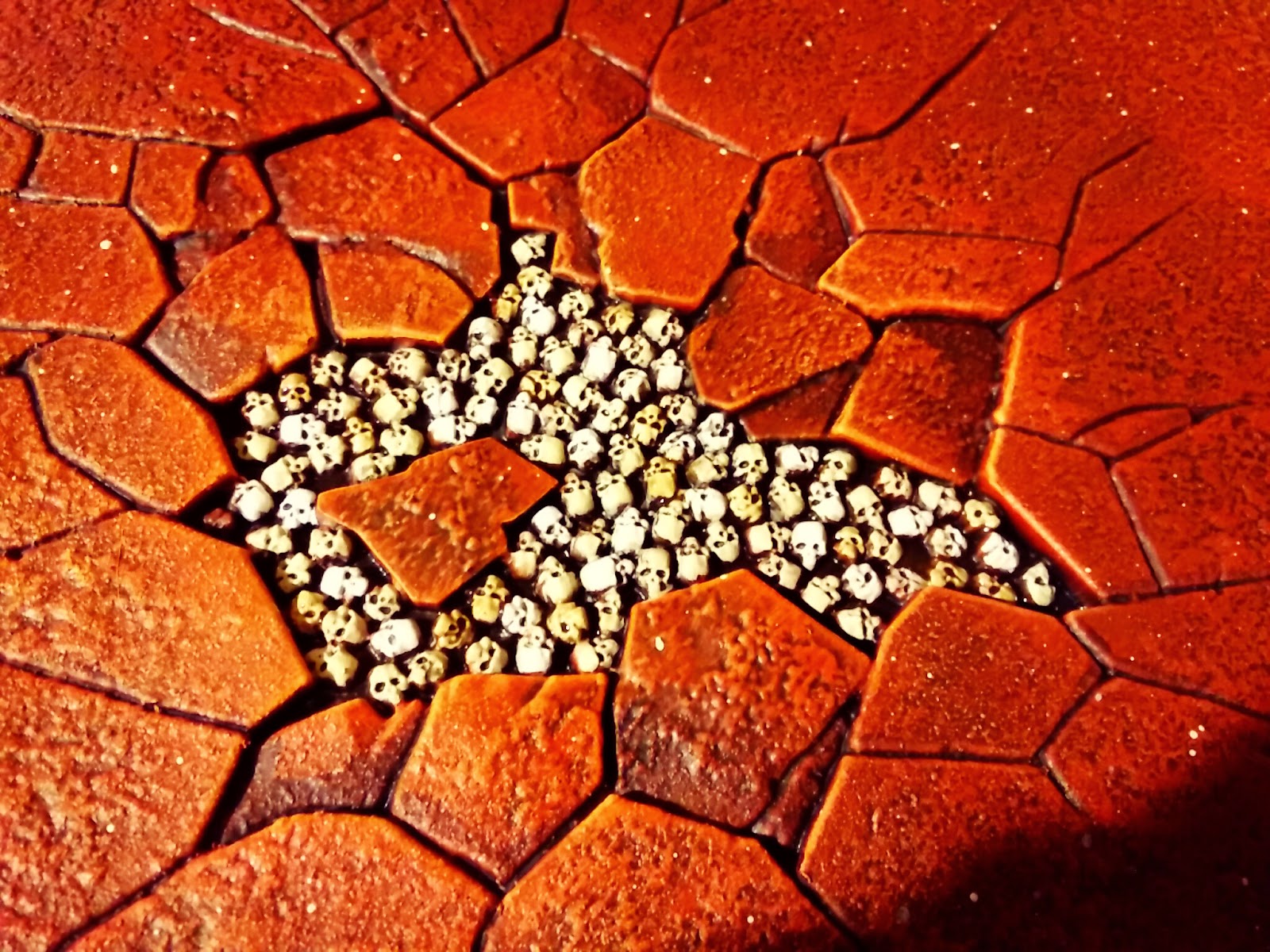 Having apllied the Bonewhite I wanted to add a bit of variety so I did a quick highlight of pure white on a random selection of skulls. I also knocked a few back by washing them with Army Painter Soft Tone [sepia]. Once again I'm overjoyed at the result and because it doesn't introduce any further colours to the board I think I may well just stick to the this rather than turn them into reclamation pits. 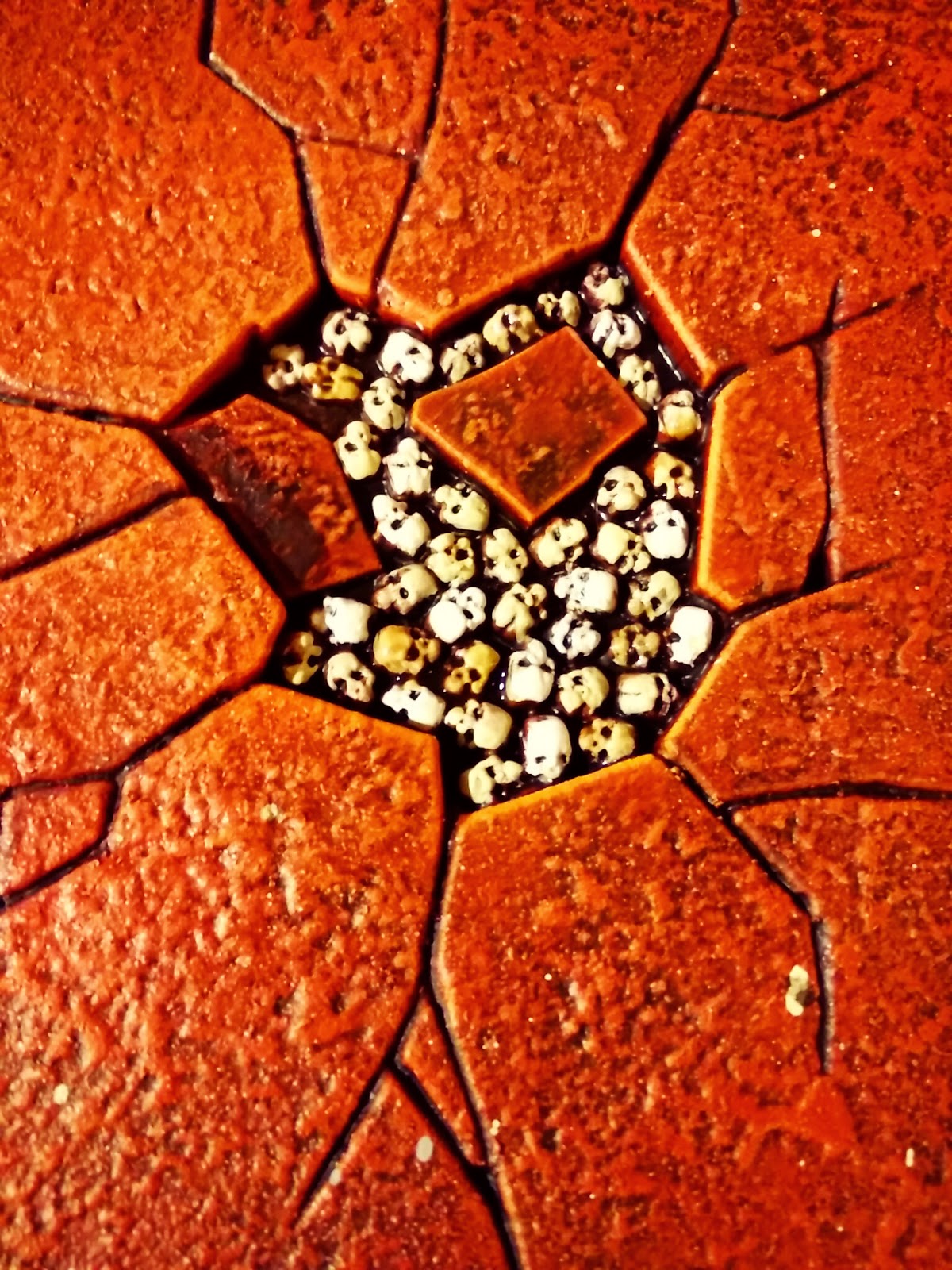 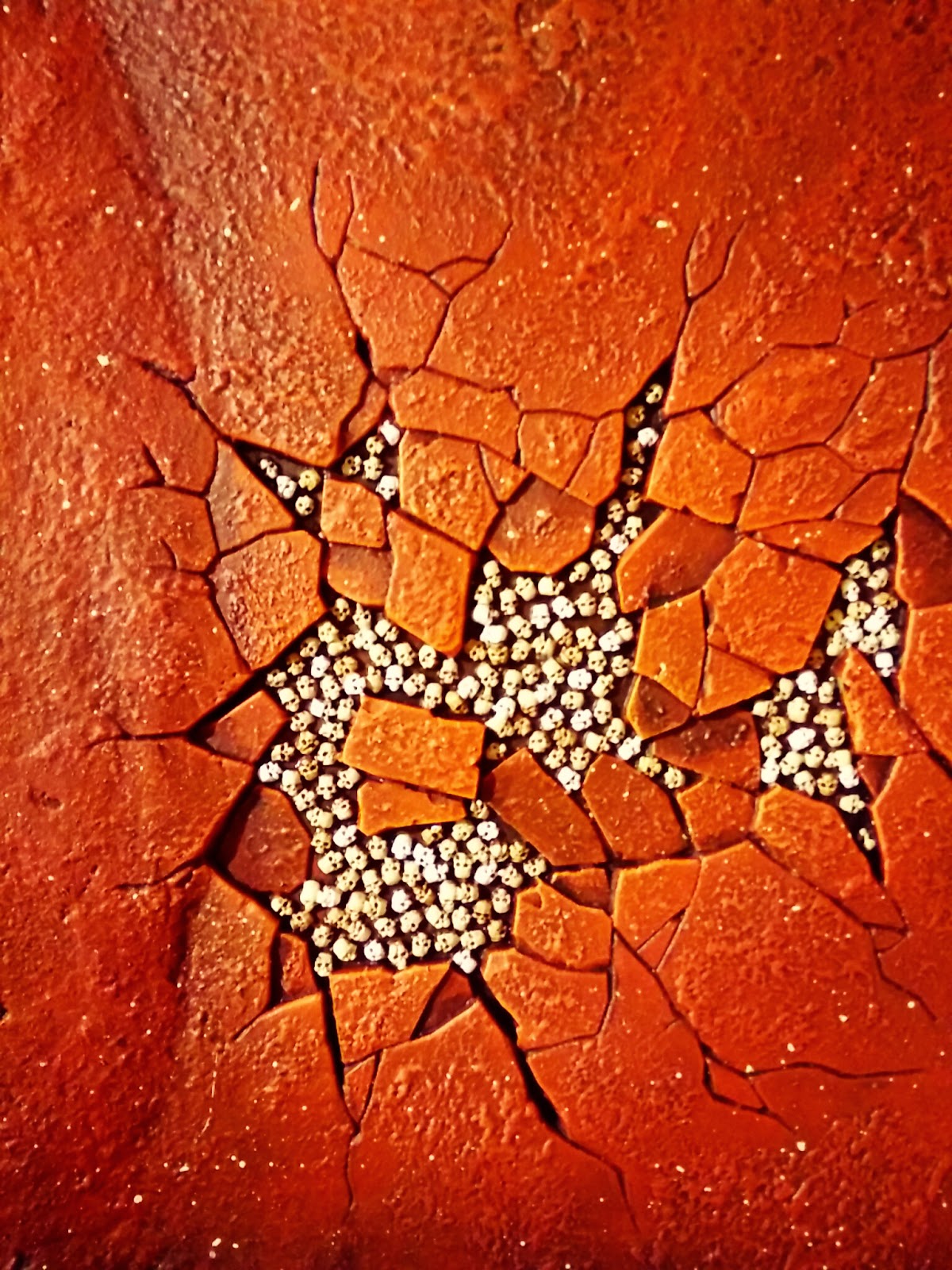 The skulls work on their own and although adding some slime and water effects would mitigate the almost universal dislike my mates are not that set against them. Anyways it also adds another lements of fluff I could write about the questions what these skulls are buried just beneath the surface? I'm just a little unsure that there's too much red oxide showing through in this one, perhaps a darker wash in the crevices would add a bit more depth. it wasn't an issue when more effects were going to be added on top, now it looks a little like skulls moulded onto a flat sheet [which is exactly what it is!] 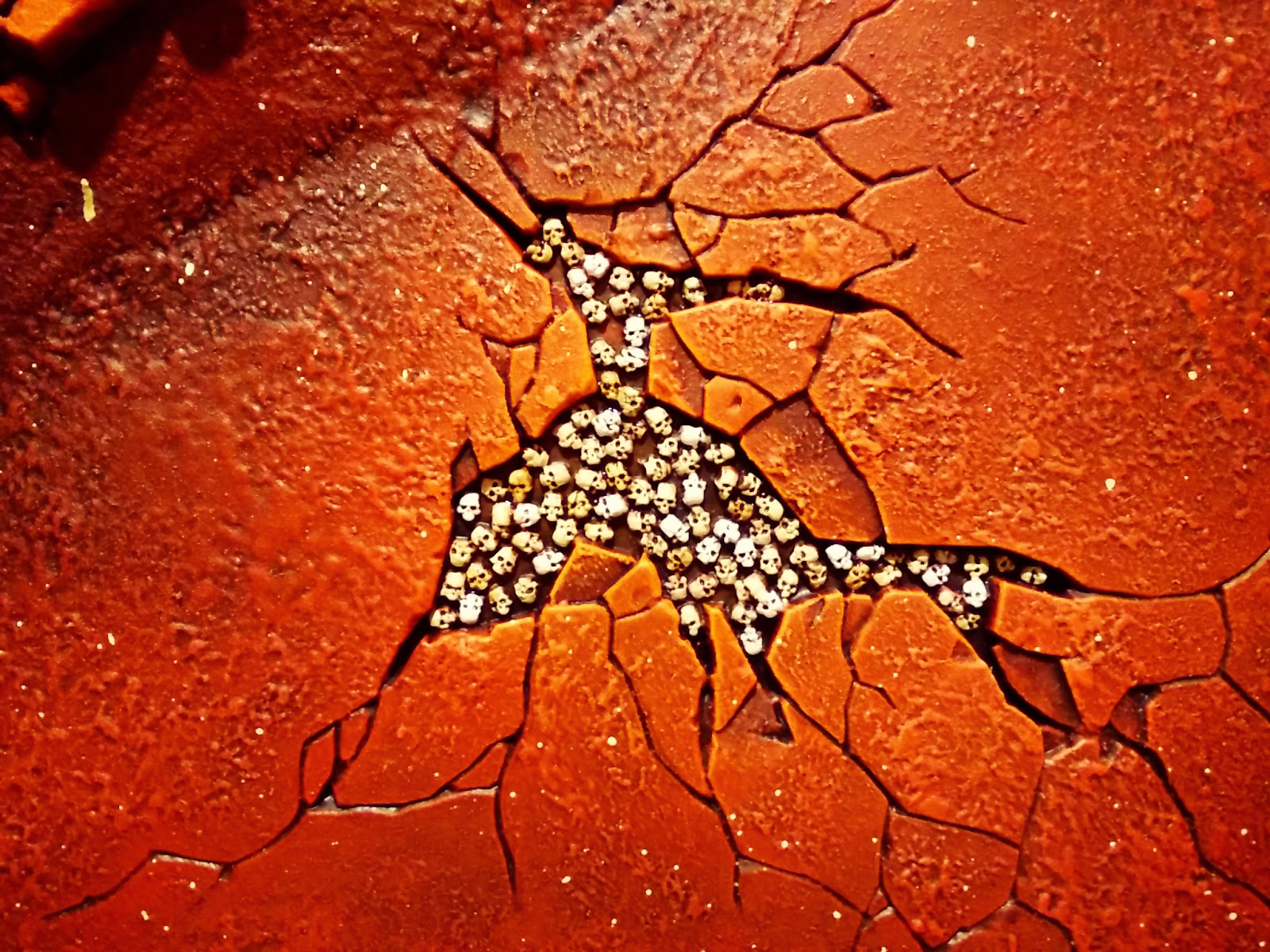 Similarly, close up the highlights and colouring on the skulls is actually quite poor. This would have been covered up with green/yellow/black slime btu it's exposed now but it's sufficent for gaming purposes. Listen to me rationalising shoddy workmanship just to get it done on the thing I'm going to be playing on for a good few years! 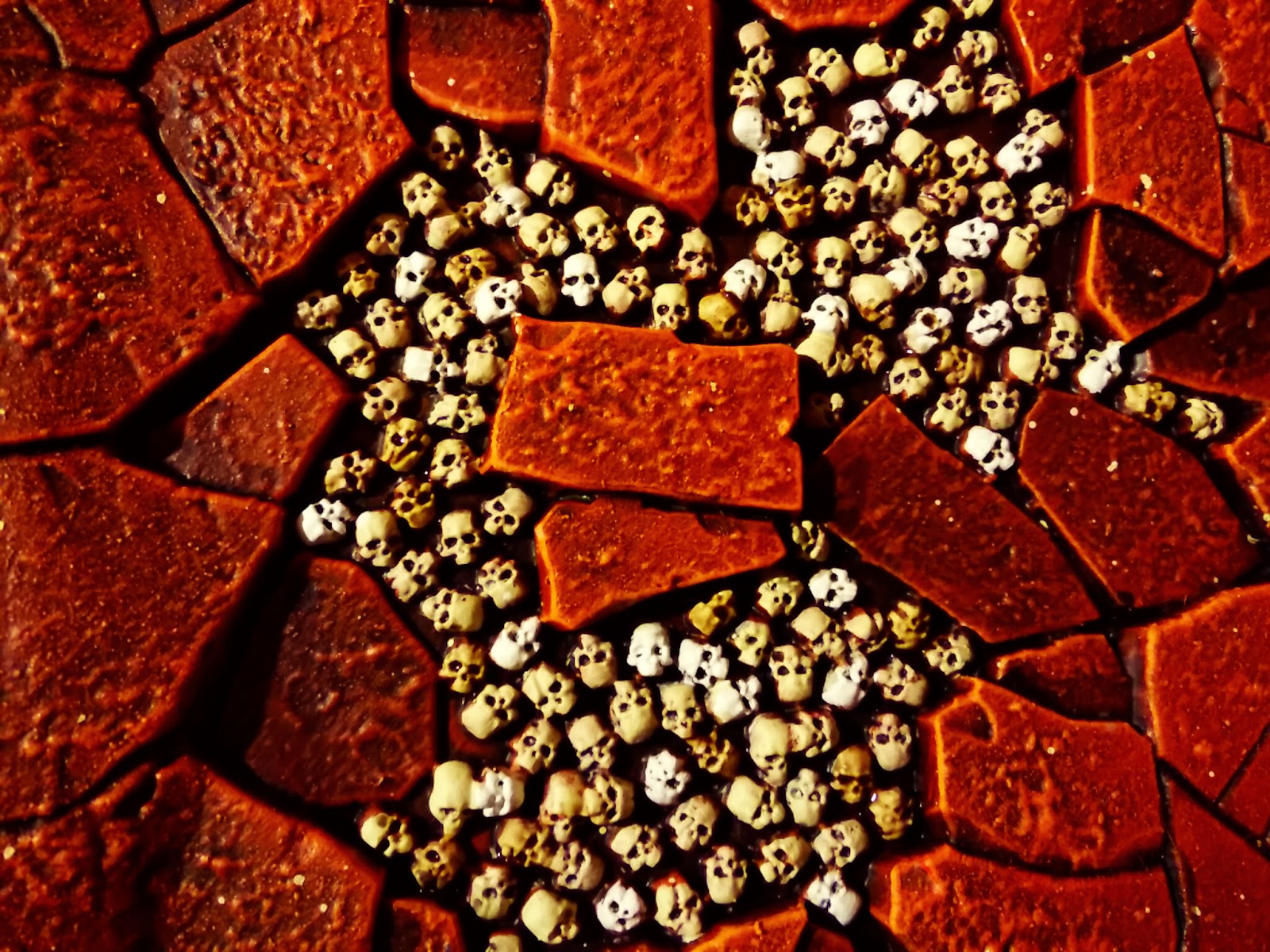 I know I had my camera settings to 'warm' but the colours are just fantastic and just as rich as my printed backdrop I'll be sad to miss [although I'll still use ot for photography]. 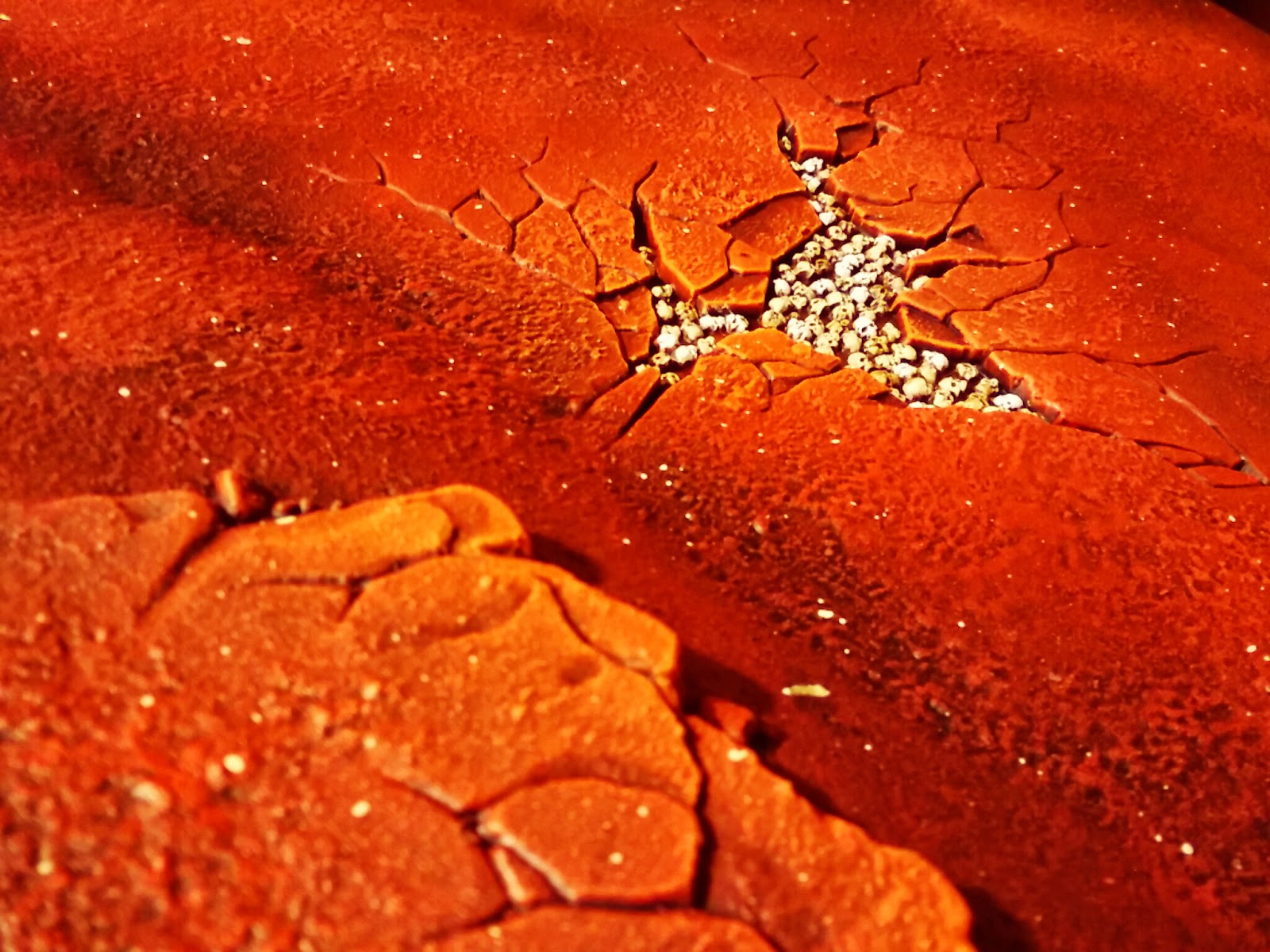 Unfortunately I didn't take any pictures with models on but I have put 'Death' on it and he blends reasonably well, his base a little more 'pumpkin' but it should be interesting to see the army displayed once it's completed. 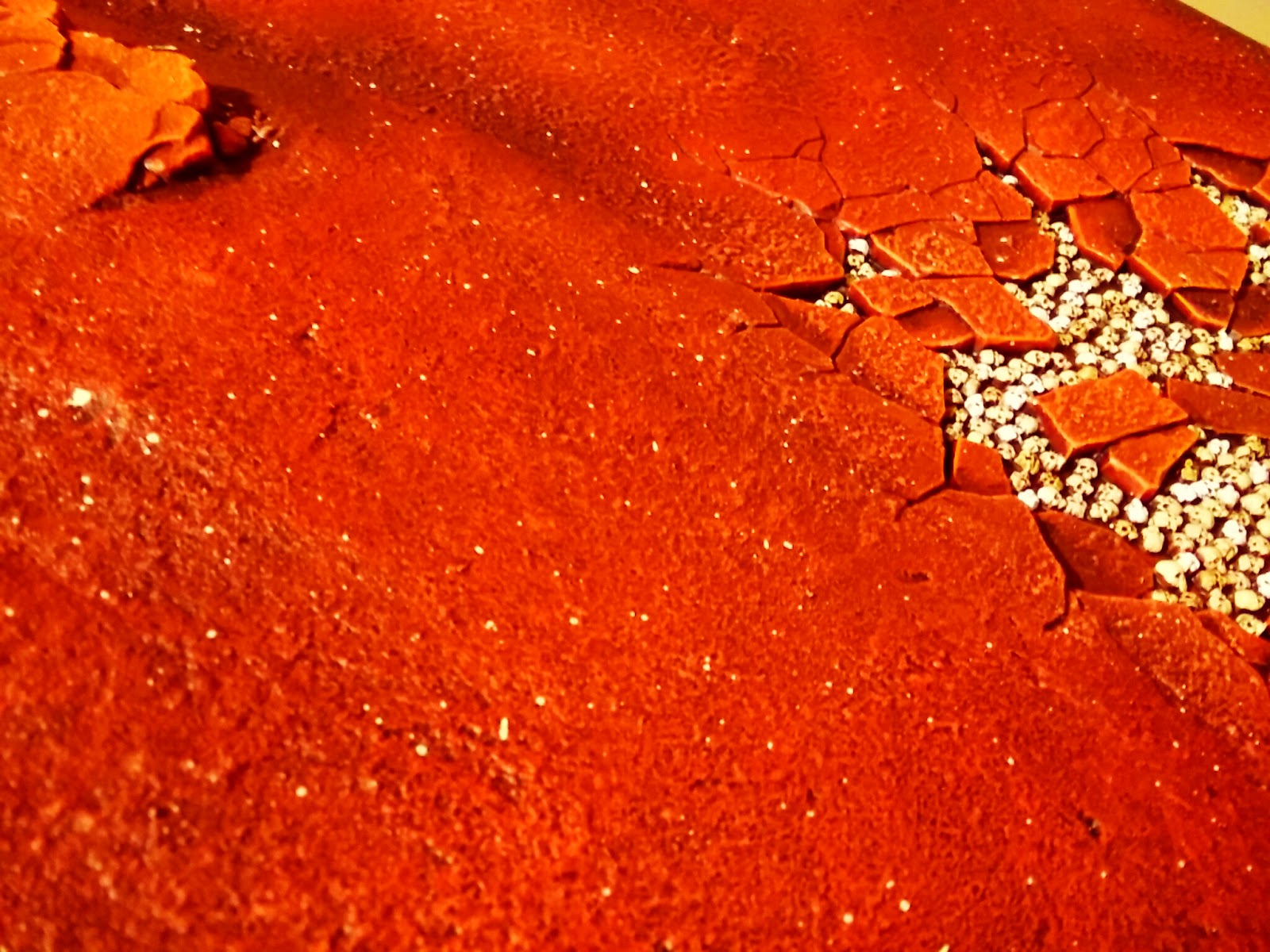 Yet more pictures of my lovely [alien infested] red planet. 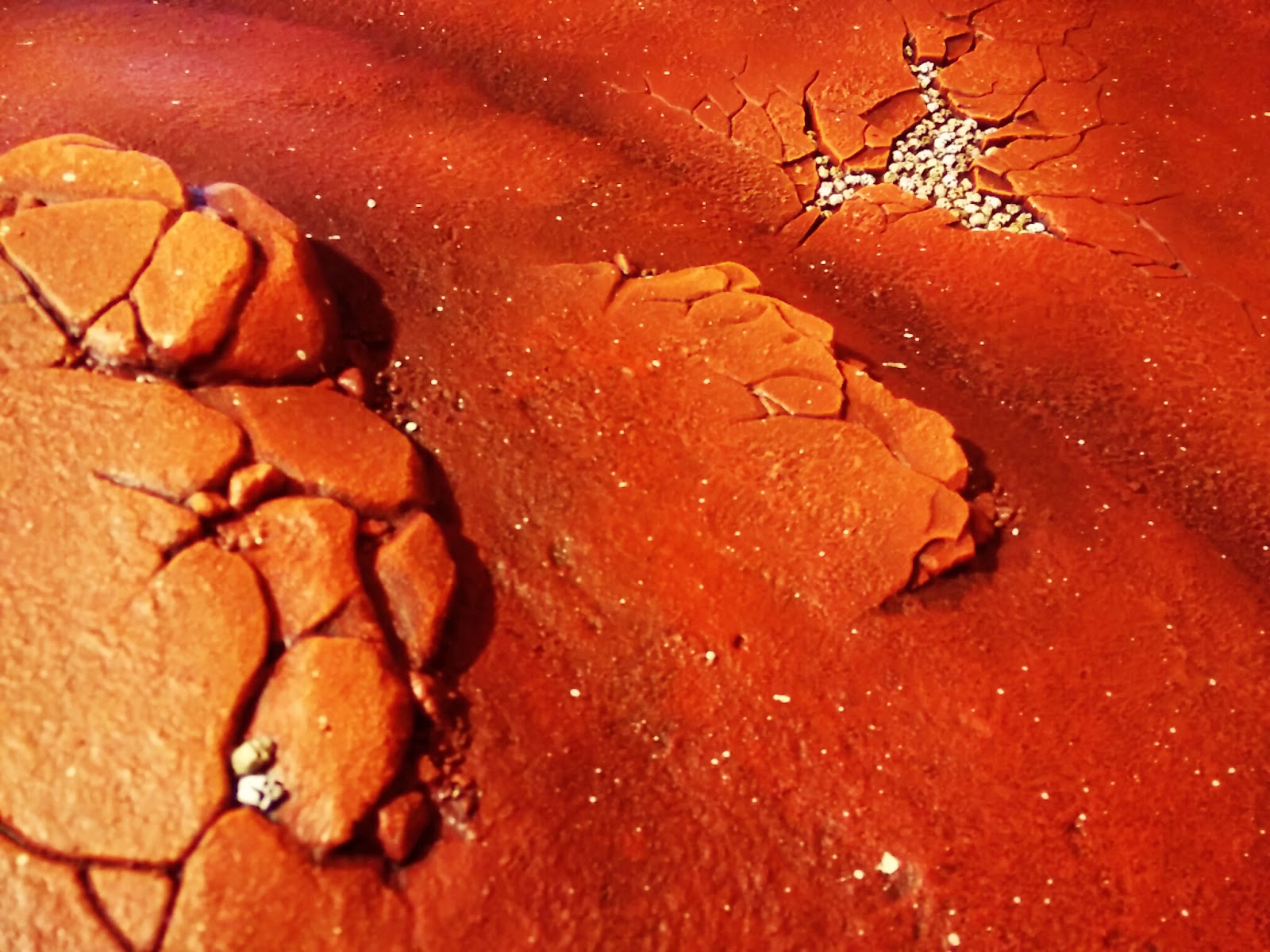 And lastly a real close-up so you can see all the spray texture, highlights and spots. It's a little blown out but I think you can see that at least the majority of the surface looks like real dirt, at least I think it does, rather than a moulded plastic field. 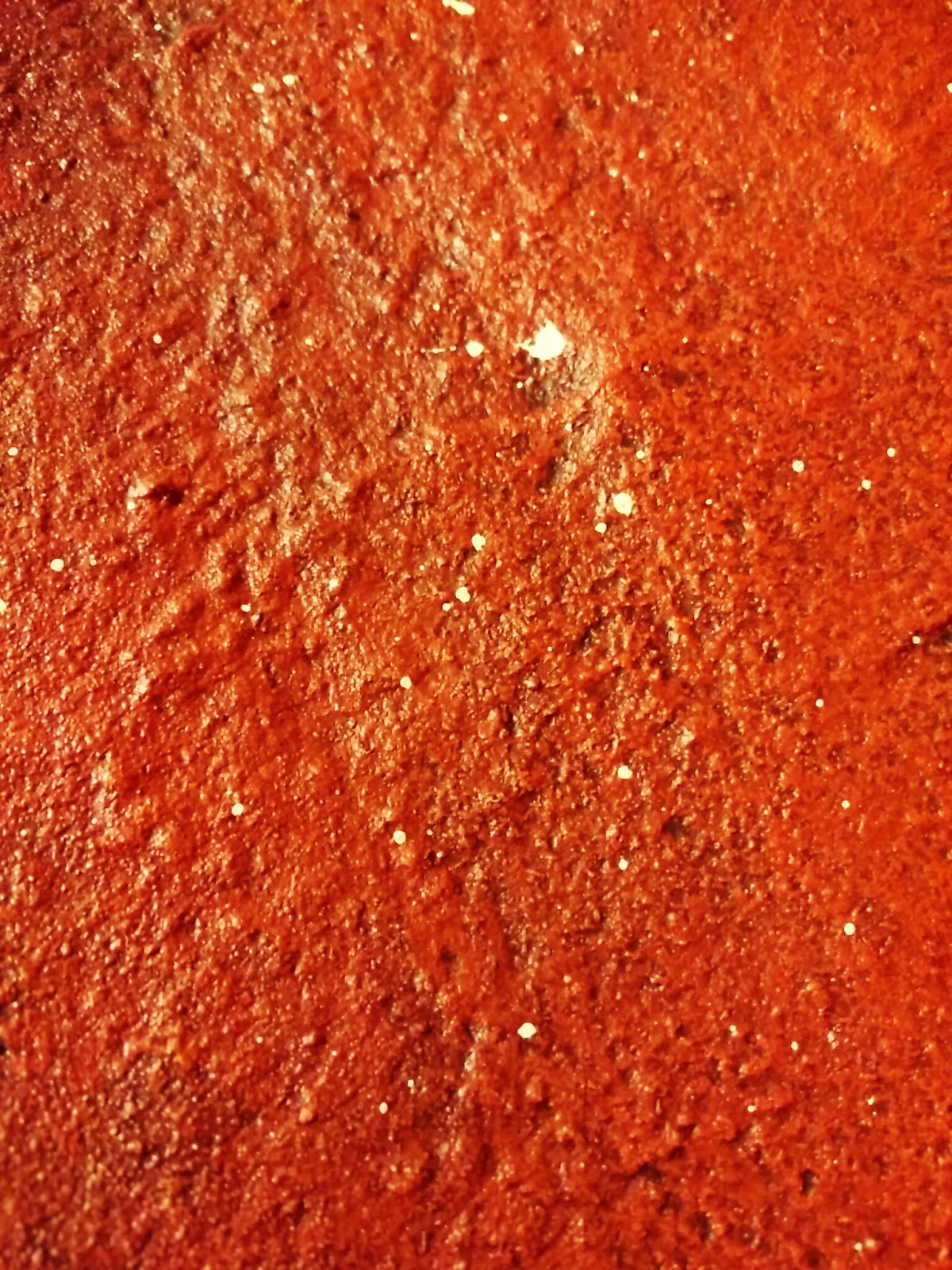