Otty sent me a text message the other day asking if I could showcase the first completed figures of his Inquisition force. And why wouldn't I? Aside from the fact I'm desperate for some new content Otty is an amazing painter and converter. He's been alluding to this mythical army for the last couple of years [speaks the one who has 20 year old figures that have just been painted, although this does contain miniatures of equal history] and finally here they are: 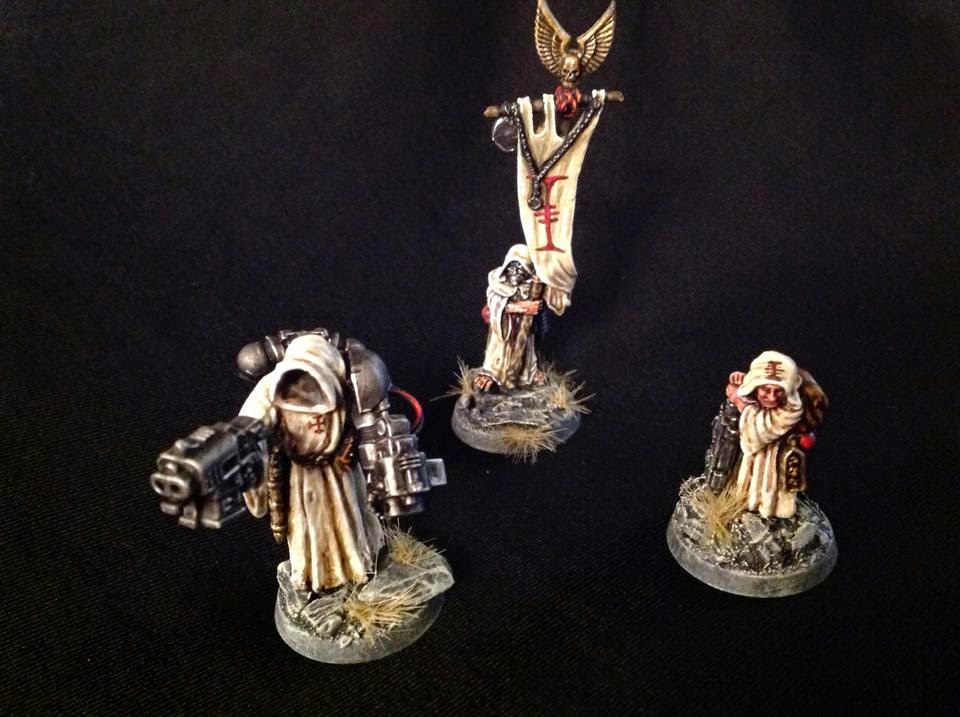 Got to love what he's done so far, I see a lot of INQ28 stuff online, inspired by John Blanche and Otty seems to be tapping the similar grimdark future gothic anachronisms of the 40k universe. Here's what he had to say on the Facebook group:

First figures completed for my new inquisition army. Tried to paint to my best ability and I have stuck to my rule of converting every model, largely wearing dressing gowns with some metal. They are some of the first models I ever bought- over 30 years ago , proper vintage. These three are the first of a unit of 10 inquisitional all infantry. Hopefully more to follow. 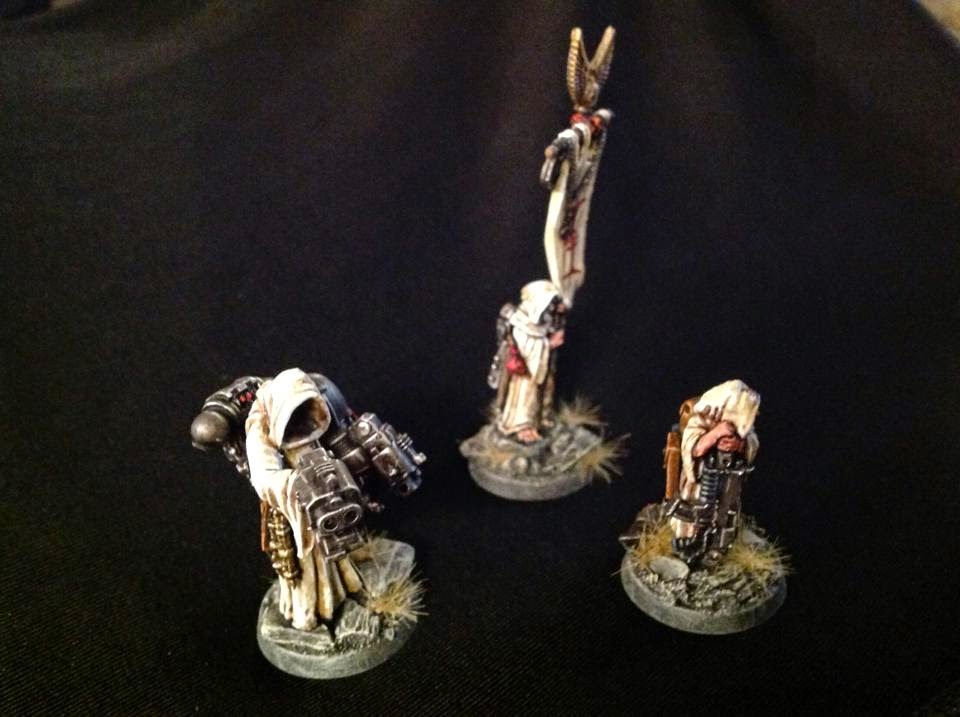 And who doesn't want to carry two Storm Bolters! I can't wait to see what else he gets done, there's a lot of playful character in these miniatures which reminds us you can still have fun in the future where there is 'only war'. 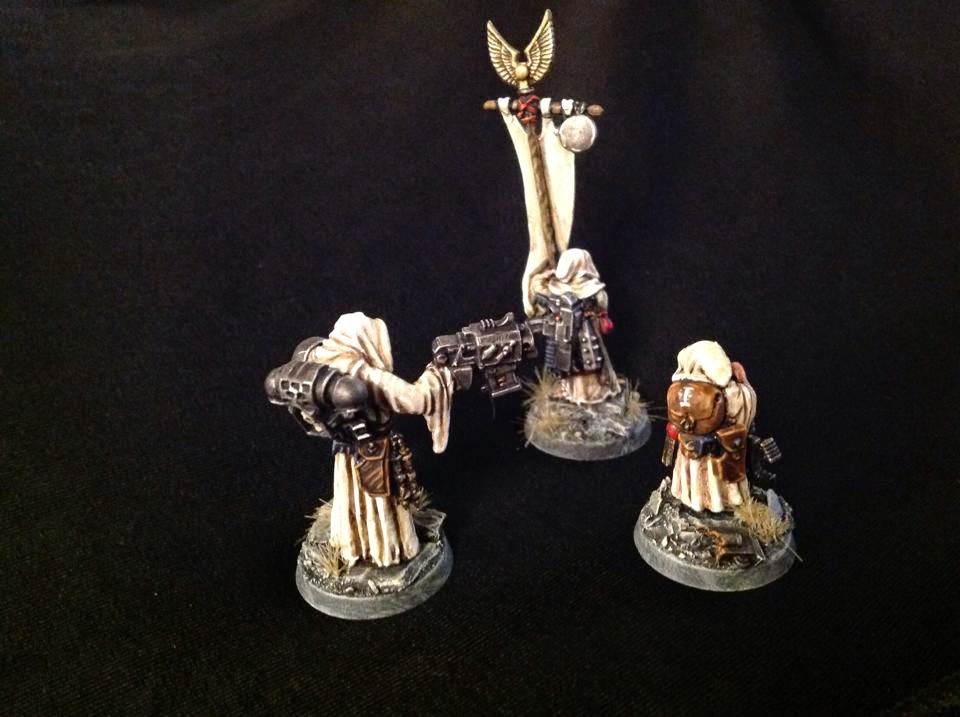 Hope you like them, I recall he's also got some crazy Lord of the Rings conversions he may share if you want ;)
Posted by 40kaddict at 12:28