Techno-archaeologist Avro Vulcan continues his research in the Ferron Proxima badlands. It has been months since he revealed a newly discovered Standard Template Construct (STC) to Tech Adepts at the Adeptus Mechnicus Oversight Cohort on Ferron Proxima. This does not mean he has been unsuccessful in his discoveries, in fact the opposite is true, his very success has been his undoing by malicious data attacks by the group known only as the Free Radical Collective! 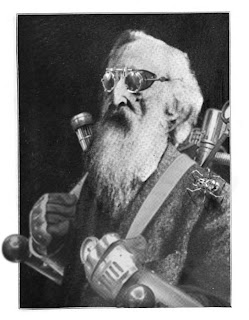 ﻿The Free Radical Collective have been targetting Avro Vulcan's data banks and releasing his discoveries prior to aproval by AdMech Overseers. Th people of Ferron Proxima have seen benefits from this, technologically speaking but wanton disregard for testing procedures and the free distribution of advanced technology has caused the Adeptus Mechanicus to bring in a specialised unit of Tech Inquisitors to discover the true identities of the FRC.

Meanwhile Avro Vulcan brings us another innocuous, but perhaps revolutionary STC, the Standard Manifold Coupling, aka the Modular Plug Socket. The details of this coupling has been kept secret by Vulcan due to the interest from data-hackers who have sort to gain control of this valuable information to share outside Adeptus Mechanicus control. Once private enterprise can access this information they will utilise it to gain control of all Mercury Plateaus suitable for Plasma Generators, thus reducing their need to pay tithes to the Ad-Mech administration. The Modular Plug Socket is more than just a connector for Plasma Generators, it also functions as an underground storage portal, watch tower base, heavy weapons turret mount and lift shaft. In time these STCs will also be shared with the world. 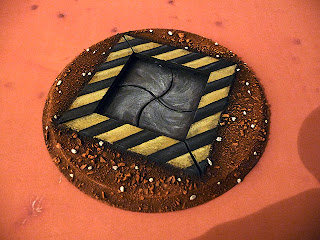