I've come to the conclusion that a sense of chronology may be misplaced in my current blogging schedule. I've three Battle Reports and a couple of Tervigon and painting updates pre- Throne of Skulls that help to lead into the five battle reports from ToS. However, if I continue in that order we're talking the middle of November before they are published and lets face it the first three Batreps are already out of date. So I'm going to rejig the schedule, my biggest hatred of the blogger interface as it's a ball ache, and try and bring the ToS one's forward. They're current news they others are history.

Therefore you may want to avail yourself of my  Hive Fleet Gorgon - Ferron Splinter Fleet army list and background. The final list I decided on, which I felt was Wafer Thin in places and Stronger in others. Some of the background you may be familiar with, it's handy having a blog to source this from ;) And to add some visuals to this post here's some of the new decor at Warhammer World. 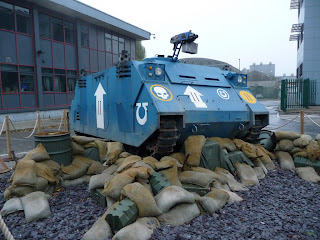 I love the fact the Rhino has a full 'display' to it, not just parked up. 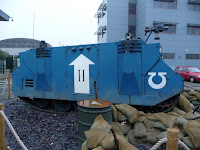 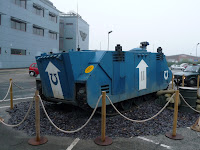 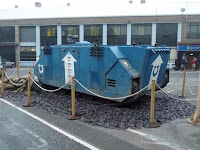 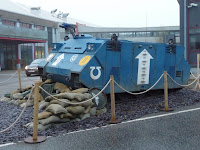 Also I never got a shot of the Space Marine on the plinth at the front of GW HQ, so I went and got one this time. 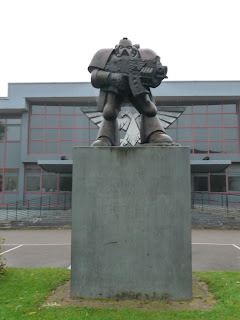 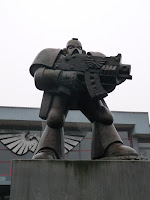 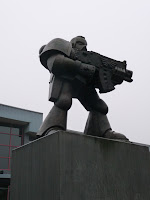 And the Imperial Eagle too! 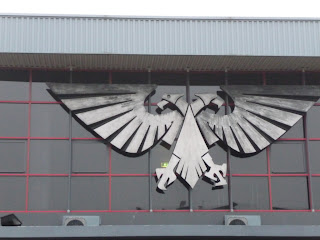 Ooh, but look who's missing from the other building... kind of spooky to see he's moved!

So, look forward to 10 days of battle reports, each one is split into two as there's a lot to take in but I will be running them consecutively so you don't have to wait a day for a conclusion.
Posted by 40kaddict at 12:17