I only realised recently I never took pictures of my son's Fire Prism. OK I admit I painted it but we knew that was happening and I've only done a basic finish but even so I'd be happy with something like this for quick tabeltop use. 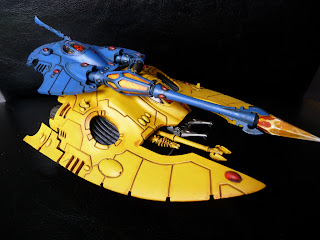 If you recall I was hoping to create a gel-filled effect but that didn't really work so I did some weird paint effects to try and get some 'powered crystal' theme going on. 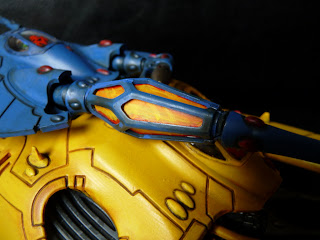 Here's the actual firing crystal which is suitably more angy looking as the energy is confined to the point. 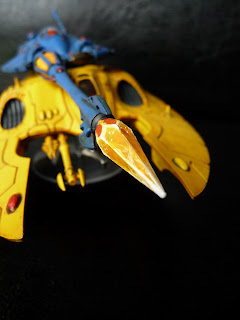 Top view. There's really so much more I could do to this but it's not my figure and having a showcase piece in amongst the rest of his figures wouldn't be the right thing to do I think. 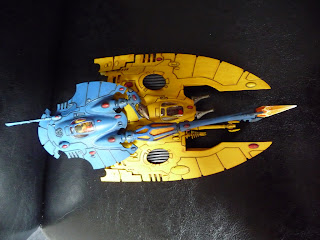 The simple fact is my son has totally gone off the boil in painting his figures. He mentioned having a go the other weekend but when it came down to it he decided to play on the computer instead. Although I'd prefer him to do something more 'productive' I'd rather not force him to do something he doesn't want to do and certainly not something I feel he should be initiating engagement with himself. 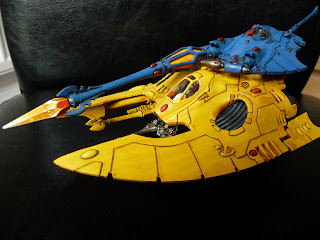