Inspiration is a chain

Afternoon #warmongers and #warhammercommunity in July 2012 we were just getting 40k 6th edition. I'd fallen off the hobby wagon a couple of years earlier. The painting aspect was progressing - I was happy with my results and being productive. I'd also started a blog, designed my own terrain templates and built some of my own Imperial terrain but I wanted to do more. Combining my first major success - conversion of a Tyranid Carnifex to Tervigon and 6th edition's new found love of fortifications and it was potential Tyranid structures that caught my imagination. I searched all over the place, well Google did most of the heavy lifting and I came across these by Mr. Pink [a.k.a. Modern Synthesist]. The idea of using fruit pots as a base for more organic alien walls was genius. I have an A-level in Art, had specialised in sculpture and clay, I could find a way to mold some of these out of Milliput. 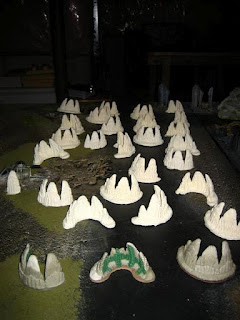 Within a month I had started my own. The naivety of using greyboard as a base - convinced it wouldn't warp [it didn;t reall, I was very lucky]. The ingenuity of stapling the reversed pot between the two main pieces. The stupidity of using your own Aegis wall templates as the scale, when you'd got those sizes wrong and essentially built a defence line that was just too big and legally you would never be able to use all 4 long pieces! 😫 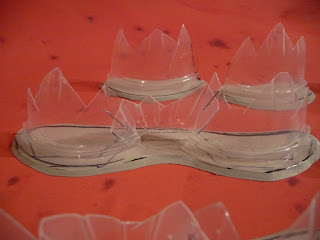 And they came out pretty cool, even if it was before I settled on my Red Planet BASE! showcase pics, enjoy the pleather! 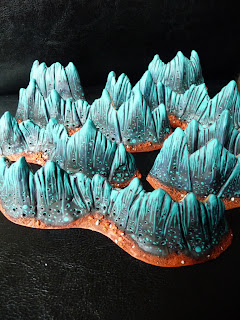 But that gave me the confidence to go even further with my next build - Tyranid Bastion. Arguably my most difficult build ever, but at this stage I had no idea what was still to come. 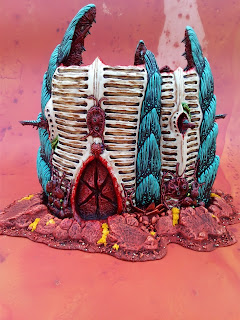 I built 6 Capillary Towers with a secret agenda all along that nobody twigged. 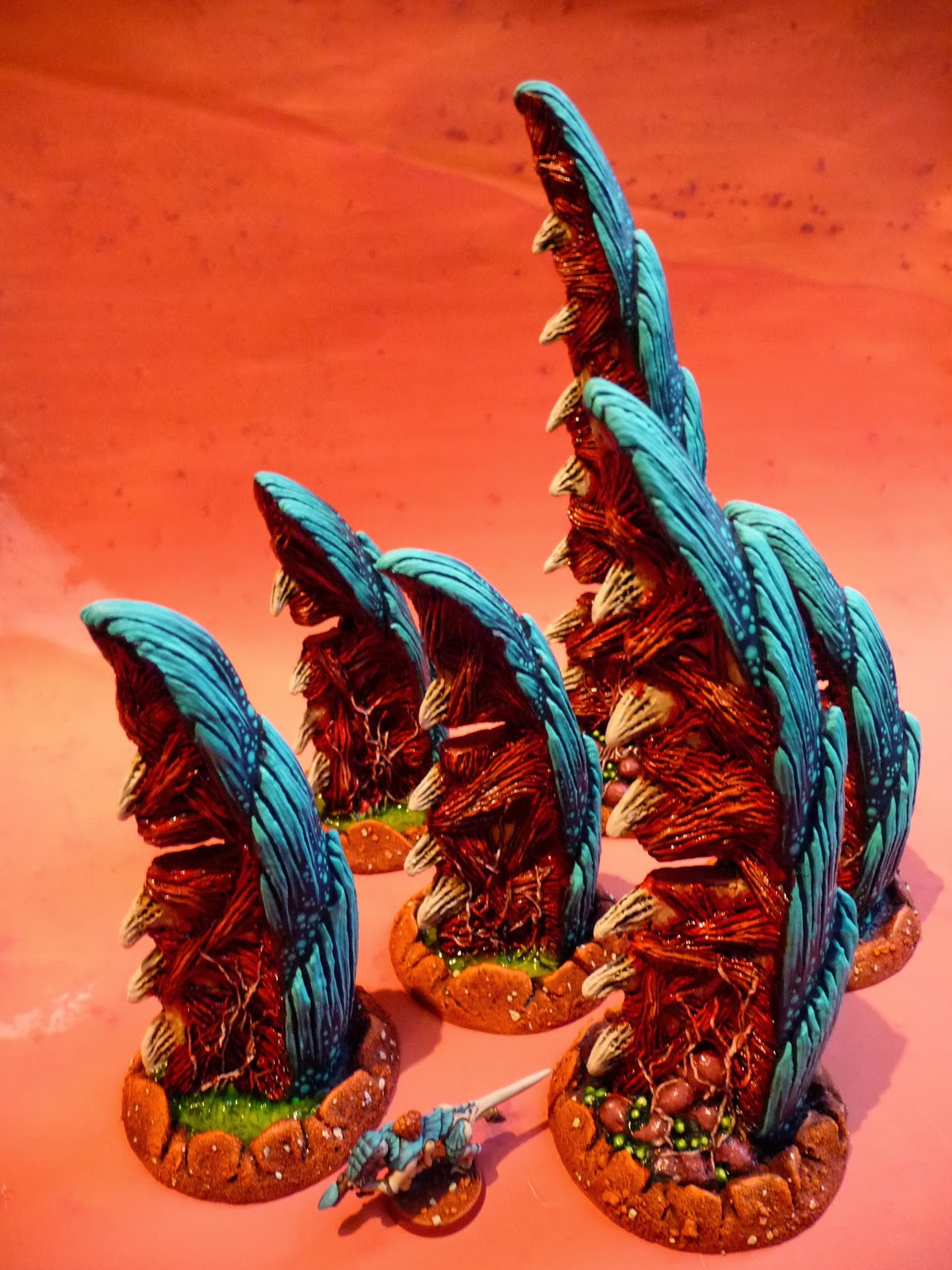 I had a shadow project running all along - making a Tyranid Skyshield Landing Pad that slid into slots in the Capillary Towers to create the platform. It would even get fleshy walls too, eventually. Completed over 6 months on and off - testament to perseverance and patience. 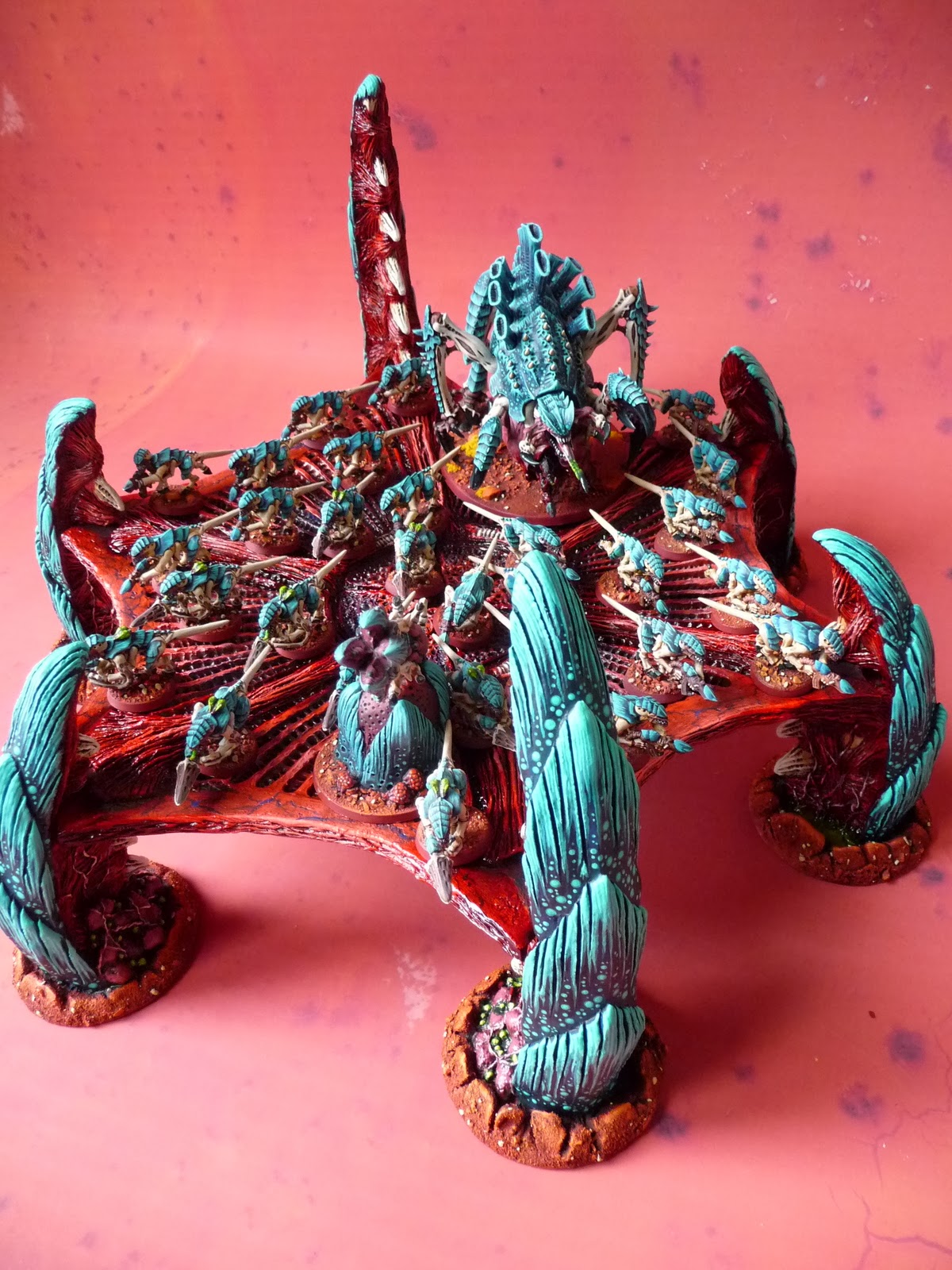 I'd spend another 6 years [more off than on, obviously] realising another vision of a Tyranid Void Shield Generator. And I think it was this that kind of brought some of this full circle. 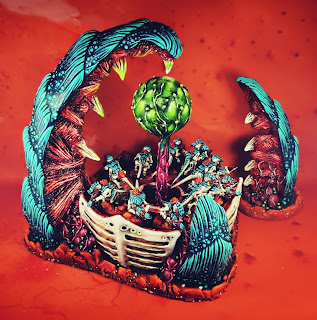 I'd repeatedly shared comments with Mr. Pink about his inspiration all those years ago and he also bought the Necron half of my Indomitus box, which I sent to Canada for a crazy new future at his hands. Shortly thereafter he messaged me to say he had something he wished to share with me, and eventually I received this in the post. 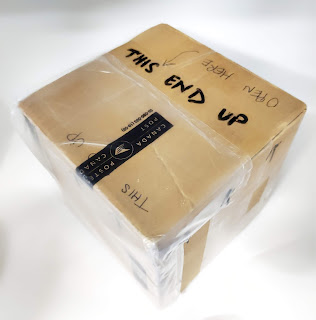 What treasures lie within? 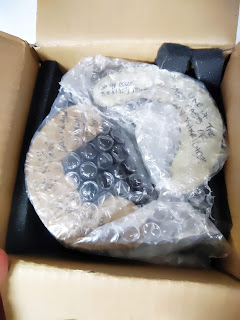 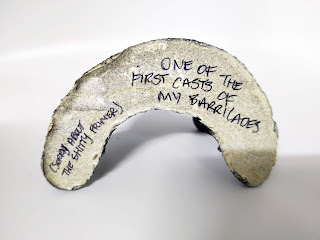 Yes indeed, one of the first casts of Mr Pink's alien barricades. 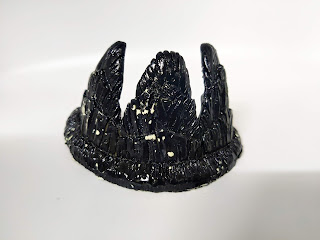 All primed and ready to go. 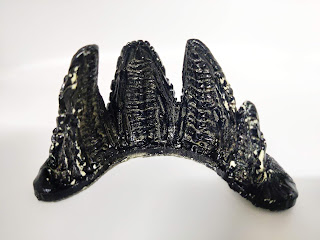 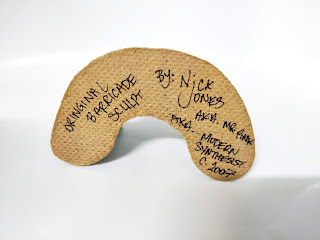 How about the original sculpt as well, so I can see in detail how it was made in sections. 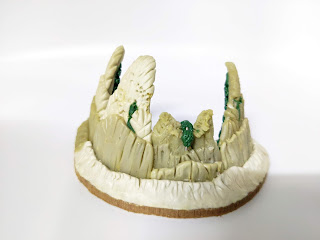 Using a mix of Apoxie sculpt and green stuff. 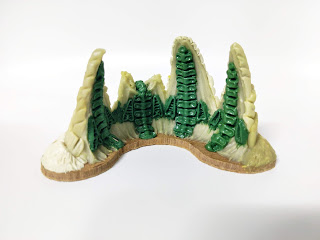 Additionally, there was an alien xenoforming pod. This one is slightly unfinished but I think the completed ones had LED tea lights in to glow with an alien light. 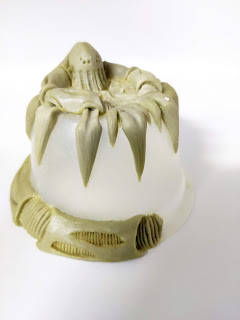 As you can see part of it needs filling in and I may one day consider doing that and even painting them up, but for now I'm just overjoyed about the generosity. 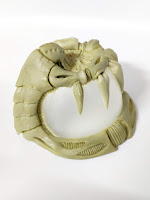 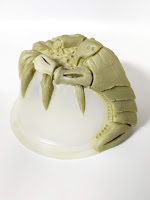 Compared with my own efforts - a little taller and much more detail. There's even some guitar wire in there for extra alien ribbage. 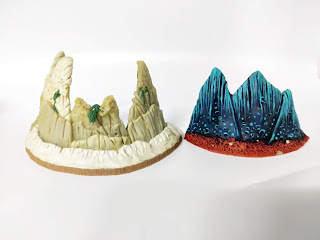 The inside detail is amazing in comparison. I'd say I was just starting out, but I'd probably still do much the same nowadays anyway! 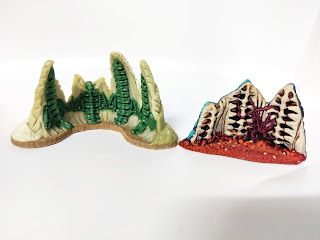 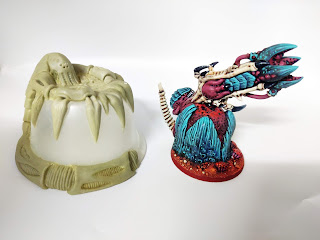 I'd probably start with a fruit pot like this second time around. Using a plastic cork resulted in the 'mushroom-esque' shape of mine, when a blob would have been better. 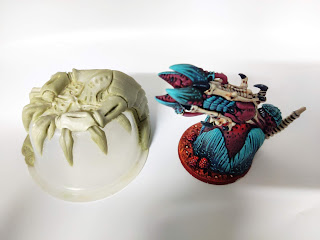 Mr Pink described this inspiration as a chain - linking us across an ocean. How he inspired me and how I may well be inspiring others. That's the greatest gift of the hobby - sharing what we do. Being brave enough to put it online. Not worrying if it follows any prescribed lore but scratching that creative itch in our brains - the vision you cannot just leave there. How you sketch it in a noteboook. Buy fruit pots and noodle bowls because you can turn then into bizarre alien constructs and when the dust [or slime] settles you look back at your creation and realise you made it, as well as painted it. You made it from scratch, from bits of rubbish, clay and string and all because you saw someone else do something similar. Have a think and see if you want to be part of this chain too.
Posted by 40kaddict at 12:33