Afternoon #warmongers and #warhammercommunity I'm still #paintingwarhammer on my Dark Angels Deathwing Land Raider Redeemer. But these will be the last pics for a while. It is almost finished, I've applied all the blessed verdigris, lenses etc. However, I wanted to see if a big number and text would look OK. 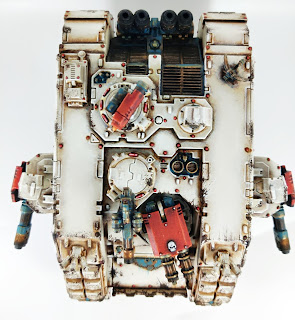 So I Photoshopped it on. Now the left is how I originally envisaged it, but the right is how Titans would see it. I can't decide which would be better. Regardless I'd need printable decal paper if I wanted to go down this route. 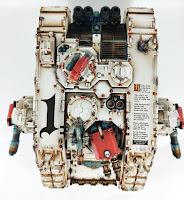 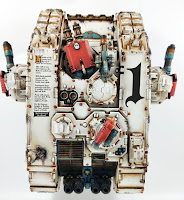 I was also speculating about a number in the centre of the quartered heraldry on the front. 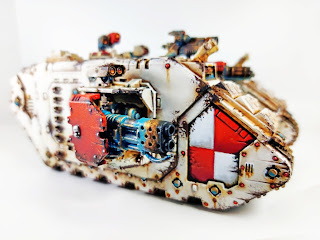 And yes, a big number 1 will make that look better. 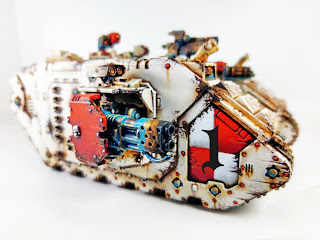 I bit the bullet and went with red lenses on the tank hatches, but they seem a bit lost. Do you think green ones would be better? 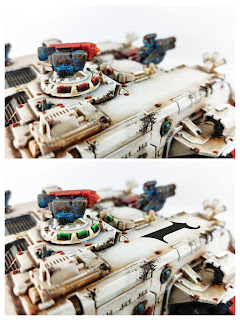 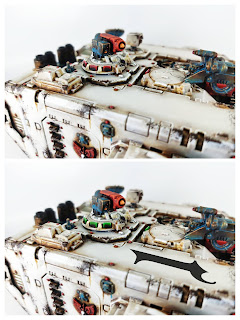 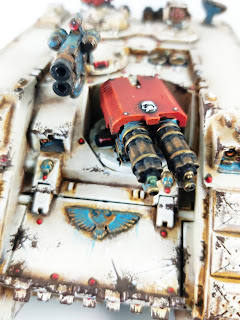 Orange and red lenses on the heavy flamers. I'm not sure I want to Tamiya Clear them... 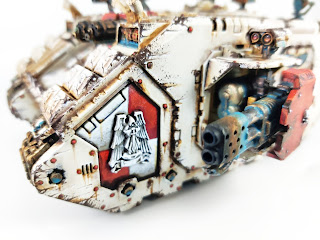 I'll lose some of the effect if I do. 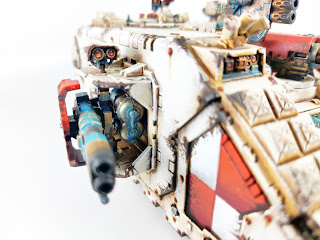 The lights will definitely have Tamiya Clear Red X-27 added, but the lenses don't seem to need it, just a drop of gloss varnish. 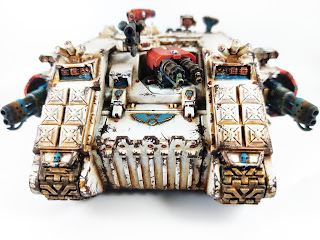 This light will also be Tamiya Clear Red X-27. 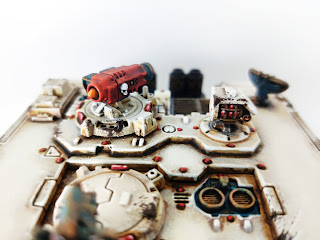 And the back, still debating whether to add orange weathering powder in the grooves of the tracks. 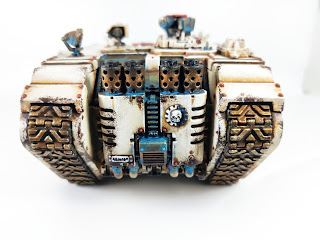 It might be perceived as rust, which it's not. It's the red dust from Ferron Proxima. I may try and Photoshop that too...
Posted by 40kaddict at 12:00