Afternoon #warmongers and #warhammercommunity Alongside my Macragge Tactical Squad I've been #paintingwarhammer on my Ravenwing Talonmaster. The metals were finished in conjunction, that Army Painter Strong Tone taking that bronze to a proper aged look in places. 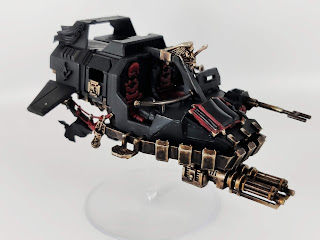 Perhaps too much? But the blessed verdigris will obfuscate things a bit - hide issues, fill in discrepancies. It's a great leveller, I'm not even too proud to suggest it isn't a crutch. But it is more than just that. It adds as well as hides for so little effort. 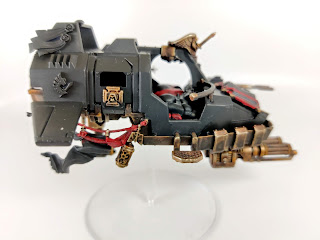 That relic banner will be a constant annoyance, I have no doubt. It's very fragile and precarious, I suspect it'll snap off repeatedly. I'll have to find a gentle way to transport it. All of the black has been recovered, reds and I'm going to work on the cockpit next. 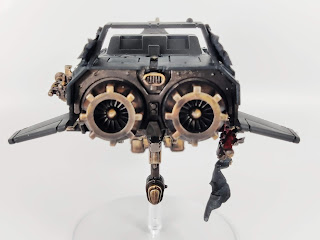 The irony of doing this, is I wish I was doing more of them. I really like the little compactness of them - the new speeders are just too big. Saying that I'm certain to do more than just this one would probably kill my motivation dead. 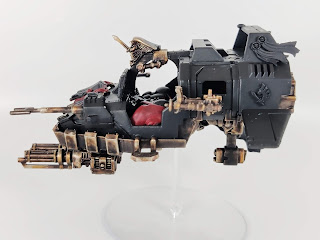 What I could do is get those Ravenwing attack bikes ready to prime and then they could waiting in the wings should I still have a Ravenwing itch once this is complete. 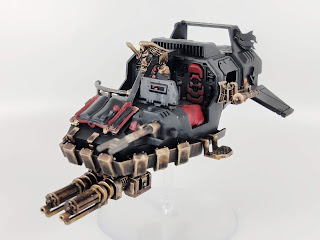 It does annoy me that I tried really hard to keep this model as tight as possible, to prevent gaps in the kit, but those angled edges around the cockpit are awful! I should have tried a little harder to smooth them over... 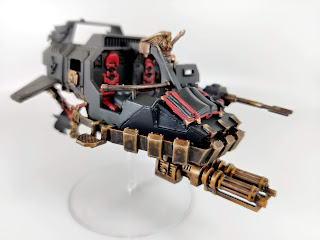 I think I'm feeling the urge to try and rectify that somehow, even if it is a step back I should be happier with the finish before I go on and paint the rest of the model. We'll see.
Posted by 40kaddict at 12:00