It's a Tyranid Skyshield Landing Pad...

Funnily enough I can never seem to find a complete 'To Done' showcase of my scratchbuilt Tyranid Skyshield Landing Pad. The best I have doesn't feature the walls/petals, they hadn't been completed at that stage. In all honesty these aren't great pics but I needed to take some for the monthly Warhammer 40,000 painting competition. 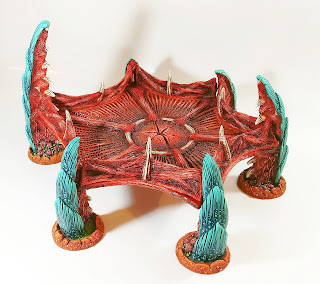 This month it's 'Terrain' and there's a quite frankly insane spaceship diorama but I thought I'd throw my hat in with the old Tyranid Trampoline. 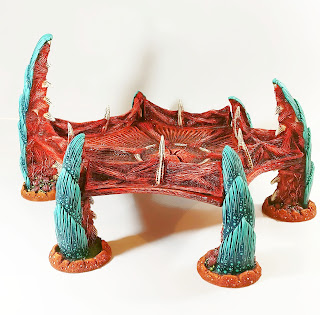 Currently I have no urge to use it in my lists as 8th has made even my backfield defense of Tervigon and Termagants far more mobile, or at least I feel they need to be on the move as a support for the other elements moving forward. 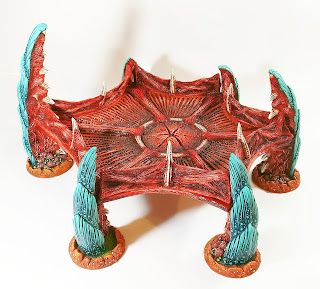 It's not how I've played for years but probably far more in keeping with how Tyranids are supposed to behave. I could be wrong though, maybe these are ace in 8th but I doubt it, and here's the evidence: 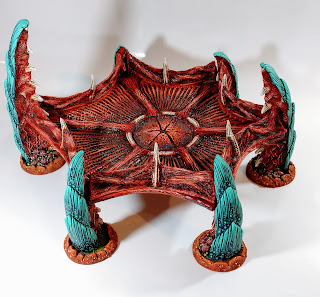 They took a price hike and only convey a 5+ invul save compared to 4+ in 7th. What's worse is it now has a wound and Toughness profile and at T7 can even be plinked by las-guns on 5s. 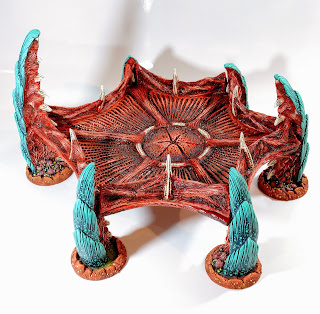 Sad thing is they're not likely to get a 'Codex fix' either as they currently sit in the Imperium Index 2 and I doubt any of the Fortifications will see changes, at the least it won't be until ALL the Codex are released :( So it's going to be a very considered choice to take this to any sort of tournament. 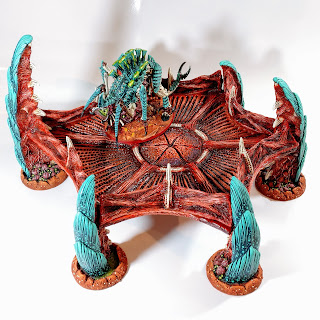 It's only justifiable purpose now would be in support of a painting competition entry - modesty aside, it's one hell of a centrepiece, but in most of the tournaments I've been to it's made an appearance so perhaps it's time to go into hiatus... 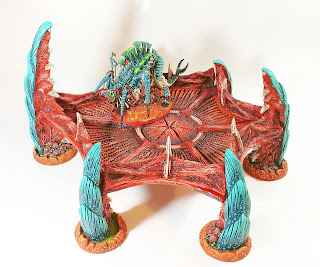 On the plus side it was a nightmare to use in game and always a pain to transport, pack and then re-pack. I can't say I'll miss that. 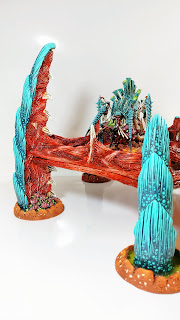 But it looked awesome in the battle reports and despite it's awkwardness was often handy to transport the Tervigon and 30 gaunts from table to table - it was it's very own tray ;) 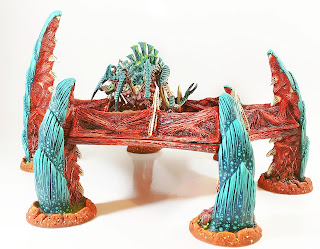 Still, at least taking these pics gave me a chance to patch up some of the paint chips on it :) 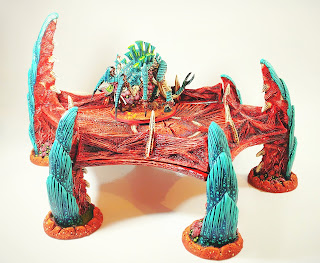 And when I put the Tervigon on it for scale, made me realise this Tervigon is my favourite model, of possibly everything I've done. 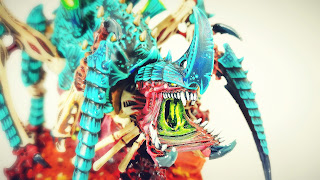