WAAAGH TIME at the Scythe and Teacup 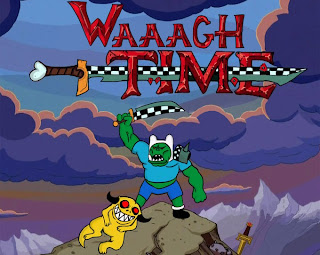 The Scythe and Teacup is a gamers cafe in Liverpool. Mark, my local gaming club car share buddy from round the corner works there and has put on regular tournaments for 40k. Up until now I haven't been able to fit it into family life, they finish late on Sundays and usually that's family time. Anyway PeteB was going and at £7.50 for three 1850pt games in 2hrs 45mins I thought - why not? To round it out I also took the nipper who played with PeteB's nipper all day - not bad considering it was 10am to 11pm nearly.

Anyway the tournament was 18 people and it was not random pairings but you went up against folk who had been as successful as yourself. Thanks to some success I managed to achieve second place overal and came away with this rustic but still dinky trophy. 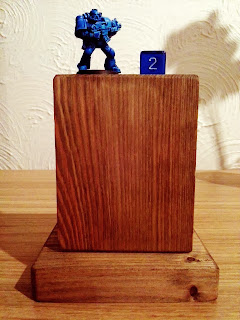 But also £20 in store credit! Wow, real world winnings! At this rate I think I'm going to need to add an awards section to the blog ;) Anyway, I may use this to pay for the next tournament in October, or perhaps hold out until November and if the new Tyranid Codex comes out then this could cover the lions [or chould that be Lictors] share of the cost. 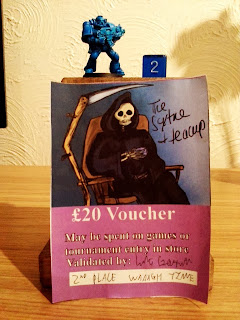 Not only that there was a painting competition, however the rules were that only Infantry from your list could be entered. So I took my Ymgarls in my list, mainly for that reason but also so I could have yet another thing come from reserve alongside the Doom, Devgaunts in a pod, Mawloc, a second deep striking Flyrant and with my Warlord Flyrant having Hive Commander an outflanking Tervigon! Beta strike shenanigans! 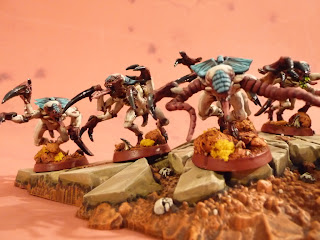 Anyway, there was a bit of a mix up when it came to the time to enter my Ymgarls and I was told it was not Infantry but troops, so instead I handed in my 10 'adrenal' gaunts. 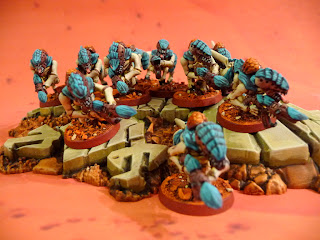 It was a 3 vote system where your 1st, 2nd and 3rd choice got 3, 2 and 1 votes respectively and I managed to win best painted figures too! There was a nice Dark Eldar unit and some very clean Wraithguard so I was quite surprised to win. The prize was my choice of 8 paints from their 'Miniature Paints' range by Gamecraft, which looks to be a local hobby company. PeteB said they're not bad paints, if a bit glossy so I picked my 8:
Anyway, battle reports to follow.