What can I say this was an awesome event. I came away with best Fortification, although there was only one other competitor. It's still validation for the Tyranid Bastion, it was built afterall to see if I could do it, to see if it was worth taking and to be entered into this kind of competition and I think I've answered all those questions. 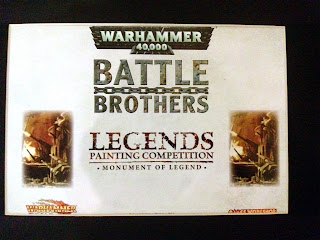 We also got nominated for best army, which was cool for Dan and I too. 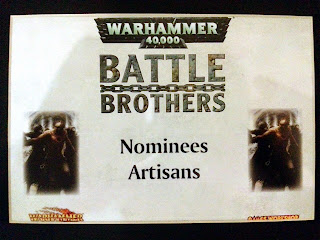 But more importantly we cam second overall out of 68 pairs. I really think it was that last game, where I was starting to flag Dan had an overview of not just the game but the whole event and that by securing even more VPs could raise us up the rankings. I had absolutely no idea how that worked so Dan was carrying us through to success here. 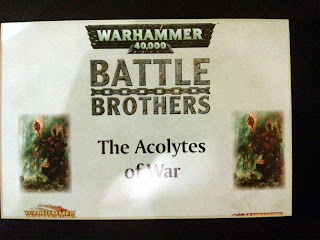 Here's one of my army lists that I print out and use to keep track of what's going on for in-game and post match battle reports. Every opponent got a copy of this as a memento and a pack wound markers and free sweets. I know that that's creeping for the best game votes but I found out afterwards each Battle Borther was entitled to cast a vote and each vote was worth 3 VPs giving 18 VPs total. It's totally worth the effort but somehow we only game away with 2 votes and I think they were from our last match. I think this was the only disappointment. Granted you feel obliged to vote your last game as the best some times but I thought we'd been bloody good fun throughout - still something to work to next time. 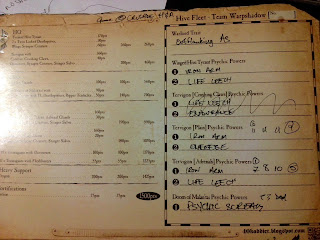 So overall it was a great event, a real success and Dan was a great guy to game with. We had a number of setbacks but even then there seemed to be plenty of options left to get the job done. Where in the past I've felt Tyranids don't have that strength in depth we may well have swapped it for versatility - if the Tervigon goes, throw in the Trygon, need to stop their gunline shooting assault with the Flyrant. Need to get their attention - DOOM! Great games and a surprisingly solid list. Of course it requires three Tervigons which I don't have and I can honestly say a second pair of hands and a second brain to move them was equally important in getting our turn done and dusted fast. We may be having an Apocalypse battler soon, nids versus Chaos/Guard so it will be interesting to see if Otty and I have that same symbiosis?

Moving on a new thing I spotted in Bugman's Bar is they have some wooden plaques up showing winners of tournaments - Throne of Skulls etc and this sign for Most Sporting Players. 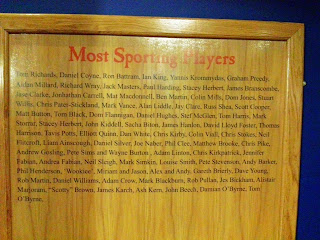 Which includes my mate Liam, immortalised for all time. Also on there was Phil Clee, the Dark Eldar player who tabled me at my last Throne of Skulls. This is something GW didn't have to do, the map of the Warhammer Olde World has made way for this. It's had to be made and will be updated regularly and they've even done it retrospectively which is nice. Totally approve. 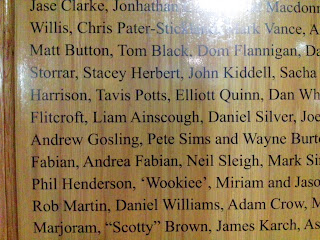 Here are the awards: 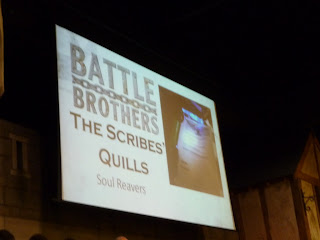 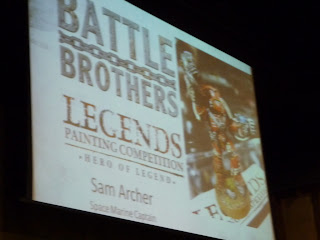 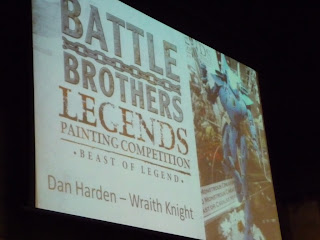 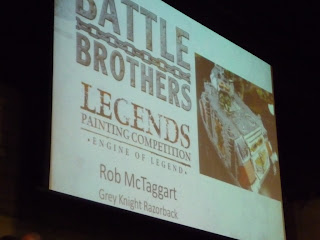 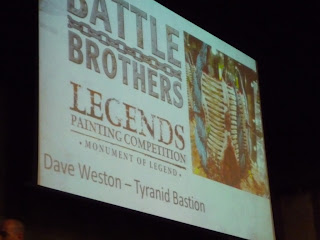 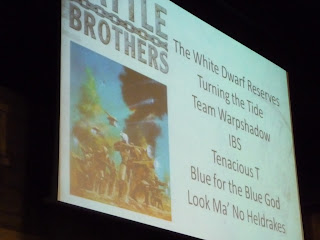 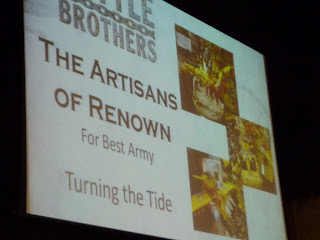 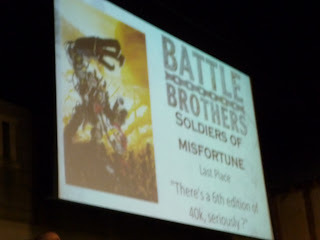 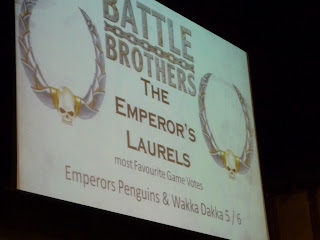 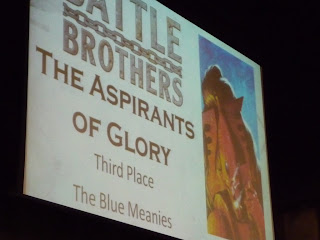 2nd place for Dan and I 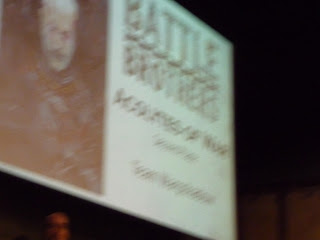 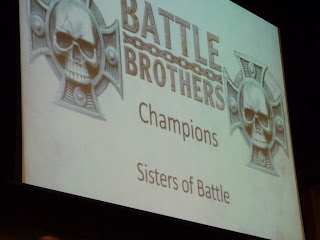 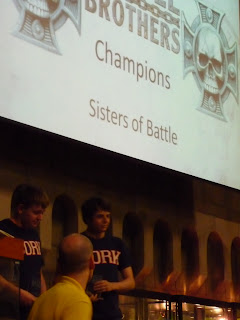 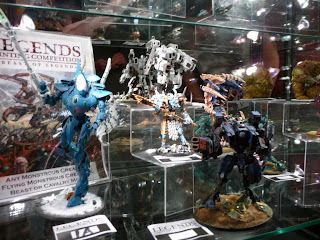 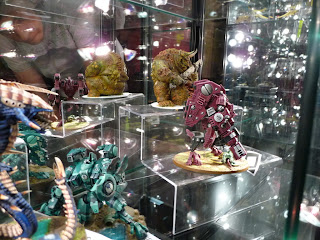 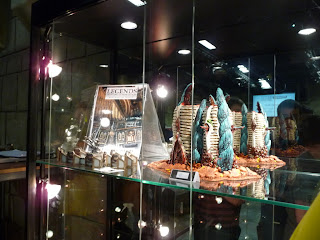 The Termagant I entered for a laugh in best painted miniature! 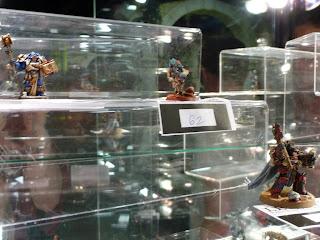