I picked up some more bits, this time from the-bitz-store on ebay. Primarily it was the High Elf Dragon wings to make my second Winged Tyrant but also got a Land Speeder Storm Missile Launcher to kitbash as a Cyclone on one of my Deathwing, a Dreadnought base to do my Mortis [eventually] and a Trygon Prime tail to create another emplaced Tyranid weapon I cannot use [or can I?]. However, the last set of Dragon Wings they had in stock seemed to fly away before it could be despatched so they refunded my money immediately. Instead I was forced to go to www.bitzbox.co.uk and get a pair from them which cost me an extra £1 in postage. Still they all arrived super quick, along with a Land Speeder I picked up for£8.69 all in! 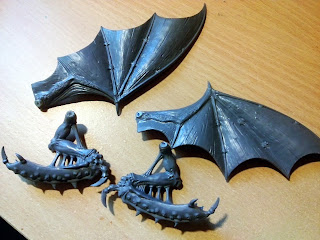 And they were super easy to magnetize. I've learned how to deal with the drill now. As the bits get bigger they digger deeper into the plastic, they really tore through the Swarmlord swords, so this time as it starts to bite pull back and it doesn't bit deep enough to tear the plastic too much. 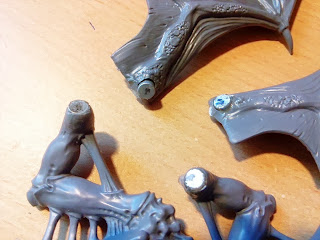 It's been a long time since we saw my old metal Hive Tyrant. And I think the wider arms on the left work a lot better than original pair from my current Flyrant as seen in the old pic on the right. 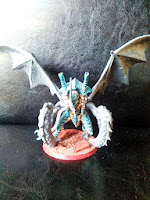 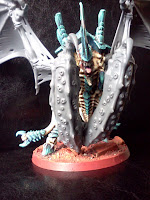 I didn't need to do any tricks to the wings either, they naturally fall into that position and the Devourers hold them in place. 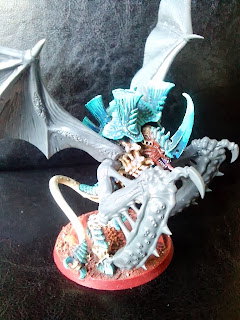 As their a little variations in the wing texture running down the membranes I may look to do the membrane effect from my first Flyrant in a different direction, just for more variety [I'll probably screw it up and cry, we'll see]. 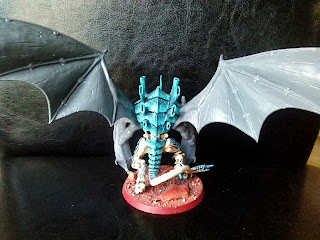 Still have to check this an my current Flyrant side by side to compare wingspan. I think they're the same but this has slightly weedier arms. Still going to add some Milliput to cover some drill holes and hide the magnets a bit more. 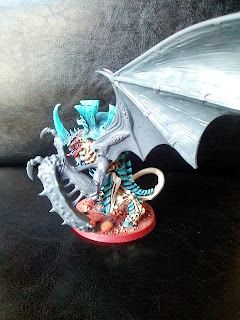 Alternatively - I give you the Swarmlord. 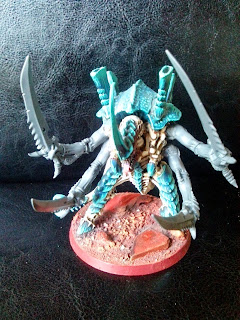 Not the most exciting poses in the world but that's the price I paid for versatility. 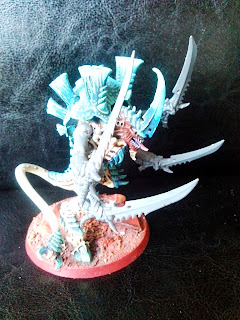 I'll also have a go about neatening up the Tyrant, some of his paintwork is chipped/sloppy. 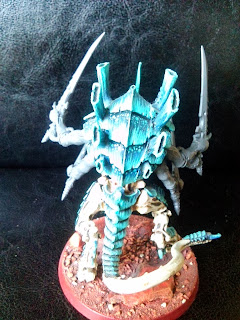 Once again it's another thing I can get done to add to my Armies on Parade board, so it'll be done by the end of the month. 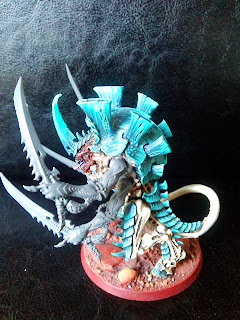