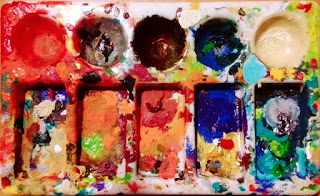 A little over 6 weeks ago I did a little overview of what I was doing and how that was fitting in with my 'To Do List' and whatnot, the top four items weren't even on that list:


As you know by now the Bastion has been finished and having just played in a tournament what usually happens is I hibernate for a bit, sated in hobby glory. But I really need to continue with my momentum and so in the next few days I'll take stock of the stuff I need for my next projects and sadly that means everything else in those list will have to go back into storage!!! WHAT?! Yes the poor old Dark Angels are still Unforgiven!

I'm really quite saddened by that but needs must, hard decisions had to be made because despite my urge to finish off my Tyranid itch it's still there. This is in no small part from the massive support and enthusiasm from readers and commenters on the blog and forums I've been showcasing the step-by-step progress. But why am I dumping these just as they're getting good? Well...

Had you forgotten my Armies on Parade challenge to myself? Well that's about 6 weeks away to do the board and I think I've got enough 1" think foam to do the 2'x2' section, with a hill so that will begin in a week or so, just need a piece of hardboard or MDF for the base first. 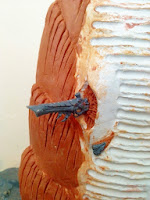 Then, if I've time I'll try and make some Capillary Towers. I suggested it was possible with the Bastion templates and I'll give them a go and maybe prepare some shorter ones too so we have a bit of variety. I'll also use some coloured pop bottles so you can get a better idea of how the plates work.

And then I have another thing I may as well get on with while I'm in the mood... 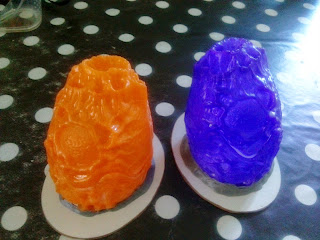 That's right my two Plasma Hatchers Mycetic Spores AND they ARE on my 'To Do List'. These will be getting Chitin Plates on the base, like my own pod, some tentacles Milliput tentacles sculpted on [unlike my own pod] and crater similar to what I already have. These will be my secondary choice of pods for when I have to field two or more, say a Doom and a squad of Devgaunts in your back field - NICE! I want to try a little more Reserve shenanigans.

I've a couple of other long term ideas mulling around but not before September and as you can see 6 weeks is a big difference. I'm also going to try and get a handle on this micro-blogging lark, obviously not this and not my upcoming Battle Brother reports, but given the Bastion is complete and grainy shots of it have appeared in the wilds of Nottingham there are really no more surprises. When you add in the fact my painting progress usually runs the same route there aren't too many revelation in that too.

So I hope you don't mind a set of brief descriptions to some picture heavy posts while I get on with the next project and if Warhammer39,999 is good I'll try and time it all too. And there you go, you know as much as me... yeah right, you have absolutely no idea what madness I've got brewing and I need to get this junk out of the way so I can get onto the good stuff!