How about a '3fer' on the old Bastion? With the cat out of the bag on it I should be racing through these now and in the spirit of micro-blogging this is just the undercoat - Red Oxide Primer, it's a much better coverage than my white so I'm with it. Also sand has been applied to the base edges. 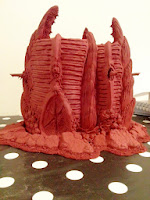 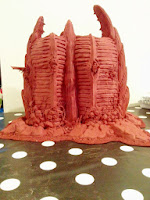 And on to part two. I decided that given the dry-brushing of the base was likely to be messier than the actual painting to do the base in on go before the rest of it. It's quite a bizarre sensation to see part of it 100% completely painted while the remainder has still so much to do. 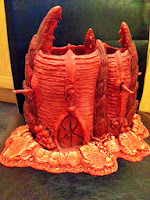 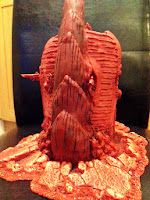 Most of it adheres to my Red Planet Basing formula, just scaled up and using some of my slightly cheaper paints. Additionally you'll notice then Chitin plates received a wash, not sure why, maybe I was of the opinion that the blue wouldn't cover everything so it was just belt and braces against seeing red in all the nooks and crannies instead of black/shadows. 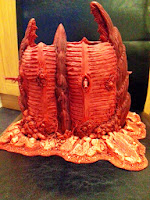 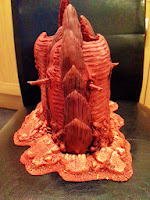 And the 3rd part, just a base coat of BoneWhite. 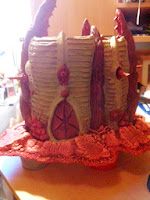 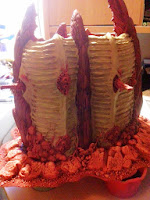 And in slightly better lighting, but this is the culmination of 3 nights work. 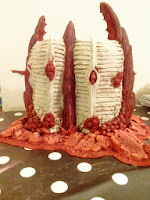 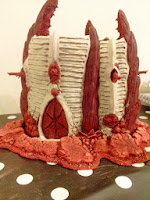 So much for the micro-blogging!