Necron tactica and showcase from my mate Ben pt2

Here's the second part of Ben's Necron tactica and army showcase [thanks again for putting this together Ben].

Troops
The necron warriors are a cheap troop choice durable and their gauss blasters can always glance vehicles.
I always take 2 big units of immortals with teslas. The tesla weapons are amazing the extra hits rule makes them great at snap firing and the high strength gives them a chance of wounding even the toughest opponents. 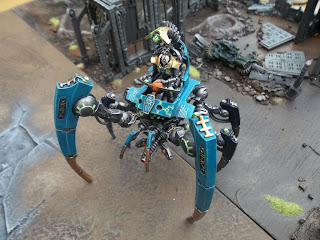 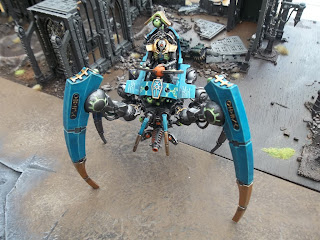 Triarch Stalker
Its targeting relay helps the troops hit making their weapons twin linked if they choose the same target and its heat ray gun is a great anti-armour weapon thanks to its 2 shots and melta rule. 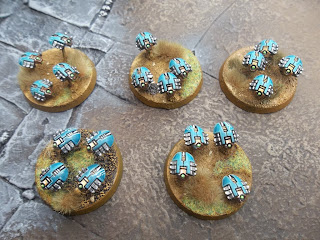 Scarabs
I put these in to slow down the advance of an assault army and to rush forward giving my opponent an immediate threat. There entropic strike rules can also help pull the most heavily armoured vehicle apart. 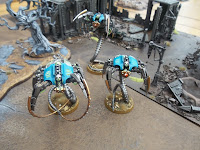 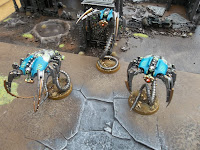 Canoptek Wraiths
These are my assault troops great invulnerable save and good in close combat the whip coils can help them get an assault in before my opponent, without this they tend to go last. 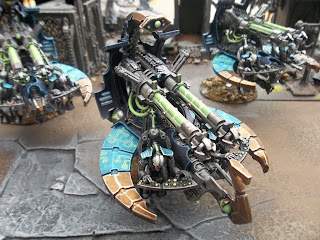 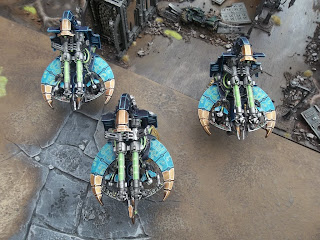 Annihilation Barges
All my barges have Tesla cannons and Destructors. The twin linked Tesla Destructors are phenomenal. High strength multiple shots I have found they are even great at shooting down flyers thanks to the special tesla rule. As if this wasn’t enough they are hard to destroy good armour and jink saves. 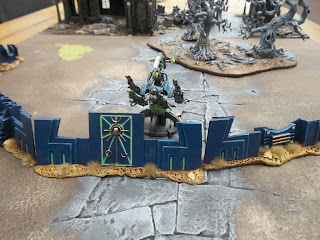 Fortifications
Finally I took an aegis defence line with a quad gun. I made the defence line from one of my monoliths as I found they aren’t any way near as good as they used to be and to be honest it makes quite a good defence line. 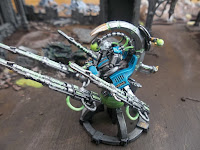 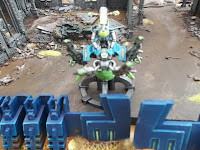 The quad gun was made from left over monolith bits a tomb blade, and I used gauss blasters from the tomb blade kit making them longer with sniper rifles from the deathmarks. The defence line was something that perhaps I didn’t need in my list but my fear of flyers made me take one. In its defence (no pun intended) it did intercept and blow up an Imperial guard Vendetta.

I have found this necron list very very good and believe you would have to be very unlucky to loose with it. I played 5 games at TOS and numerous games with Dave, Otty and Liam and have never lost. During TOS though I was matched against a fellow Necron player and, even though I won, I realised how frustrating and in many ways soul destroying it can be to face a Necron army. Consequently I haven’t played with my Necron army since. 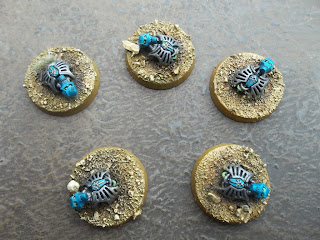 I have been battling with one of my mate Liams armies, which he has kindly lent me, Imperial Guard. I have now gone from one extreme to the other, from always winning to always loosing. I have found Imperial guard very hard to win with but to be honest asides the games where I have been tabled (thanks Liam) I have enjoyed the games a lot more. Trying to win with a poor codex is much more fun than winning with the best one and I believe Necrons are the hardest race in 40k. To back this statement up Necrons where the best performing army at the Throne of skulls we attended having the highest average score.