Russian Tyranid fanatic and fellow 40k addict Erle had a simple and effective tutorial on making your own Mycetic Spore. I've seen a couple of plastic balls covered in Hot Melt Glue but I think this was the first I've seen where gravity was used to make the shell/tendrils droop and then the ball was positioned at an angle, instead of letting the glue just drip down onto the base. 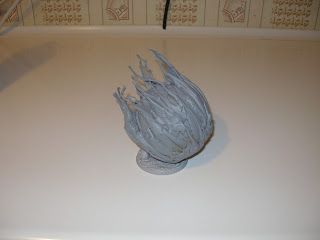 Anyway check out his blog and the tutorial here:
http://hive-fleet-hyenna.blogspot.co.uk/2012/08/mycetic-spore.html

Dead easy to do, cheap and effective. You could even go a step further and add Chitinous armoured plates to the front of it so it had something protective to hit with similar to my own spore pod... 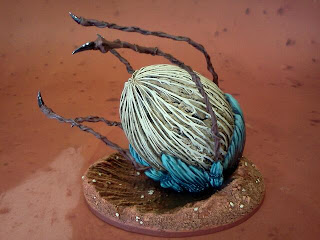