Day 2 of Throne of Skulls and perhaps I'm slaying all-comers for the Great Devourer or perhaps I'm being spanked atrociously. However the new kid on the block, star of the show is my Magnetized Winged Hive Tyrant, who actually has a name - the Scourge of Oktavia [fluff may one day follow]. 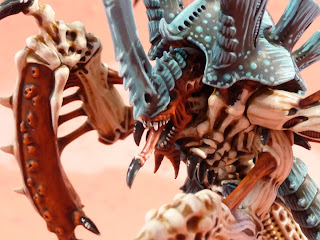 So this is pretty much a photo bomb of it complete. A lot of pics in front of my Ferron Proxima battlemat which has somehow given it a washed out look, damn those new Halogen bulbs. 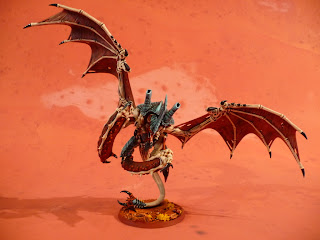 Anyway, later on there are some in natural light against my dining chairs which make the colours pop a bit more and you can see it being built piece by piece thanks to the magnets. Devourers look overlarge in this but I think thats more to do with the close-up shot. If I'd have stepped back and used the zoom the proportions may make more sense. 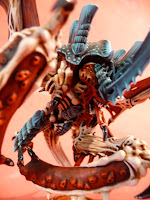 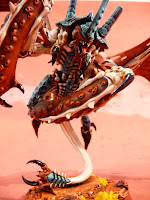 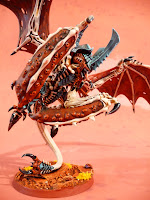 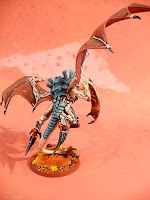 Gotta love that Chitinous tail, not too much and not too little. The veins are just visible, although not quite as sub-cutaneous as I'd hoped. The stripy bits do work well, with the veins being something you only notice as you look closer. 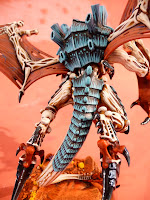 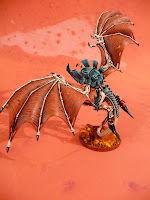 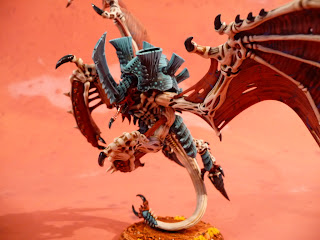 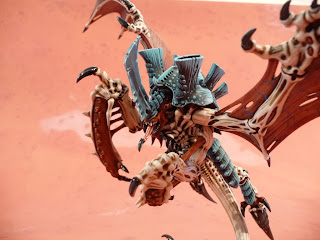 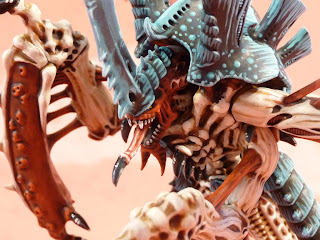 Here's the Scourge in pieces, I'm so glad I started to put some of that yellow Gale Force 9 flock on the bases, really makes it pop. 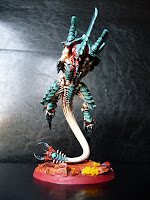 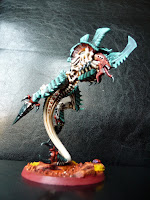 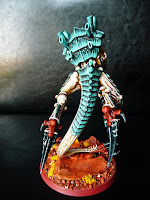 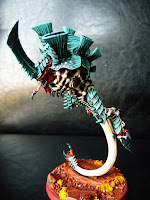 As you can see a little Adrenal Gland is out for a stroll, looking for a new host and the stripy wood grain tail really works. 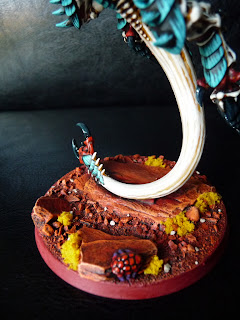 The top of the carapace. 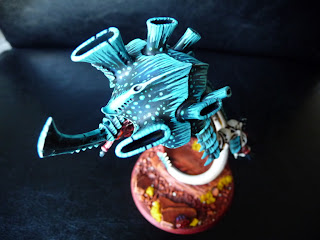 Left wing on, you can still just see the sepia marks - damn them, but underneath it's not so bad. 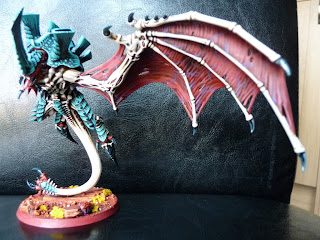 Here's the stripy wing effect on top. It doesn't hold close scrutiny [nothing of mine ever does] but as a whole the effect is what I hoped for and it tidies up most of the Sepia problems. 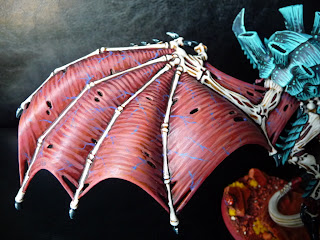 Like I say the veins are still a bit too much on the surface, too blue to look as if they are sub-cutaneous but never mind. 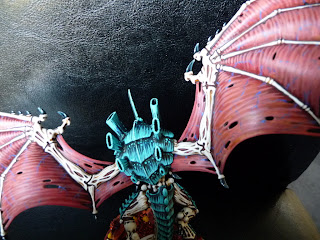 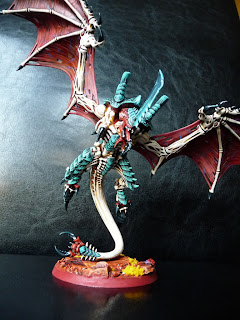 Some more Vermilion on the Devourers make it even more angry and raw looking, just like in the fluff, whether I add some X27 to the mix who knows... 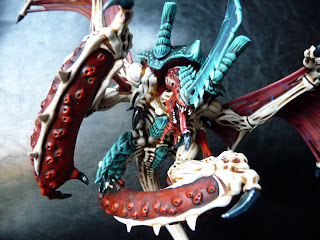 Anyway, I'll no doubt be online at some point to let you know how I got on with him but until then I hope you like it