My mate Liam, he of the scratch built Warhound and Warlord fame [I may have to change his title after this] has sent through his latest creation, yes that's right a full-sized Chaos Space Marine Helmet! In actual fact this is his army list for Throne of Skulls! It would seem that after November where is awesome leather bound  hand rendered Dark Eldar tome was pipped to the best army list prize by Otty's Tyranid Inquisitorial Encyclopedia that Liam decided to go the extra mile hence... 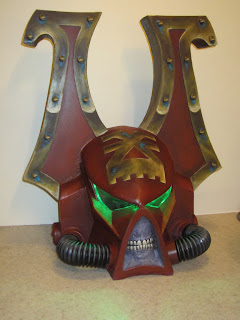 Here he is actually wearing the monstrosity and believe it or not that is an actual dental cast of his own teeth in the front there! 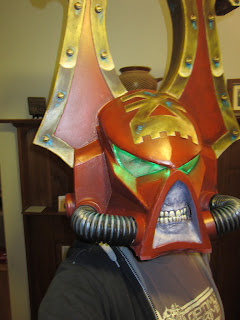 As I said, it's his army list and I believe that's it hand painted on the non-metallic metal brass plaque on the back of the helmet there! 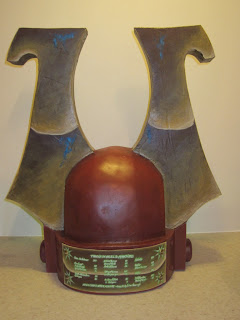 And in case you were wondering what it was like inside, with the LEDs and what not voila, here's a peak inside an actual Astartes helm you'd have thought it'd be a bit more techy but no progress is not the Imperial [or even chaos powers] way now is it! 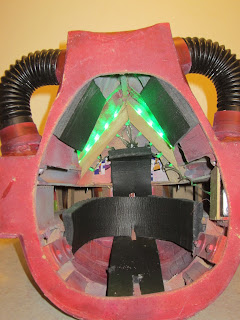 Anyway, ToS is this weekend so I'll try and do some decent battle reports again.