My mate Liam, he of the scratch built Warhound and Warlord fame, and his Chaos Marines

Well you must have been good so as promised here are the pics I took of my mate Liams Chaos Marines, he of the scratch built Warhound and Warlord fame. Firstly his Chaos Lords and Chosen from the Dark Vengeance box. All his bases have broken chaos symbols glowing with ethereal light. 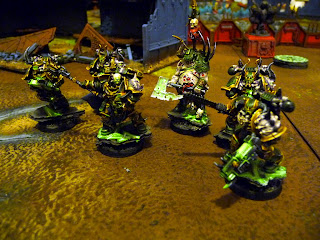 The leader of the Chosen. 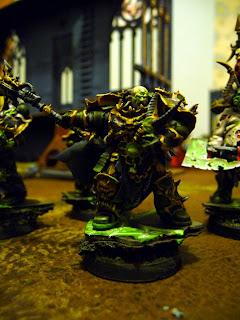 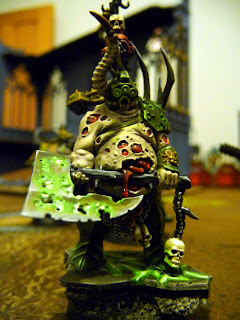 Alongside some of his brtheren. 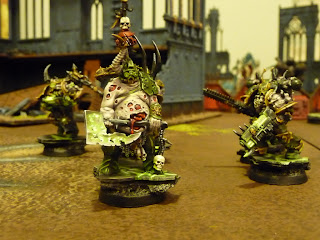 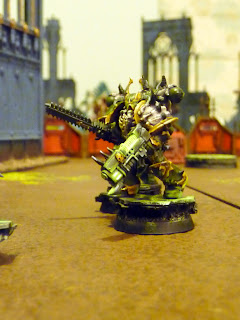 Kharn the Betrayer and his Khorne Marines. 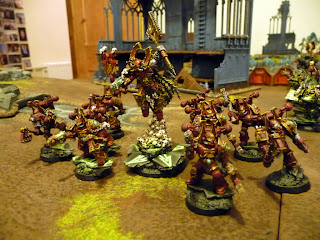 Having based Kharn on the mound of skulls the normal 25mm base wasn't sufficient so it magnetically attaches to a 40mm base so he can be more stable. 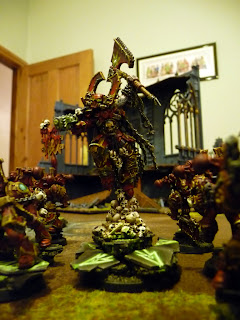 The Khorne Marines are awesome, although I'm not 100% convinced with the running pose on the left - there's something comical about it, although I wasn't laughing when these guys tore through my nids so what do I know! 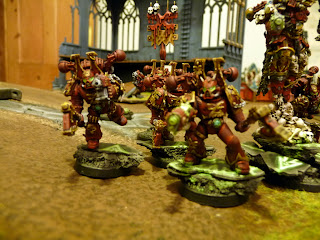 I love the green glowy effect. 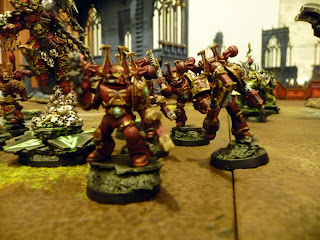 Seriously you wouldn't believe the quality of these kit-bashed Defilers. The actual weathering effect is super detailed and apparently the same effect will be matched on the Aegis. The effort put into the weathering achieves an amazing trompe-l'œil effect where there looks to be far more texture in the rust than is actually there. In person it actually looks like Liam used Photoshop to print the red panels and just glued non-metallic metals onto the printed sheets! 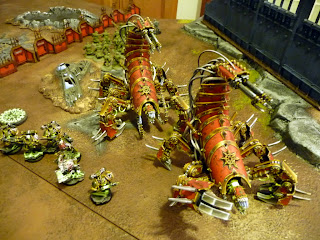 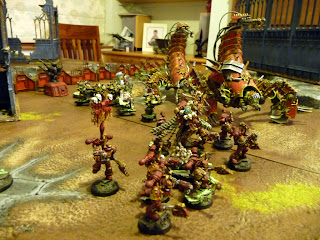 Here comes the Heldrake and you can see the Chaos star that Liam cast and used broken on the Marine's bases. 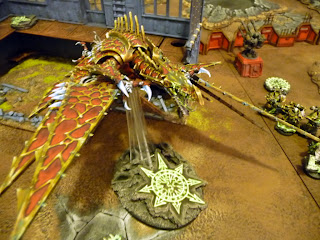 Here's a close up of the star. 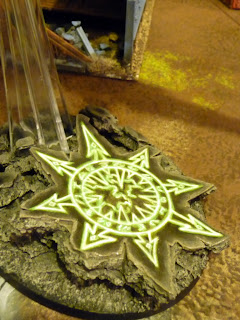 A couple more shots of the Khorne Marines as I was trying to get the lighting right for the pics. 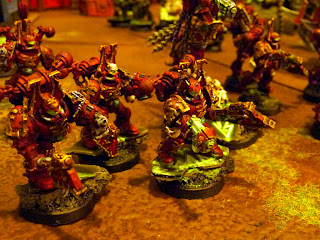 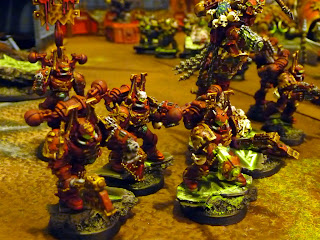