It was with some relief I did in fact finish these guys ahead of the new season. It doesn't really matter either way but having set out to do them to a deadline I do feel good about achieving it. It doe smake me think I should have some sort of cut off point for inclusion though as running so tight to the deadline is a little stressful to say the least. 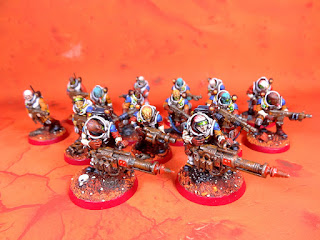 The pictures are a bit hit and miss in places but there are obviously MOAR shots to come that might help pick out some more details. 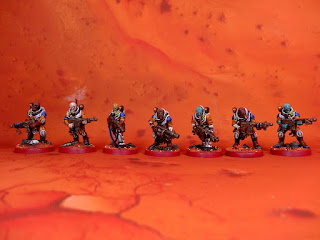 I'm beginning to think these are far less 'ragtag' than I intended, although they are grouped into the half orange and half red so I guess they should match up a bit. 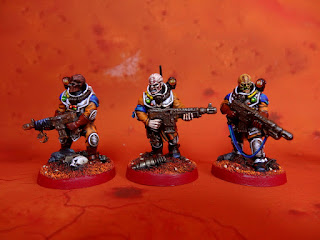 I certainly think the diversity among the Hybrids works which is a relief. Some elements I'm not as happy with but the diversity I think is really interesting and allows scope to do a whole unit of 'Turqs' fo instance. I was looking at getting one of the Imperial Guard starter sets which I'd have as Turqs to further link up with the Rogue Trooper-esque element. 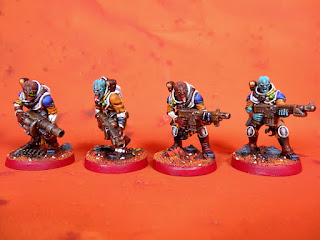 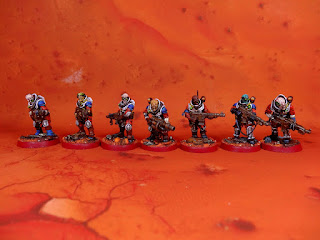 I love the guys with the goggles. 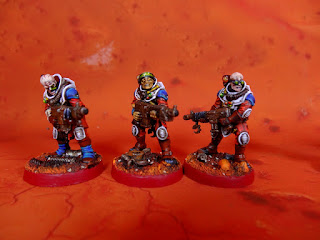 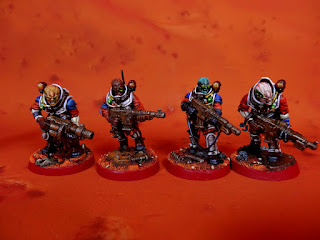 All of them together. Now I didn't get round to doing the completed Free Radical Collective just yet, perhaps that will come with the Armies on Parade board. It has made me automatically think about the second Deathwatch Overkill box I won in the raffle at Double Trouble. I can't imagine I'm going to throw all those Hybrids onto my freshly minted 2017/18 To Do List, but certainly the Aberrants and Familiars might creep into the mix before the end of the year. 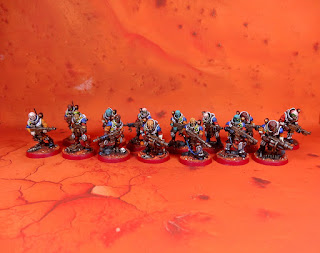 White background shots because apparently having shared some of the Ferron Proxima 'context' shots I've recieved some criticism about how bright the red is and difficult to see. Certainly an issue I can appreciate but Ferron Proxima is my thing and I'm not about to give it upjust yet, 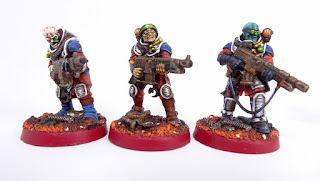 You can see here how I purposely held back on some of the highlights on the lower legs. It still feels like I was cheating but I think if I'd used the same highlights as the trousers and jackets it would have been too much. 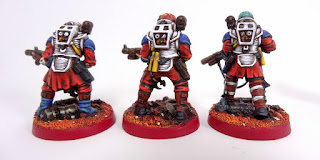 Top down view so you can look at the patination on their heads. 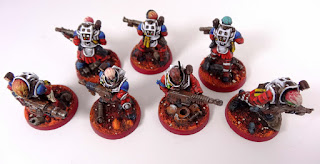 I love the grenade launcher guys. 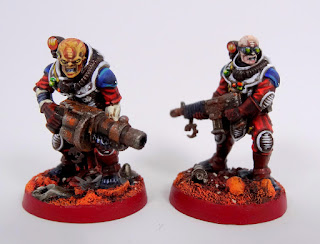 OSL on the mining lasers potentially suspect and I could have perhpas picked out some finer details on the weapon but i just wanted them done at this stage. 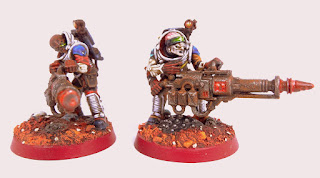 The replacement drill heads could have been a little better as well as the back pack but again time constrainst and patience with the project meant this was as good as it got. 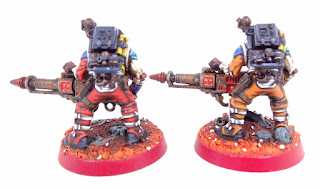 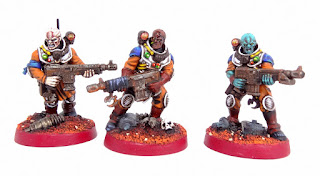 I love how these remind me of the Star Wars X-wing pilots uniforms. I am considering the next set potentially wearing black environment suits but I don't know whether I should just stick with the white. 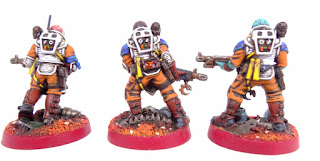 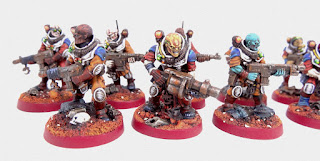 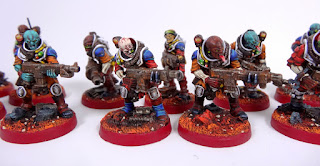 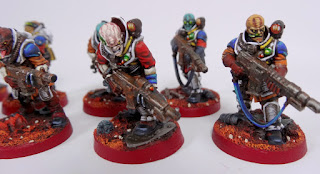