Apologies for the delay, usually I post around mid-day, y'know so you can get to read the blog during your lunch but for one reason or another I couldn't finish the post until now. Obviously that included taking the pictures of my completed Acolytes. 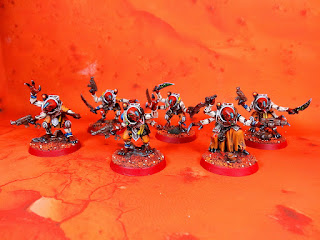 Currently the Neophytes just need varnishing and they're complete, although I won't get they're 2016/17 Hobby Season To Done post until after the Season review. I've put a huge amount of effort into getting them done before the new season, I'm not about to give them a Great Big Gamboge Stamp of Approval when they're entitled to a Purple one. 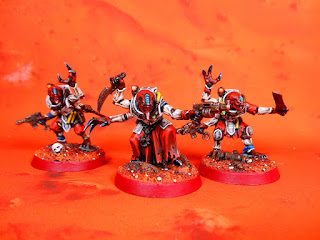 But the Acolytes, well they're TO DONE! 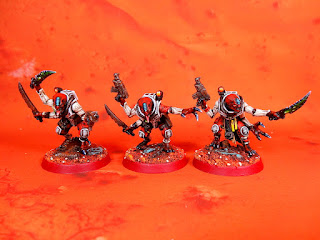 And the light box is delivering some fairly decent pictures I think. 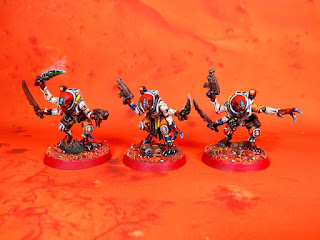 I think the first generation hybrids are my favourite, in particular the kilted ones. 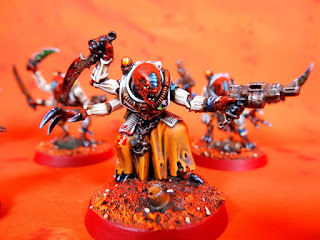 But I think they make a nice group and actually far more cohesive than I gave them credit. They're still a bit 'busy' but tie together quite nicely. 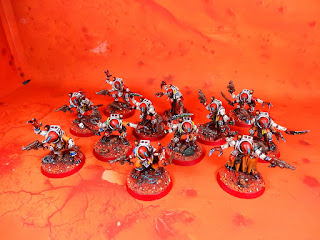 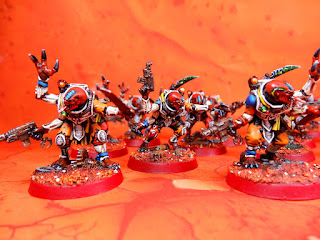 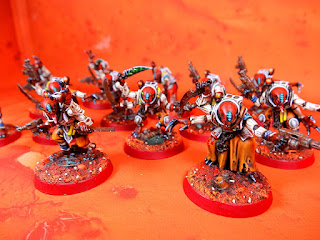 The Tyranid Bone-knives came out pretty cool too. 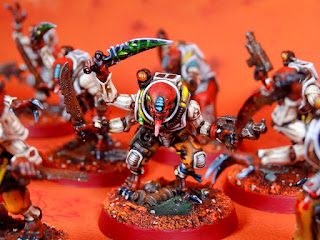 While same of the other blades got a healthy dose of gore and blood spatter. 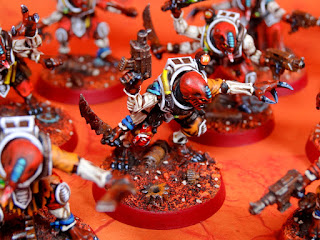 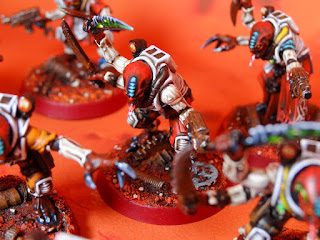 And on a white backdrop. 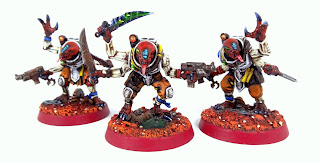 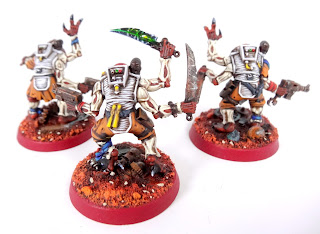 Some of the detail on the back, lights and stuff on the environment suit. 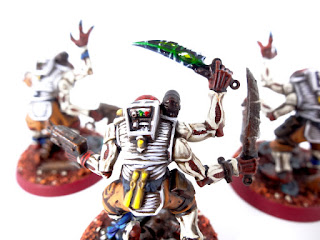 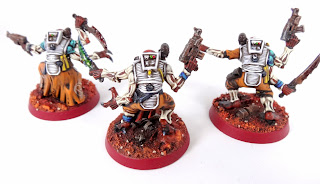 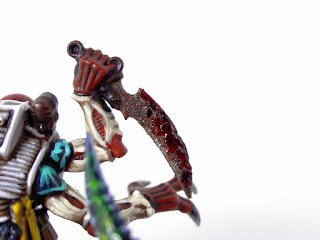 I may well kick myself I didn't do more Free Radical Collective symbols but the four I did do came out really well. 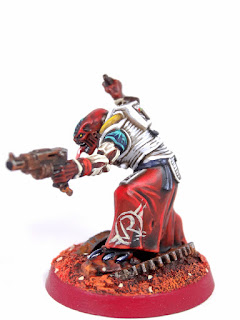 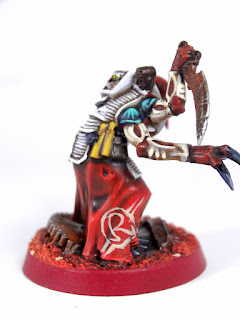 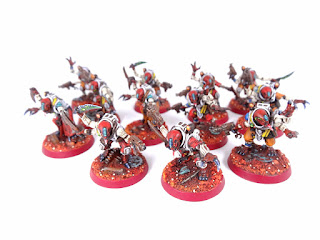 So here's the Big Purple Stamp of Approval. As usual I've got some Moar shots from my phone but they'll be in a separate post in the new season [but retrospective]. As I said before the Neophytes won't be revealed until the new season either but they'll be finished over the weekend, so they count. It's been hard and tiring getting these done and I'll be glad to move onto some other things but with less of an immediate deadline to worry about - I have until October to get my next two things done...