Having settled on my Ravenwing as my 'projet du jour', it was clear I had to go off list. Technically the Lictor is on my Great Build list so I'm not too bad. Now, we all know the Lictor pose is pretty static and with five of them in the Forest Brood and Assassin Brood they'd all look pretty unispired without re-posing - there's only so much you can do with those arms and talons. Which lead to this... Now I know the pose is a bit goofy, that left hoof could do with pointing back [like the old skool Genestealers], but this is still potentially possible. I must say the pose looks more 'unnatural' in the pics than it does in real life. The sinuous flow that should be there is mroe evident but even so the pose could have been better. 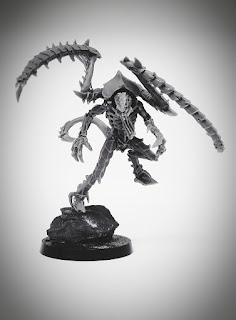 However, I like to do things quick and dirty, with the least amount of green-stuff/Milliput. If I can get away with pins and super glue gel I will. For instance you cna even see the right leg, in particular the middle section - that's on back to front! In reality it should be the other way around with all sortd of sculpted ribbing streching the joints between the ankle and thigh connections. However, turning it round cleared up that issue and gave the leg extension I was after without any sculpting requirement. 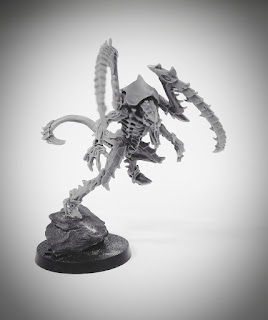 I also pinned his hoof join but didn't trust the strength so added superglue and two chunks of florist wire to add strength, whether it works is anyones guess. It's not perfect, I know, but he's been sat in a box for a year or two, now he's built and different. He almost looks like a baby Dimachaeron here. 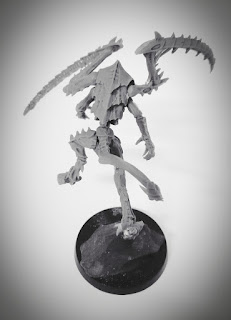 Actually, I just realised the pose isn't a million miles away from the Fulgrim pose, so if it's good enough for Forgeworld... 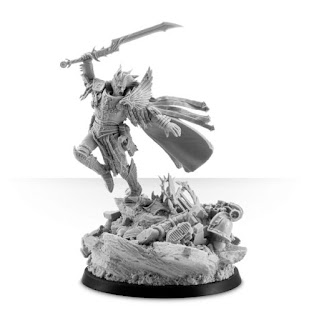 He won't be used very often so branching out into something more dynamic/scenic, even with it's flaws is something I can at least live with if not be chuffed with. Now, what about the other three? BIG PURPLE STAMP!