A while back I was discussing the use of tribal markings on my Dark Angels. This of course harks back to the Deathwing origin story that centres around the 'native American' inspired recruitment world that subsequently is represented in the redoecoration of the 1st Legion's armour. In particular this Paul Bonner illustration inspired me with the triple chevrons on the side of his carapace. The 'Lame Bear' icon was also evocative, although I haven't gone that far quite yet. 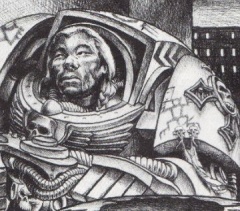 This Jes Goodwin concept also evokes the heraldry used by the Dark Angels, although less overtly related to native symbology [except for the thunderclouds and lightning] 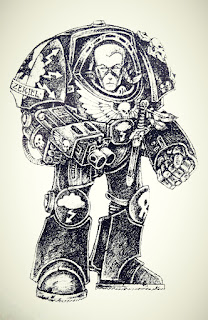 The more well known image would be this one however, with the Homeworld Symbols [including the storm icon no doubt building on Jes's work above]. The chevrons continue on the leg though which is where I'm drawing inspiration. 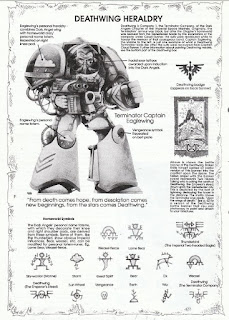 Incidentally I did come across these homeworld symbols a while back in case folk were after more inspiration. These definitely could form a starting point for folk to create even more icons. 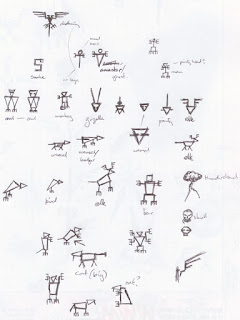 And this non-hobby related picture dictionay that could easily be incorporated in our symbology. 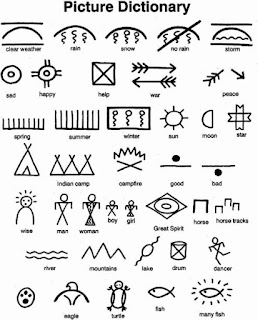 Amusingly, considering how the wealth of detail on most marines [well compared to a Termagant] is a personal pain when it comes to painting, it would seem odd I would then paint on extra details, like the chevrons. However, I really think these extra touches add a lot of character to the model and help make them that little bit different. 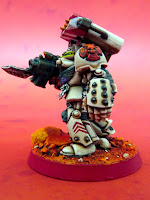 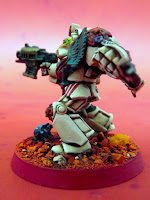 The use of war paint is also something I want to explore more of but my ability, coupled with the scale is something I worry about if it's anything more than ssomethign simple like the 'Bear Claw' tribes stripes. 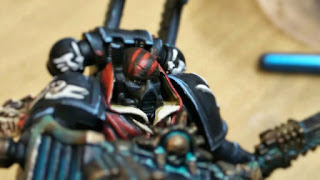 But they worked on the Dark Talon. 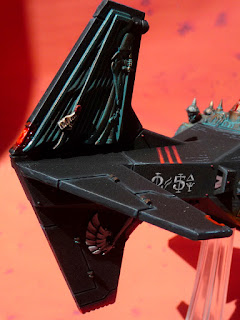 And the simple highlight itself was really effective. 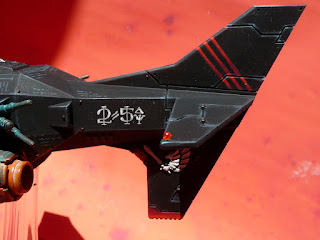 It was also a good way to identify a unit. 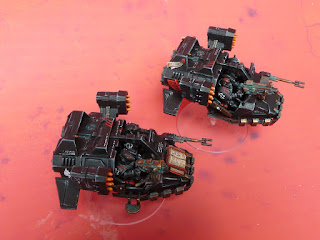 I'm sure my experimentation will evolve over time, so that eventually when the army is finished [yeah right!] I'll have adopted so many styles that the originals will need re-doing! ;)
Posted by 40kaddict at 12:21