Who do I get drawn against for game 3? Only Ben and his implacable Necrons! It's over a week since Birthday Bash, I'm still playing catch-up so as usual my recollection of the game will be very sketchy. 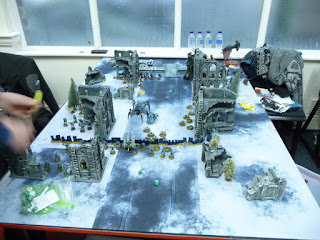 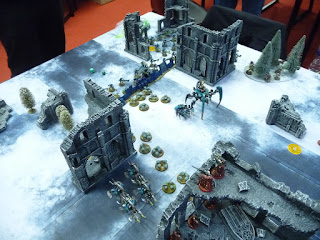 The Ravenwing hold my near flank, Tactical Squad the far flank. 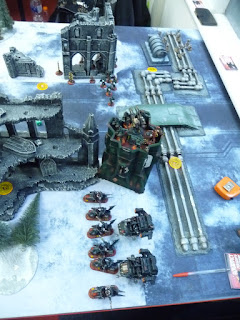 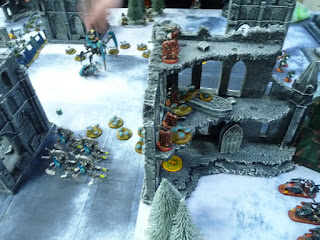 Stalker, Scarabs and Spyder advance up the table. Don't know what Bend did shooting wise but he came away with 2 VPs for Ascendancy and Supremacy. 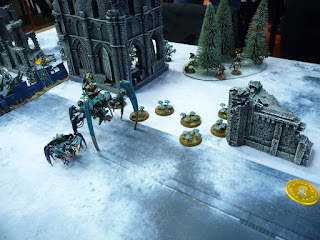 Dreadnought drop pod arrives behind the defence wall, the Dread taking a shot at the Quad Gun to help keep the Dark Talons safe [eventually]. I swing the Land Speeder Typhoons round the Bastion to get a lock on the Triarch, they blast away. 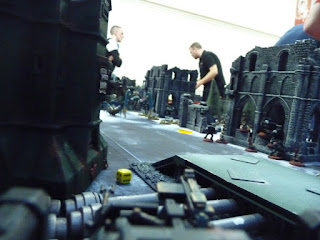 And it is no more! First Blood. 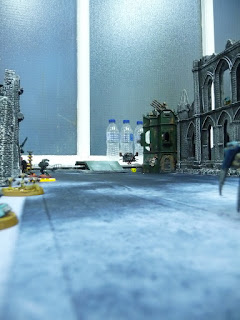 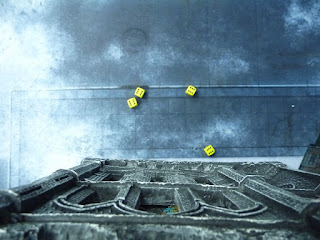 My bikes get into combat with the Tomb Blades, or what remains of them thanks to my shooting. 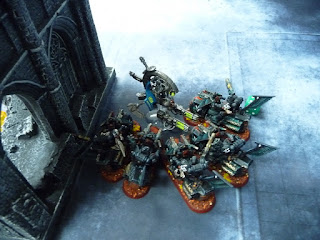 He couldn't survive those odds but the bikes don't consolidate far and the enraged Spyder close by seeks revenge. First Blood, Objective 3 and Behind Enemy Lines get scored this turn. 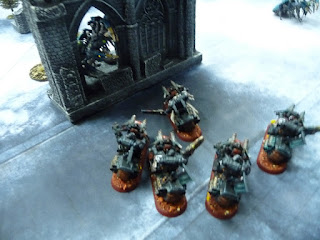 The Scarabs manage to reach the Bastion and disassemble it with consummate ease before my Techmarine can even affect any repairs. This nets Ben a VP for Demolitions and leaves me just 3 surviving Devastators. 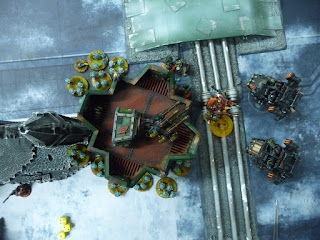 2nd Pod arrives, and I think the Dreadnought targets the Quad Gun again. 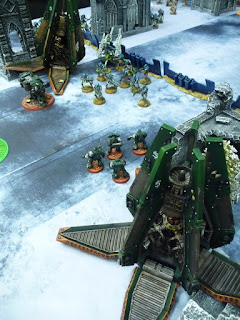 Just two bikes remain from the unit thanks to the predations of the Canoptek Spyders! I score no VPs 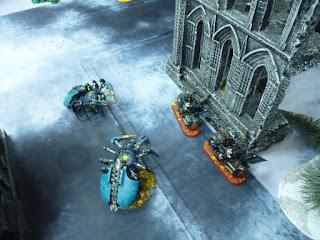 Flayed Ones that had infiltrated at the back of my DZ finally catch up with the Tactical Squad, killing them and leaving that flank with just a few Marines left from another combat squad. Ben captures Objective 6 for a VP. 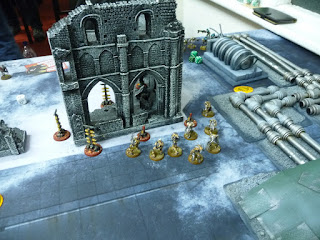 The Land Speeders manage to insta-kill a few Scarabs but move out of range to leave the Techmarine to hold them in combat. 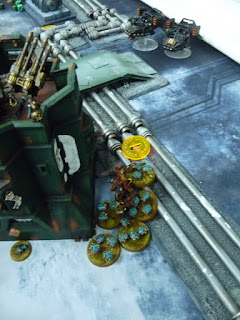 The Ravenwing must have been killed but their last known location is a beacon to the Dark Angel's finest who appear in a flash of light. 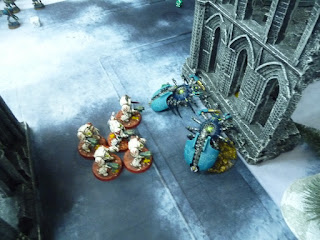 Flayed Ones join up with the Scarabs against the Techmarine who his systematically smashing the Scarabs to pieces. 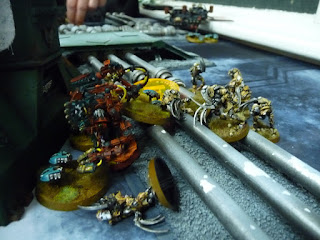 But he can't hold back their numbers and succumbs giving Ben Assassinate [and Slay the Warlord]. 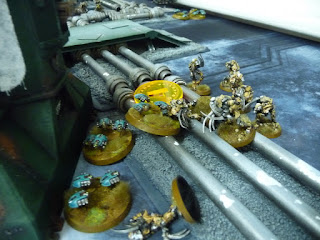 The Scarabs catch up with the Speeders and I'm lucky to come away with only 1 Hull Point of damage. 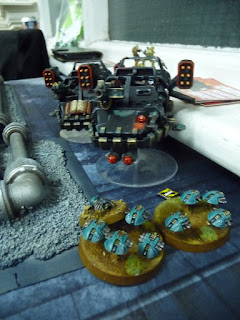 My Drop Pod gets destroyed, 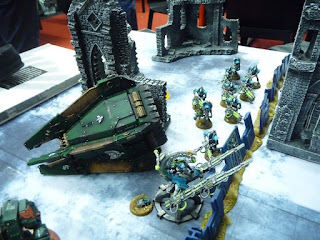 and the Spyders take on the finest of the First! 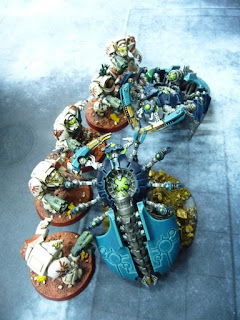 Two fall... er I mean not fall, we don't mention the Fallen, they die, that's it, dead, no more. But the remaining unfallen take out a Spyder and the last is wounded. Ben scores another VP for Obj 4. 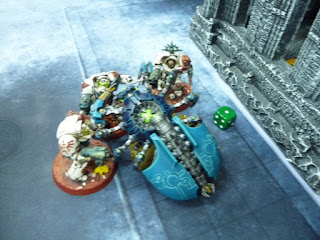 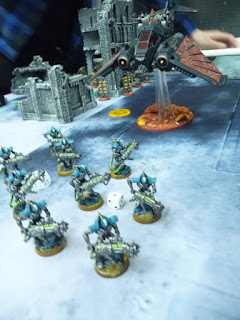 He blasts away with all his weapons. 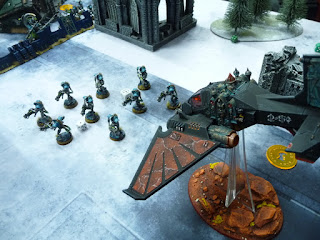 Killing one measly Eternal! Grr!. The Deathwing kill the last Scarab getting me Big Game Hunter and I also get Blood and Guts for 2 VPs 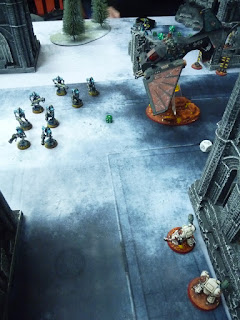 That's it, game over and it's 10:8 [Ben scoring 8 plus Slay the Warlord and Linebreaker, while I scored 6 plus First Blood and Line Breaker]. 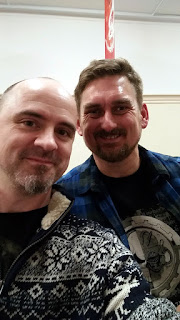 Necrons triumphant yet again but no bother, we had a great day and a good laugh. We were both exhausted at the end, made me realise I do not look forward to another weekend tournament if I feel like this after one day! Three great game with three great people.

I have some pics of the best army nominees to share and wrap up next...
Posted by 40kaddict at 12:01